South Africa: Let the Games Begin - the Battle for the Heart and Soul of the ANC Will Involve Hard, Soft and Smart Power

The ANC's top six officials are taking us for fools. We are wasting time mollycoddling both Ace Magashule and Jacob Zuma, and forgetting that there is a much bigger risk at play here -- that of losing our grip on the levers of power both in the ANC and the state.

In wanting to understand the current power plays and strategies employed by the various factions in the ANC, and now evidently also in government and Parliament, I seek answers from the vast number of theories out there about power and strategy.

According to some of these authors, "the term 'hard power' describes a nation or political body's ability to use economic incentives or military strength to influence other actors' behaviours. It relies on a measure of power propounded by the realist school in international relations theory. In the realist school, power is...

How Zuma Uses War Metaphor to Fight Allegations of Graft 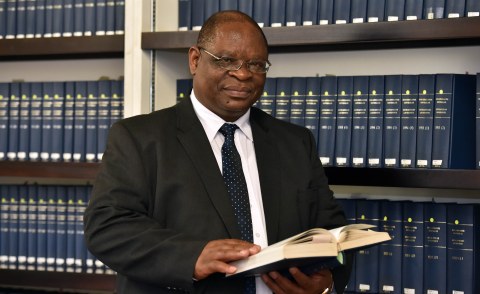 How Will Zuma's Defiance of South African ConCourt Play Out?
Tagged:
Copyright © 2021 Daily Maverick. All rights reserved. Distributed by AllAfrica Global Media (allAfrica.com). To contact the copyright holder directly for corrections — or for permission to republish or make other authorized use of this material, click here.

Meet the (Contested) New King of the Zulus
Labour