Senegal: Why Senegal Protesters Back Ousmane Sonko Despite Rape Charges 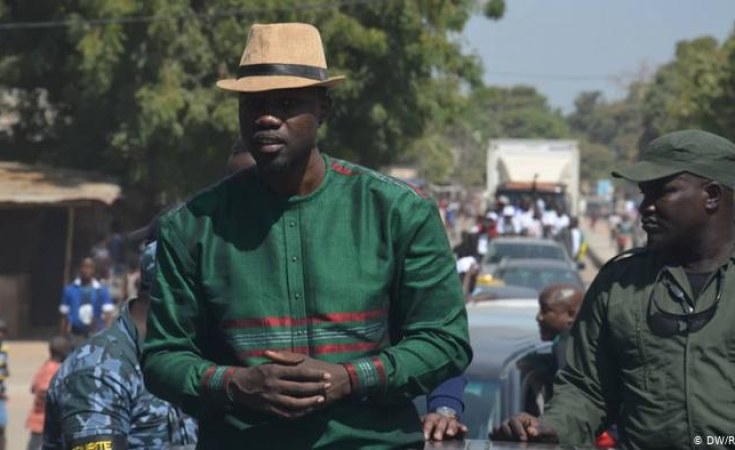 The West African nation has been rocked by deadly protests in support of an opposition politician who's been accused of rape. Young people seem to have lost trust in the government and are demanding change, experts say.

Burned tires, looting, tear gas and running battles with riot police: Such scenes have become frequent sightings across Senegal in the past few days. The country is bracing itself for a major protest on Saturday organized by the main opposition alliance, the Movement to Defend Democracy (M2D).

"Practically everything is going up in smoke: Businesses are being set on fire, public buildings are being destroyed," Ben Michel Kanfondy, a journalist for the Sud-FM radio station, told DW.

In response to the deadly unrest, the government has deployed anti-riot vehicles and police officers, as President Macky Sall urged the protesters -- mostly students -- to remain calm and avoid confrontation.

The man who triggered these protests, Ousmane Sonko, is a leading opposition figure and popular with the youth. He has said in the past that Sall had no legitimacy, and has hinted at removing the president from office in the 2024 election. On Monday, he declared that the "revolution had started, and nobody can stop it!"

But Sonko, 46, is facing some serious rape charges, which more than just jeopardize his credibility. Sonko has rejected the allegations against him, saying that the charges are politically motivated.

This is a position that his Pastef-Les Patriotes political party seem to agree with: "We can understand, and we are sure that Ousmane Sonko is a victim of a cabal," Pape Mamadou Dieme, a member of Sonko's party, told DW.

Why the youth support Sonko

In Casamance, where Sonko's parents come from, the protests have been intensifying. Many of the young supporters of the politician view the rape charges as a pretext: "It is a political liquidation. He did not commit rape. We have clear proof that Sonko did not rape this woman," a young protestor, who gave his name as Bacary, told DW.

Most of those who have taken to the streets are indeed the young people of Senegal. Observers say that many of these youths in the country are simply expressing support for the opposition as a sign of their unhappiness with the government in regards to their prospects for employment. They are also frustrated with their living standards, and apparently view Sonko as someone who relates to their struggles:

"Revolution is a very, very strong word, and Ousmane Sonko has a large following among the youth, who have been put back on the agenda," Caroline Hauptmann, from the Konrad Adenauer Foundation Office in Senegal, said.

"They have high youth unemployment and lack perspectives."

More at stake than just jobs

For Senegalese musician and activist Fou Malade, the protests are about more than just voicing grievances based on youth unemployment: "But (it's) also about democracy, which has been confiscated. Because since Macky Sall has been in power, the expression of liberties has been reduced, it is in decline," Malade told DW.

This bleak outlook for the future for most youth has led to an uptick of Senegalese people attempting to cross the Atlantic on irregular migration routes in a bid to reach the Spanish Canary Islands.

Between October and December 2020, more than 400 people have died in such deadly voyages, according to the International Organization for Migration (IOM). "That's a very important story, where hundreds have died in the last few months, so that's an emotionally charged topic," Hauptmann said about the migration trend.

Between migration, youth unemployment and freedom of expression, the rape allegations against opposition leader Ousmane Sonko seem to be ignored, or even forgotten, by many.

The allegations against Sonko first emerged in February after a salon attendant accused him of rape. Sonko was reported to have frequented the salon for massages. Sonko, who is known for exposing the corrupt practices the country's elites, has repeatedly denied the charges.

Instead, he has blamed President Macky Sall for framing him for sexual misconduct in a bid to eliminate him politically in the run-up to the 2024 election; Mamadou Dieme said there was a "profoundly political basis" to the allegations, adding that although Sonko had been released from jail, he was not a free person "because a person under judicial supervision does not enjoy all their rights."

President Sall has dismissed Sonko's claims, calling for the courts to be allowed to conduct their investigation independently.

Sonko's legal troubles are, however, nothing new under Sall's administration. Karim Wade, the son of former Senegalese president Abdoulaye Wade, and Khalifa Sall were both barred from running for the presidency in the 2019 election after being convicted for what many observers say were trumped-up charges.

"The suspicion of trumped-up charges is there. It has been voiced in the past," Hauptmann added. "But the proof of this is completely missing. In this respect, no statement can be made at the moment as to whether this is constructed or not."

Meanwhile, women's rights group are also voicing their views on what is becoming an increasingly aggressive political climate: "Whether the government or the opposition, these politicians have entered into a political battle with unconventional weapons. It is unacceptable for political actors who are at odds to use a woman to neutralize each other," Safiatou Diop, president of the network of women's organizations Siggil Jiguen in Senegal, told DW. 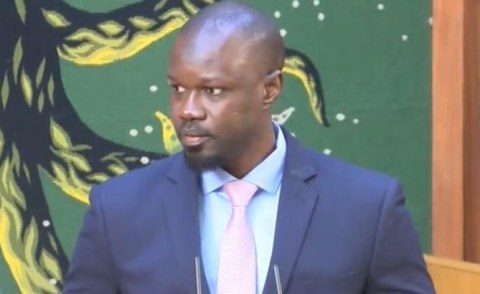 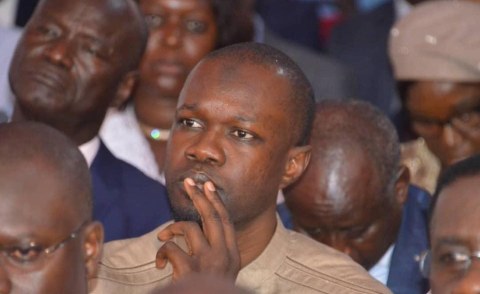 Senegal Politician's Rape Case 'Should Go Ahead'
Tagged:
Copyright © 2021 Deutsche Welle. All rights reserved. Distributed by AllAfrica Global Media (allAfrica.com). To contact the copyright holder directly for corrections — or for permission to republish or make other authorized use of this material, click here.