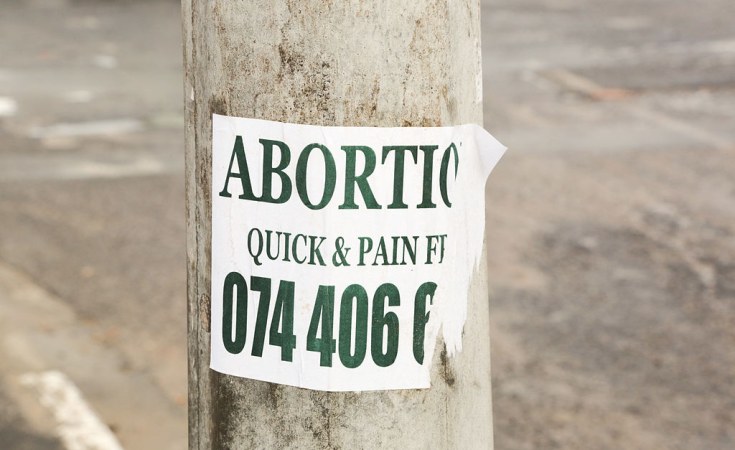 Lawmakers in Malawi blocked debate on Thursday of proposals to ease abortion restrictions in the southern African country, where unsafe terminations contribute to one of the region's highest rates of maternal mortality.

Mathews Ngwale, head of the parliamentary health committee and the bill's main sponsor, vowed to present the draft law again in the weeks or months ahead after members of parliament (MPs) rejected a motion to discuss the controversial proposal.

The abortion bill, which was first drawn up nearly five years ago, has met strong opposition from church groups in the mainly Christian country including Roman Catholic bishops, who organised street protests when it was announced in 2016.

Malawi currently allows abortion only when it is necessary to save a woman's life, but the reform would allow terminations in cases of rape, incest, or when the pregnancy endangers the mother's physical or mental health.

Ngwale told the Thomson Reuters Foundation that "alarming" numbers of young women and girls were dying every day from illegal abortions or from labour complications linked to unsafe terminations - meaning a new law would save women's lives.

Malawi has about 574 deaths per 100,000 live births, according to a 2017 study by the Guttmacher Institute, a global research group, and Malawi's Centre for Reproductive Health.

Unsafe abortions are the cause of between 6% and 18% of those deaths, the research found.

Campaigners backing the easing of abortion restrictions vowed to keep rallying support for the legislative push.

"Whatever time the government will see it as convenient to bring the bill, let them do so. Let them choose what to do. But at the end of the day it is the women who suffer," said Emma Kaliya, executive director for the NGO Gender Coordination Network (NGOGCN), a local charity.

Brian Ligomeka, director of the Centre for Solutions Journalism, whose organisation has been campaigning for the bill, noted intense lobbying on both sides.

"Our members of parliament ought to remember that at stake are the lives of women who induce backstreet abortions clandestinely every year, with some of them ending up in graves," he said.

Previous Story
'The Noes Have It' - Abortion Bill Misscarried As Malawi MPs Reject Its Tabling!
Next Story
Abortion Bill in Parliament On Thursday As Malawi As Churches Oppose

'The Noes Have It' - Abortion Bill Misscarried As Malawi MPs Reject Its Tabling!

Abortion Bill in Parliament On Thursday As Malawi As Churches Oppose