Nigeria: FIFA Council Seat - Pinnick On the Cusp of History 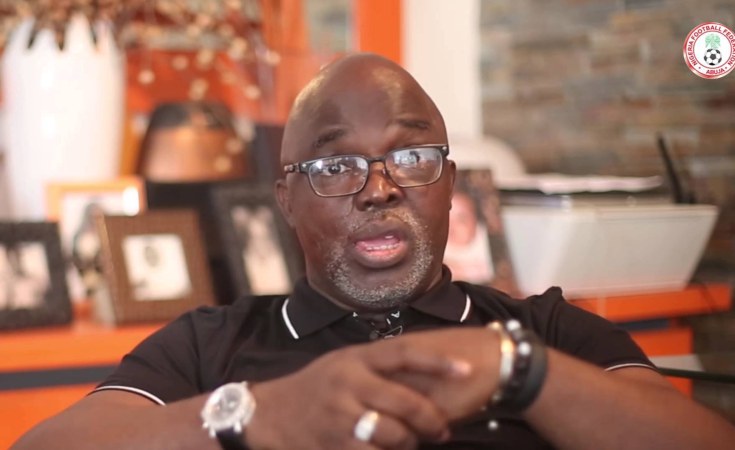 Nigeria's Amaju Melvin Pinnick, is one of the 14 football administrators from Africa gunning for the six seats allotted to the continent in the 37-member FIFA Council at today's CAF elections in Rabat, Morocco.

Before arriving in the North African city for the election on Monday, Pinnick took his campaign round key figures in African football to ensure he comes out victorious to become the third Nigerian ever to occupy that seat after the late Etubom Oyo Orok Oyo and Dr Amos Adamu took their turns on that exalted position.

Of course, the Delta-born Pinnick who is serving his first term as a CAF Executive Committee member, appears to understand the undercurrent of global football politics and the many banana peels everywhere.

He proved this in the last CAF elections that ousted incumbent Isa Hayatou from power after almost three decades in charge of African football in 2017.

Pinnick was the rallying point and the driver of the young Turks that sealed victory for outgoing Ahmad.

This time around, the NFF chief who is aiming for a bigger pie appears to have done his homework well, pitching his tent with the right group that has produced South African Billionaire Patrice Motsepe as the CAF President in waiting, even before the votes are counted today. All the other candidates like Jacque Anouma (Côte d'Ivoire), Augustine Senghor (Senegal) and Ahmed Yahya (Mauritania) have all withdrawn for Motsepe to become Ahmad's successor.

Motsepe's position is also a done deal as FIFA Vice President. That position is reserved for continental presidents and the Mamelodi Sundowns financier will become an automatic Council member as soon as he's 'coronated' today in Rabat.

It however remains to be seen how Pinnick's affiliation with Motsepe's camp with rub off positively to make the Nigerian federation chief to have a roller coaster ride to the exalted post.

Of the 14 persons running for the FIFA Council seats, six persons including Pinnick will battle for only two slots reserved for the Anglophone in the continent. Gambian FA President, Lamin Kaba Bajo, is in the race against Pinnick.

The six seats are spread along linguistic divide - Anglophone, Francophone and the Arab/Portuguese/Spanish group.

Of the three groups which will each produce two winners, the Anglophone will be the most competitive as the competitors are almost half of the entire 14 in the race.

Apart from the Gambian, Pinnick also have a current seating FIFA Council member to contend with. He is Malawi FA President, Walter Nyamilandu.

The power of incumbency cannot be underestimated.

Also in the race is Zambia's Andrew Kamanga. Like Pinnick, Nyamilandu and Bajo, he is also the president of his country's FA.

Others are from Kenya and Tanzania. Nicholas Mwendwa was reelected as Kenya FA president last October while Wallace Karia is the Tanzanian FA chief. Both Mwenwa and Karia are serving second terms in their various countries.

In the Arab/Portuguese/Spanish bloc, Algerian candidate, Khireddine Zetchi who was cleared by CAS with just few days to the election has made the drama more interesting.

Zetchi will now slug it out for a position in that bloc with the likes of, Equatorial Guinea FA President, Gustavo Ndong; Morocco FA President, Fouzi Lekjaa and the former Egypt FA President, Hany Abo Rida,

The FIFA Council consists of 37 members: one President, elected by the FIFA Congress; eight vice presidents, and 28 other members elected by member associations - each for a term of four years.

Previous Story
Pinnick Throws Light On How He Won the FIFA Council Seat
Next Story
Pinnick Lands in Morocco, Thanks Sports Minister for Solid Backing

Pinnick Throws Light On How He Won the FIFA Council Seat

Pinnick Lands in Morocco, Thanks Sports Minister for Solid Backing