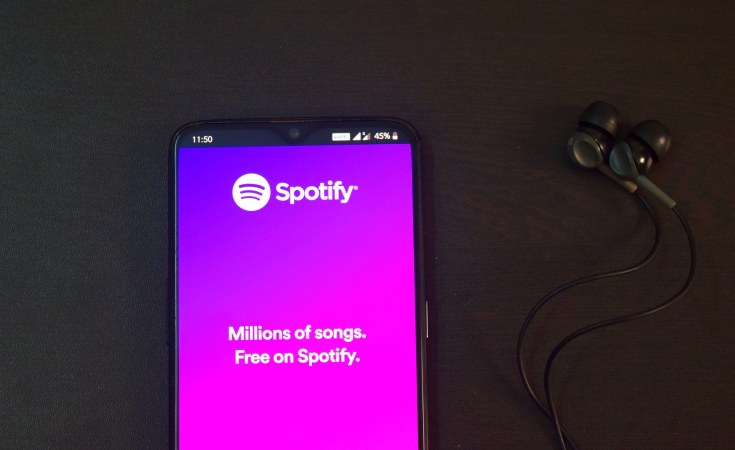 London — After a long period with a presence just in South Africa, one of the world's most high-profile music streamers, Spotify has expanded across Sub-Saharan Africa. Russell Southwood spoke to Phiona Okumu, Head of Music (Sub-Saharan Africa), Spotify about its plans.

As the interview below illustrates, Spotify will be a very strong channel for identifying new music and genres that are 'below the radar' and promoting them continent-wide. TV broadcast programmers need to know what music has "audience pull" when they think about acquiring music videos and who the TV stations interview. Spotify playlists will work a lot more quickly on a continent-wide basis with the process of talent identification and validation.

Up until now, Spotify has billed itself as an "audio channel" and has put a lot of effort into acquiring quality podcasts. These exist in Sub-Saharan Africa but most are not really very high-profile. If Spotify gets a large following in Sub-Saharan Africa, it has the potential to be a new channel for reaching audiences across the continent. Also as African radio broadcasters think harder about podcasts, they offer a channel for certain kinds of material, both at a country and sub-regional level. In time, advertisers like Coca Cola and beer brands might support this kind of innovative content.

There have been hints late last year that Spotify will add music documentaries and videos to its platform. A Spotify community page post seemed to signal this was going to happen. African independent music producers and directors, keep your eyes peeled for this one.

And when I asked Okumu about partnerships with broadcasters, she said there were "plans to develop (them)" and they were in "early, early discussions."

The service offers two tiers: a free, ad-supported version and a premium version that allows you to hear the music you choose without ads. The price for the premium service varies between US$2-4 per month. In Nigeria, it will be between N900-1400. These may be low enough prices to tempt African users away from pirated and otherwise 'free' content. 60,000 songs are uploaded every day and there are 70 million tracks:"We're committed to making this work for Africa. We've launched with 100 local play lists and this will grow and grow."

Talent and identification has already happened in South Africa where it has had a presence since 2018:"The fastest growing music genre is Amapiano. Users were making a lot of searches for it and couldn't find it. It was the sort of music that was not available. Free downloads were traded on WhatsApp but it was music that was put together quickly before concerts as a way of publicizing the concerts."

"I sought out that community and met with labels and artists and said we can pay the creators. Fast forward one and a half years later and we have a programme called RADAR promoting new music. We did an education piece on playlisting across Africa and P-Diddy is dancing to Focalistic. Before it was an underground Township genre, now it has gone mainstream. RADAR identifies and amplifies that culture. Focalistic started just in South Africa but has now become so familiar. I saw Focalistic in Kenya and Nigeria."

"Different communities are adapting the sound for themselves and there's a fusion of cultures and sounds that's very organic. We have these destinations in Africa. It's not just about London and New York. It's why Burna Boy is such a success story and is about to receive a Grammy Award."

RADAR is a group of people who spot music and talent for Spotify in Africa. Their names are kept anonymous to avoid undue influence:"We see a talent or a genre and ask who can we select from there? We also look for some potential with other global playlist editors. We have opportunities to help artists develop their live shows, do merch drops and press and media."

"A Kenyan creator who is not on Spotify can reach 345 million active users and with the use of AI and the human touch with RADAR, your tracks can get picked out from those millions and millions of tracks on the platform."

She's cautious about revealing artist, distributor and label payments:"It's not possible to say dollars an cents. We have agreements with labels and distributors and they have agreements with artists. But Spotify has paid out 21 billion euros since it was started and there is no reason not to continue to do that. We have to compensate the creators and restore their income to what it was before piracy." Indeed she says that Spotify's only real competitor is piracy:"The more (legal) players there are, the better because it provides proof of concept".

So who are the potential users?:"They are very many and very varied. It's a young audience that will drive the music economy. We consume things differently so we have tried to create a product to reflect the different realities. For example, in Kenya users can pay using M-Pesa. It's a constant learning curve." Mobile partnerships are under discussion:"They will be crucial to us. We can't exist as a silo."

Onuchukwu will be based in Nigeria and oversee countries in West Africa including Nigeria, Ghana, Liberia, Sierra Leone and The Gambia. She will also look after Tanzania and Ethiopia in East Africa. Leaf's territory encompasses Southern Africa, including South Africa, where she will be based, as well as Namibia, Botswana, Zimbabwe, Zambia, Malawi and Lesotho. Leaf will also manage TuneCore operations in East African countries Kenya and Uganda.

Previously, Leaf worked at Africa's largest Pay TV operator, Multichoice as the Marketing Manager for Youth & Music Channels, where she led brand re-imaging and marketing efforts for Music TV giant Channel O. Before that, she worked at Sony Music Entertainment Africa, focusing on African artists and content, as well as numerous marketing campaigns & projects for local and international artists.

In 2020, TuneCore saw an increase in music releases globally, with many African artists opting to use the DIY Distributor - Kofi Mole from Ghana and Small Doctor in Nigeria, Spoegwolf in South Africa, Mpho Sebina in Botswana and Fena Gitu in Kenya to name a few.

TuneCore, owned by Paris-based Believe, has been aggressively expanding its international operations, having gone from 5 countries in 2020 to 8 countries and 3 major regions in 2021. The company added India, Russia and Brazil last year and this year adds LATAM, Southeast Asia and Africa. The company's website is fully localized for 8 countries and translated into 13 languages and counting.

The Nigerian Government has announced its second phase rollout of the Digital Switch Over to Lagos, Kano, Rivers, Yobe and Gombe States, two years since its inception in six states. The aim is to ensure that the television broadcasting system is transformed from analogue to digital, and according to Prof. Armstrong Idachaba, the Acting Director-General of the National Broadcasting Commission of Nigeria, the rollout in the Nigerian state of Lagos kickstarted on April 29th 2021, to be followed by Kano state on June 3rd 2021, Rivers state on July 8th 2021, Yobe state on July 15, 2021, and lastly in the state of Gombe on August 12 2021. The remaining states of Kwara, Kaduna, Osun ad Enugu are due to follow phase one start in June, August, and September 2021. The first official Analogue Switch Off is scheduled to take place on May 28 in Abuja, Nigeria. An approximation of 5 months has been given before each switch off to allow adequate public preparedness. Phase 3 commences with the final Analogue Switch Off on December 8 and with Switch-On on December 2021. According to the Ministry of Information and Culture, the Federal Government will use Digital Terrestrial Television (DTT) and the Direct-To-Home (DTH) satellite signal coverage to determine the analogue switch-off time.

In November 2020, a Kenyan high court awarded Multichoice Kenya a favourable judgment against Safaricom over certain copyright infringements. Safaricom went back to the Court of Appeal on March 10 to dispute the court order, which directed the mobile communication operator and other internet service providers to block content and domains that infringe the Multichoice networks. The Kenyan Court of Appeal has now upheld the court of appeal and has found again for Multichoice Kenya. This copyright case was the first time a Kenyan Court sanctioned takedown notice under section 35B of the 2019 Copyright (amended) Act. The law under this section states that if an Internet Service Provider (ISP) content infringes on any persons' rights, the affected party may request by way of a takedown notice that the ISP removes the infringing content.

South African media monitoring and analysis company Novus Group has launched an app that will deliver time sensitive media monitoring alerts and content directly to its client's mobile devices, wherever they are. The app was developed in response to the growing trend of remote working, allowing agency and corporate clients to make informed decisions that could impact their business, in or out of the office.

Director-General Josephine Mapoma from the Independent Broadcasting Authority (IBA) in Zambia has shared the authority's plan to enforce guidelines and code of ethics for online broadcasting stations. The Independent Broadcasting Authority has urged broadcasters to register operating licences without fear of censorship. The IBA will not control the organisational editorial policies of the online broadcasters, said Mapoma. However, the act of failing to register will be regarded as defiance to set rules and regulations that have been placed under the IBA Act. According to the authority, all broadcasting services, regardless of whether the information is transmitted through radio frequency spectrum or the most popular method, the internet, the online broadcasters need to acquire a broadcasting licence.

In a reported statement, Mapoma said, regulating content will ensure that broadcasters operate within the broadcasting code of ethics.

Event Organisers Reed Exhibitions Africa and Sun Circle Group have announced the postponement of MediaTech Africa 2021, the biennial advanced media and entertainment technology trade show held in Johannesburg, South Africa. The decision was made due to Covid-related restrictions.

Kenya Film Commission in conjunction with Kazi Remote Limited certified the first cohort of 25 trainees in the transcription, captioning, subtitling and content writing Training, a 5-week program which commenced on 18th January to 12th February 2021 targeting youth aged 18-35 years with an interest in the film industry. The call-out for the remote training attracted over 400 applicants.

Tagged:
Copyright © 2021 Balancing Act. All rights reserved. Distributed by AllAfrica Global Media (allAfrica.com). To contact the copyright holder directly for corrections — or for permission to republish or make other authorized use of this material, click here.