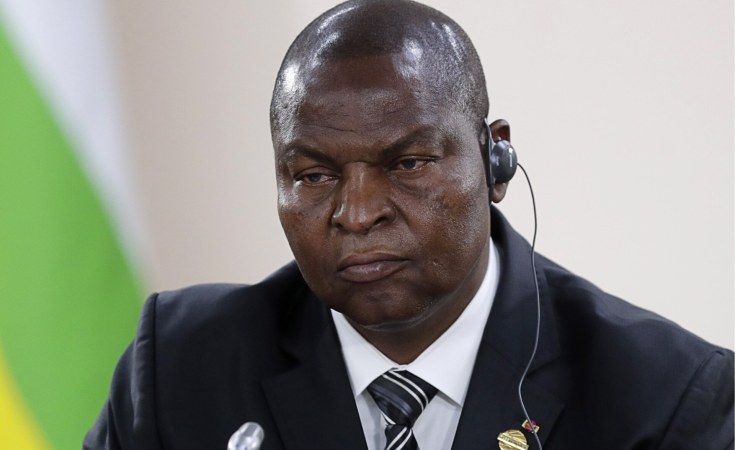 A rebel insurgency interrupted the first round of voting, but officials are confident stepped-up security measures will prevent further violence.

Voters in the Central African Republic headed to the polls Sunday for a second round of legislative elections after a rebel insurgency marred the first round of voting in December.

Although President Faustin-Archange Touadera was reelected, opposition candidates have said the legislative vote was illegitimate due to December's low voter turnout.

Polling stations in the capital, Bangui, were heavily guarded Sunday.

What is at stake in Sunday's election?

The CAR government and UN peacekeepers have deployed extra forces to make sure Sunday's vote is peaceful.

The contest includes run-off votes in 49 electoral districts and first-round voting in 69 districts where insurgent violence interrupted the first round in December.

Another round of voting is due for an unspecified date, and the CAR's constitutional court has said that for the new National Assembly to be confirmed, at least 71 MPs need to be elected by May 2.

What is causing violence in the CAR?

Touadera has blamed much of the electoral unrest on rebel groups loyal to former President Francois Bozize, a charge Bozize

The former leader's candidacy was rejected by the country's top court on grounds that he did not satisfy the "good morality" requirement.

After the first round of voting in December, a rebel offensive seized a series of towns in the north and west of the CAR, and reached the outskirts of the capital in January.

The rebels laid siege to the capital, cutting off food supplies and forcing more than 200,000 people from their homes.

However, CAR troops, with the assistance of Russian and Rwandan reinforcements, were able to drive the rebels away from the capital and to retake many of the towns.

The UN estimates that 30,000 people have fled the CAR due to election violence.

Will Biden's 'Diplomacy is Back' Pledge Help CAR?
Tagged:
Copyright © 2021 Deutsche Welle. All rights reserved. Distributed by AllAfrica Global Media (allAfrica.com). To contact the copyright holder directly for corrections — or for permission to republish or make other authorized use of this material, click here.

How Ready is Ethiopia for June 2021 Polls?
Food and Agriculture