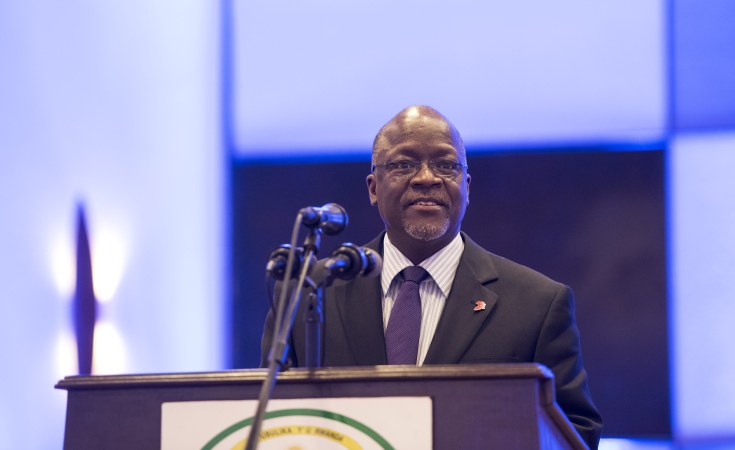 President Magufuli, who frequently addresses public rallies and church congregants on Sundays, has not appeared in public for just over two weeks now.

Mr Majaliwa had been expected to tour Rungwe District in Mbeya region today (Monday), but officials announced he would not visit as planned.

Last week, Tanzanian Vice President Samia Suluhu also cut short a vacation in Zanzibar, her birthplace, and has since shuttled between Dar es Salaam and the country's administrative capital, Dodoma.

Noah Kibona, the Rungwe District Information and Public Relations Officer, did not give reasons when he announced cancellation of the PM's trip.

"The district commissioner of Rungwe would like to inform residents of the district that the planned tour of Prime Minister Kassim Majaliwa, scheduled for Monday, March 15, 2021, has been postponed," he said in a notice.

"Additionally, all residents are advised to continue with their normal business of building the nation until further notice."

The cancellation, however, comes as concerns rise -- both in Tanzania and the region -- on the whereabouts of President Magufuli, who has not been seen in public since February 27 when he swore in Dr Bashiru Ali at the Dar es Salaam State House, replacing John Kijazi, who had died of a heart attack.

Mr Majaliwa on Friday termed as "fake news" reports swirling on Magufuli's health. He did not, however, provide proof the president was okay as he claimed.

"President Magufuli is faring well. Fake news on his health stem from hatred. How is such fabrication going to help you?" he posed.

"You want him [to come] out... Where to? Doing what? Have you ever found the president loitering at Kariakoo (a market in Dar es Salaam)? The president has his work plans and he is not a person who could just walk without any apparent purpose."

He was the third senior government official to dismiss inquiries into the health of the president.

Multiple sources have indicated that the President had suffered a rapid health deterioration and rushed to neighbouring Kenya where he got treatment for cardiac and respiratory illnesses.

Traditionally known to make public appearances, especially on Sundays, President Magufuli Sunday skipped church service again. He has also not appeared at a public launch of a government project, something he routinely did even in the Covid-19 pandemic season. Instead, his communications team tried to manage public anxiety by posting excerpts from speeches on some of the recent projects he launched before he disappeared.

Initially a chemistry teacher and later industrial chemist, Dr Magufuli's political career has seen him turn into a prominent science sceptic. He did not lock down his country or give face-mask wearing orders when Covid-19 hit Tanzania.

By May last year Dr Magufuli had declared victory over the viral disease, "through prayer."

He raised doubts on the testing kits used to determine coronavirus positive cases, claiming some returned positive readings from papaya and goat samples. When vaccines arrived, he said Tanzania would not tap into the Covax facility or engage other producers, until local scientists proved them effective.

But after 10 of his senior government officials mysteriously died between January and February -- some complaining of breathing difficulties -- he appeared to loosen the stance.

Some of his government ministers have in March appeared at public functions wearing face masks, even though it is not mandatory for the public.

The biggest question, however, remains, where is the president?

In Tanzania, officials have warned local media against speculating on his whereabouts.