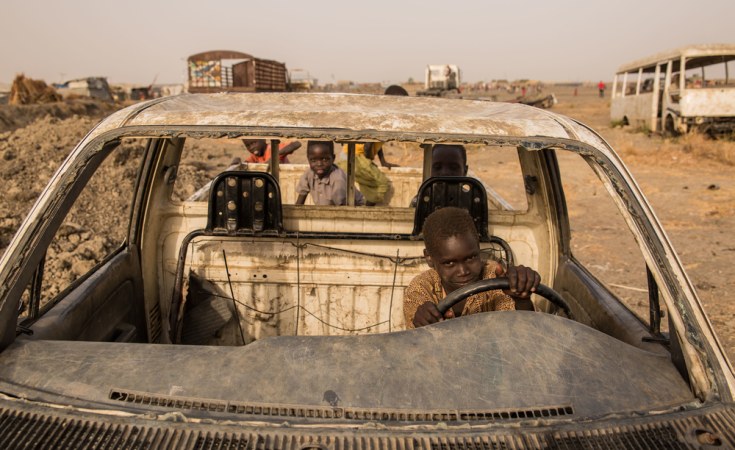 On January 9, 2005, in Naivasha, the belligerents to the Sudan conflict put pen to paper, ending what was then billed as Africa's longest running war. The Comprehensive Peace Agreement between Khartoum and the Sudan Peoples' Liberation Movement (SPLM), set the stage for later events that would culminate in the birth of Africa's youngest nation, South Sudan on June 9, 2011.

Brokered by the Intergovernmental Authority on Development, a sub-regional grouping and a troika of donors, the CPA as it is popularly known, was the penultimate point of a process that had started just under three years earlier. Colonel John Garang, the leader of the SPLM, was a reluctant secessionist. In several engagements with media in the 1990s, he espoused the principle of a united Sudan under which all citizens enjoyed equal rights. Sadly, the government in Khartoum did not offer sufficient incentives to stop the eventual separation of the country into two, six years later.

This week, in Naivasha again, representatives of South Sudan's Revitalised Government of National Unity and the South Sudan Opposition Movements Alliance, signed to a declaration of principles that will guide the dialogue on core issues. General Paul Malong, another holdout, also signed to the agreement. Getting the three parties to sit on a round table, is the outcome of the behind-the-scenes manoeuvres by the Vatican through the Community of Sant Egidio, an influential lay Catholic grassroots organisation.

It is difficult for the average observer to make sense of the violence rupture that happened within the SPLM just two years after independence in December 2013. Deep within the movement, however, there was an ideological rift between the orthodox wing of the SPLM that believed in the vision of a free and democratic South Sudan and those that harboured a sense of entitlement.

That rupture has been costly for the young nation. Despite its oil wealth, South Sudan remains a basket case that cannot survive for long without external intervention.

Even as the road ahead remains treacherous, the Naivasha declaration of principles is a good starting point, especially given the men that are giving it a public face.

With a gift of oratory, Barnaba Marial Benjamin, is a voice of reason within the revitalised transitional government. After abandoning his law class in Khartoum to join the SPLM in 1982, Pa'gan Amum, who signed for the Sudan Opposition Movements Alliance, can hardly be accused of being a self-seeker.

It is inevitable that, President Salva Kiir will have to put the long-term survival of South Sudan ahead of his personal interests while the opposition will also need to demonstrate a resolve to peaceful resolution.

In this, the belligerents might do well to remember SPLM founding father John Garang's moral stance. Despite a desire for Independence, Garang saw a democratic and just dispensation in Sudan as the ultimate cure to conflict there.

Whatever is going on, South Sudan will not see peace until the question of governance is settled.