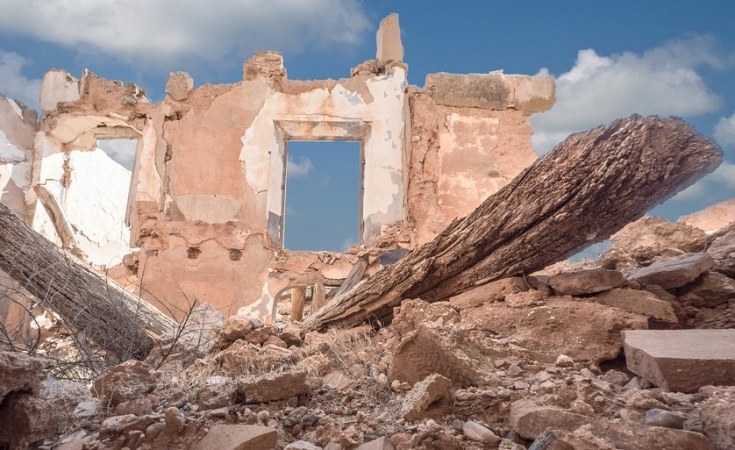 Addressing the root cause of building collapse in Nigeria will be the focus of today's discussions at the second edition of Lafarge Africa's quarterly webinar - Concrete Ideas, a platform for deliberation of issues, policies and developments shaping Nigeria's construction, infrastructure and housing sectors.

Today's discussions will be headlined by the Minister of Mines and Steel Development, Arc. Olamilekan Adegbite, as Special Guest of Honour. There will also be in attendance reputable Thought Leaders, including Engr. Joseph Makoju, Chairman, Nigerian Cement Association, Michael Scharpf, Head, Sustainable Construction, LafargeHolcim, other experts in public policy and leading industry players.

The Special Guest of Honour, Arc. Olamilekan Adegbite is the current Minister of Mines and Steel Development. He has over 35 years' experience in architecture and construction. He holds a Bachelor of Environmental Studies (B.E.S. Arch) and a Master of Environmental Design (M.E.D. Arch) from the School of Architecture, University of Lagos where he also earned a Master of Science in Construction Management (M.Sc. Constr. Mgt).

He once served as Commissioner for Works and Infrastructure in Ogun State from 2011 to 2019 where he played a key role in the construction of roads, flyover bridges, and other infrastructural development projects in the State.

He graduated from the University of Alexandria in Egypt (1989) with a bachelor degree in commerce & accounting and obtained "Certified Public Accountant" title in Delaware, USA (1998).

Since joining Lafarge Algeria in 2004, he has served in different capacities in Eastern Canada & Eastern USA.

Following the merger of Lafarge and Holcim Groups in 2015, he was assigned as Country General Manager in Qatar, responsible for Cement, RMX, and Aggregates operations.

He graduated from University of Nottingham, UK, with First Class Honour earning BSc in mechanical engineering; and M.Phil. Mechanical Engineering from the same university.

Another distinguished resource person is Mallam Farouk Salim, who is the Director General/Chief Executive Officer, Standards Organisation Of Nigeria (SON).

Mallam Farouk A. Salim holds a Bachelor's degree in Pharmacy from the Ahmadu Bello University Zaria and a Master of Business Administration (MBA) from the Washington University, St. Louis, Missouri, USA.

He is a member of the Pharmaceutical Society of Nigeria, registered with the Pharmacist Council of Nigeria and the Missouri Pharmacy Board in the United States of America.

Bola Onigbogi attended the Prestigious London School of Insurance in the United Kingdom where she earned a Higher National Diploma Certificate of the Chartered Insurance Institute of London with a Distinction in Risk and Insurance.

The professionals linked Nigeria's economic challenge to poor infrastructure development over the years. They also recommended effective private public partnerships (PPPs), which according to them, is strategic to government's financing and development plan. They spoke

Welcoming participants, the CEO, Lafarge Africa, Khaled El-Dokani, said the Concrete Ideas initiative of the company would become a quarterly platform to foster strategic ideas and discussions. He added that the initiative would catalyse the attainment of commercial success within the sector.

Minister of Works & Housing, Mr. Babatunde Fashola, who was the guest of honour at the event, opened the discussion, admitting that there was indeed a lacuna in the country's developmental policy, which allocates a meager portion of its GDP on recurrent expenditure, while roads, bridges and transport remain in shamble.

Fashola pointed out that developed countries had invested heavily in their infrastructure and that the infrastructure gap in Nigeria is a result of a significant drop in investments and a growth of the population, which is why he brought to the fore the commitment to renew, rebuild and increase the stock of the nation's current infrastructure.

On the concept of PPP, the minister described the model as investments that entail the availability and mobility of capital, adding that PPPs form part of government financing and development plans. He was, however, quick to emphasise the need to develop smart financial modelling and properly designed and negotiated transaction contracts and funding arrangements.

In line with the global economic realities, he highlighted the options that private capital offers and what to expect.

According to him, it offers the opportunity to manage and complete existing road projects as well as providing opportunities for fresh farm produce into a much more bespoke environment.

"The profit of government is measured by the general well-being and prosperity of its people with the local economy being largely driven by 80 per cent of MSMEs.

"Across the world, governments are trying to save their private sector and Nigeria is not exempt from that in today's reality. Due to the pandemic outbreak of COVID19, PPPs in some parts of the world were halted but in Nigeria, the PPPs that have been negotiated and commenced are still viable and ongoing. This has also changed the realities and dynamics of some PPPs in other parts of the world," Fashola said.

While emphasising the need to understand the role that the private sector plays within the parameters of commercialisation, the minister stated that from research and reports credited to multilateral institutions like the World Bank, it has been established that infrastructure helps to eradicate poverty as it is a legitimate way to distribute wealth.

Earlier, Chairman Lafarge Africa, Mr. Adebode Adefioye, in his remarks said the conversations under the 'Concrete Ideas' webinar would focus on how to deepen PPP transactions. He aptly captured the essence of the discussion by declaring that, "For people to progress in society, they must think and co-operate."

Gutovic said the company had been involved in PPP across the world, noting that infrastructure creates economic activities for citizens.

He explained that more than US$100billion was spent on PPP in developing countries in 2019 and that approximately 40 per cent of these projects are for roads which are what Nigeria desperately needs.

He told participants on the forum that LafargeHolcim had the experience from working on PPPs in mature markets such as in Canada, UK and Australia, which could be brought to Nigeria.

To this end, Gutovic advised that Nigeria should invest in concrete roads as they have higher life expectancy, require less maintenance and can deal better with the extremes of climate change than asphalt roads, which he said LafargeHolcim also supplies. "The rainy season in Nigeria means that concrete would be the more durable choice," he added.

Gutovic was of the view that Nigeria needs to develop a solid legal framework to accommodate PPPs, as they can be profitable and sustainable in the long run.

He stressed that infrastructure was not only about road projects, but other segments such as energy and power plants.

Rewane, who stressed the need for completion of ongoing projects for the country to move forward, added that idle, stranded assets and uncompleted projects should be sold to the private sector for economic growth and development.

He concluded that the private sector would deploy capital where they can make profit, stressing the need for the right pricing mechanism.

Also speaking, the Chief Executive Officer of Chapel Hill Denham, Mr. Bolaji Balogun, said Nigeria needed to increase infrastructure spending by 20 per cent yearly to tackle infrastructure deficit and that government should not depend solely on PPP for infrastructure financing.

He stressed that only about two per cent of Nigeria's GDP was effectively spent on infrastructure development and that private capital must be attracted, stating, Nigeria must use capital markets to fund projects as has been seen with China's use of listings in Hong Kong and Singapore.

It's Unlawful to Build Without a Registered Builder - NIOB