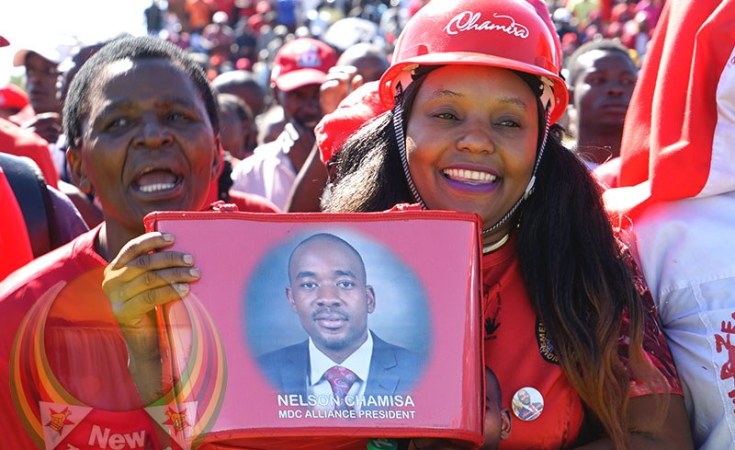 Leaders of the MDC Alliance are "puppets" of the West who are being used to reverse the gains of the country's liberation struggle, something that all Zimbabweans should jealously guard against, a former top official has said.

This comes as MDC-A officials, including the party's troubled leader Mr Nelson Chamisa and his deputy Mr Tendai Biti, have been at the forefront of calling for the continuation of illegal sanctions that were imposed on Zimbabwe by some Western nations as punishment for embarking on land reform programme.

In an interview with The Herald yesterday, Cde Tracy Mutinhiri, who quit the opposition last year, said the MDC-A lacks the Zimbabwean character to be a true representative of the people as the leaders are "puppets" of the West.

"When I was an MDC official, I discovered that it is a white man's party which will destroy the gains of the liberation struggle, if given a chance. Therefore, we must all unite ourselves in Zanu-PF to defend our independence and our sovereignty," said Cde Mutinhiri, who was a candidate for the MDC-A vice president post in 2018.

"We want everyone to come back to Zanu-PF. There is nothing in MDC. It's a white man's agenda where blacks are just used to serve the interests of white people without benefiting anything," said Cde Mutinhiri.

"What motivated me to come back is that Zanu-PF is a party with ideology. I would want to be part of President Mnangagwa's New Dispensation which has brought economic reforms. The Second Republic is saying Zimbabwe is open for business and indeed it is open for business. It is for that reason that I want to join my comrades and continue defending the revolution."

In the past few weeks, former MDC-A legislators, Blessing Chebundo and Lillian Timveos quit the opposition party to join Zanu PF amid indications that more disgruntled members will join the ruling party.

"The New Dispensation is a success, which is why you see a lot of people coming back to Zanu-PF. No one wants to be associated with failure. I have come back home with valuable strategies that will help my party," Cde Mutinhiri said.

She urged her former MDC colleagues to follow suit in joining Zanu-PF and build one strong party to strengthen the county's sovereignty.

"I look forward to working with everyone and I'm also inviting all those who have followed me to MDC to come back home.

"Most of them have been calling me, asking if it's possible to join Zanu-PF and I have been telling them that they will be most welcome to be back.

"This is a new wave in our country where people are coming back to rejoin the revolutionary party. Once upon a time in 1980, everybody was Zanu-PF and we want to take advantage of that and regroup as Zanu-PF. We want to join President Mnangagwa in rebuilding our economy and strengthening our sovereignty.

"We are glad that people have come to realise that the opposition MDC parties have nothing to offer as they are characterised by lies and exaggeration.

Across the country, MDC-A supporters have been joining Zanu PF as the ruling party's people oriented policies resonate with the aspirations of the majority.