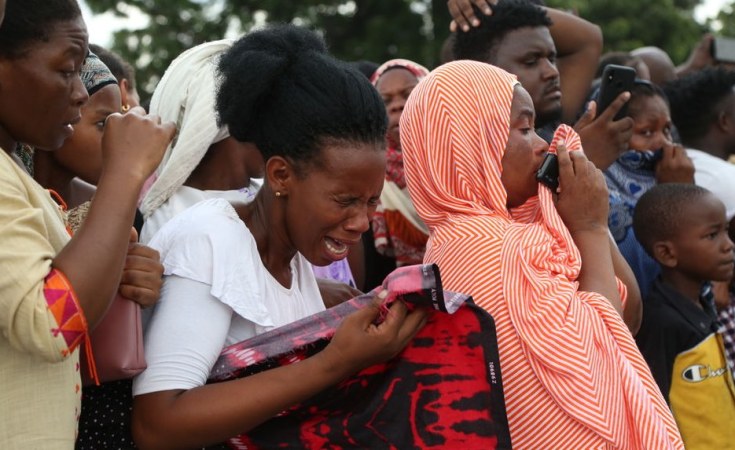 The Citizen
Tanzanians line the streets of Dar es Salaam to pay their last respects to President John Magufuli, who died in office.
The Citizen (Dar es Salaam)
By The Citizen Reporter

Dar es Salaam — Special Police Zone Commander Lazaro Mambosasa has said they are yet to establish the exact number of people injured in stampede at the stadium, saying there is a possibility the number could be high.

Sunday, March 21, was the second and final day for Dar es Salaam residents to pay their last respects to Tanzania's fifth president, who was first elected in 2015 before winning another term in the October 28, 2020 General Election, but ended up serving only four months of his second and final five-year term.

In contrast to the first day on Saturday, there were chaotic scenes on Sunday when tens of thousands of people from all walks of life turned up to bid farewell to the man who was Tanzania's head of state for nearly five and a half years.

At some point, security officers had to prevent mourners from entering the stadium using unofficial entrance points.

Tanzania Red Cross Society personnel on the other hand had a busy time attending to mourners who fainted after filing past Magufuli's body.