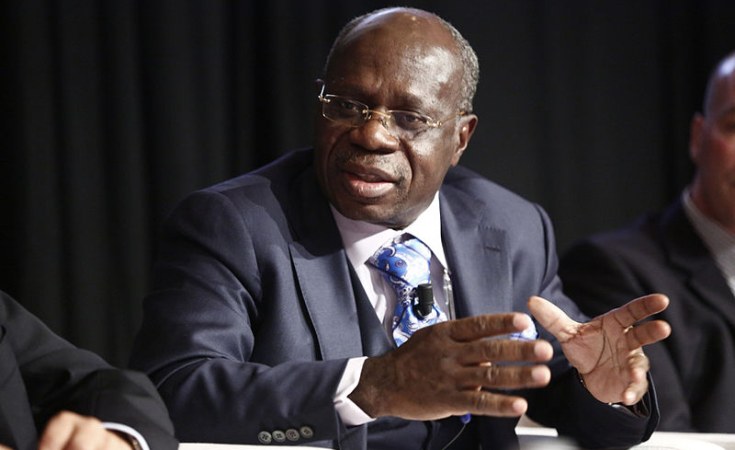 Greatest achievements of Albert Yuma-Mulimbi in the economical field

Throughout his professional life, Albert Yuma-Mulimbi has always been committed to the economic development of his country, the Democratic Republic of Congo, through organizations representing the national or international private sector, or appointed by the highest authorities of the State to redress the country's former mining flagship: GECAMINES.

The Federation des Entreprises du Congo (FEC) is both the chamber of commerce and industry and the main employers' organization in the Democratic Republic of the Congo. Renamed the Congo Business Federation when the country's name was changed in May 1997, it currently represents more than 2,500 companies from all sectors of the Congolese economy.

At first, Albert Yuma has been a private entrepreneur to build his own businesses in several sectors as textile, real estate, foodstuffs, energy. But being involved in employer action meant and still means for him seeking to facilitate, encourage, promote and improve business development for the good of the country.

His involvement in FEC dates back to the early 2000s, when he left day-to-day management to become one of the FEC's directors. He quickly got involved in employers' action and after a few years as president of professional committees and national commissions, he was elected president in 2005 until today.

Probably his main achievement as FEC chairman, while allowing all the sensitivities represented within the organization to express their concerns to the public authorities, was his contribution to the adoption in 2018 of the revised Mining Code of 2002, which even the Bank World considered too favorable to private investors and not sufficiently to the DRC State.

Despite glaring imbalances in the mining sector, a group of international investors allowed themselves to question the sovereign decisions taken by Parliament, which the FEC deeply deplored, regretting an attitude that disregarded the interests of the country in which the investors operate, to be only with their sole interests, in a situation which should nevertheless be favorable to all.

Through his mandates, he has made himself the spokesperson for the private sector, pleading its cause with public authorities or regulatory institutions. He has never been an opponent of public power or the administration. On the contrary, he has always been deeply convinced that without a fruitful dialogue between economic operators, organized on the one hand, and a strong public authority on the other, economic development would remain wishful thinking. Without a strong administration and a developmental State, the private sector will never be able to rely on public policies necessary for its development, such as in the field of energy, transport infrastructure, nascent industry and its necessary protection, agriculture or the business climate, which he has never ceased to call for.

The FEC is today a voice that carries in the DRC, through its territorial coverage and above all, through the clarity of its positions, whether by criticizing the political power in place, whether by opposing to the Administration every time it oversteps her prerogatives. DRC private entrepreneurs have to fight every day with the system and are at the forefront of the administrative complexities experienced on a daily basis – which in Africa is said to be harassment – and FEC is always speaking up and loud to defend private agents. Nor this situation is illegal most of the time, nor this situation only allows in a word, the strongest, to continue to carry out their activities, but does not facilitate the emergence of a network of dynamic companies. This is particularly damaging for the entire economy, because it dedicates the rents of the players in place, by promoting neither investment, nor innovation, nor competition and therefore does not promote growth for the country.

As FEC member, Albert Yuma was appointed Chairman of the Audit Committee of the Central Bank of Congo. This position allows him to closely follow the evolution of the macroeconomic framework of the DRC. It also allowed him to see concretely how the economy was heavily dependent on foreign currencies for its stability and sovereignty. Even at the height of commodity prices, a period that has also been called the super cycle, between 2012 and 2014 with which DRC is one of the best endowed in the world, the dollar coverage of imports has never exceeded more than eight weeks.

Alongside these national commitments, Albert Yuma got involved internationally, always with the same ambition to make things happen, especially since a certain number of subjects has to be dealt at other levels than the single national framework, even though they have a significant impact at local level.

Hence, the DRC proposed his candidacy for the post of member of the Board of Directors of the International Labor Organization (ILO) in Geneva in June 2011, where he represented the Employer's College for Central Africa. After being elected there by the Board of Directors, he campaigned for the same fights as those waged in the DRC aimed at promoting the creation of decent jobs, but also, for the need to have efficient and impartial administration, without which businesses cannot thrive. During his tenure, he was elected in January 2012, vice-president at OIE which is the International Organization of Employers.

In 2014 he joined Business Africa the African employers's Union, as 2nd vice president and became President in 2016, where he took up his pilgrim's staff and continued to hammer out his message in favor of the emergence of the African economy, through an efficient private sector, empowered to achieve its objectives.

Upon accession to the Federation of Enterprises of Congo in 2004, Albert Yuma decided to reinstate the FEC into the Permanent Conference of African and Francophone Consular Chambers (CPCCAF), from which FEC had been absent for many years. To rebuild the FEC as a great structure, he wanted to develop contacts and gain experience with and from African and Francophone Chambers to strengthen the FEC as an organization open to SMEs, able to provide assistance and advice.

Alfred Yuma was elected member of the CPCCAF Bureau in 2009 and became president in 2012 until 2015, where the two main pillars of his action was to promote the SMEs and to help to the recognition of the economic Francophonie.

Throughout its mandate, Albert Yuma has defended the SMEs, whether artisanal, commercial, agricultural, and industrial, as the heart of economic and social development in Africa. Representing 90% of companies, 75% of employment, covering 70% of the rural population, but only 20% of the continent's gross domestic product, he tirelessly praised their role in strategies for growth and fight against poverty.

Convinced of their impact as a conduit in the growth of the continent and the legitimate expectations of the population to a more equitable redistribution of the fruits of growth, he has oriented the efforts of the CPCCAF to promote institutional arrangements and support the recognition of the specific identity of SMEs.

Deeply involved in the development of bridges between Francophone countries, CPCCAF is the only institution bringing together and representing over 500 consular institutions of 28 countries, including 25 African.

Albert Yuma put his credit and was committed to serve the recognition of the economic Francophonie with a great achievement. In 2014, when the Heads of States meeting within the Organisation Internationale de la Francophonie (OIF) adopted ion Dakar The Francophone Economic Strategy, President Abdou Diouf, former Head of State of Senegal and Secretary General of the Francophonie could say, "This is not the place award medals here, but I cannot fail to commend the role played in this process, in addition to member countries, international institutions and certain regional integration organizations, economic actors such as the Permanent Conference of Chambers of African trade and Francophones, the CPCCAF ..."

In July 2008, the Head of State initiated the transformation of public enterprises into commercial companies wholly owned by the State, and gave them the legal form adopted for their ambitions. On November 19, 2010, he appointed a Board of Directors to transform GECAMINES, the former mining giant of DRC which was the main financial contributor to the State budget during the 70' and 804. Albert Yuma was then designed chairman of the board.

The situation that the Council inherited in 2010 was catastrophic. The company was burdened with a debt of 1.7 billion dollars, a redundant workforce - 12,000 agents - for a residual production of 13,000 tons of copper in 2009 (when it was 486 000 tons in 1896) under the direction of SOFRECO with World Bank financing, mining resources which were depleted since their transfer to partners and a productive tool which was in a dilapidated state. At this time, GECAMINES generous partnerships had never generated any income.

The Board had to take strong action in two directions, the first to become again an autonomous mining operator and the second vis-à-vis partners whose contribution to the revenues of the State and GECAMINES will turn out to be far below projections.

II. - Partnerships that have proved ineffective in terms of return on investment

Since 1996, GECAMINES has established partnerships with a number of foreign investors, to whom it has transferred 36.5 million tonnes of copper from resources and 2.2 million tonnes of cobalt. When the Board joined in 2010, she did not receive any dividends, nor in 2015.

From that date, the Board had operational audits carried out by MAZARS and economic modeling by E&Y to understand this lack of income. It appeared that in relation to the feasibility studies:

This situation resulted in a loss for the State in income tax and GECAMINES in dividends of 4.9 billion dollars. The revenues received by the state were thus in 2014 according to the World Bank 14.9% of the value of mining and oil exports.

The Board of Directors has therefore taken a double action:

III. GECAMINES 'financial and social contribution from 2011 to 2019

Contrary to recurring allegations of squandering of GECAMINES funds and in particular of income from partnerships, over the period 2011-2019: