Africa: Acute Hunger Set to Soar in Over 20 Countries, Warn FAO and WFP 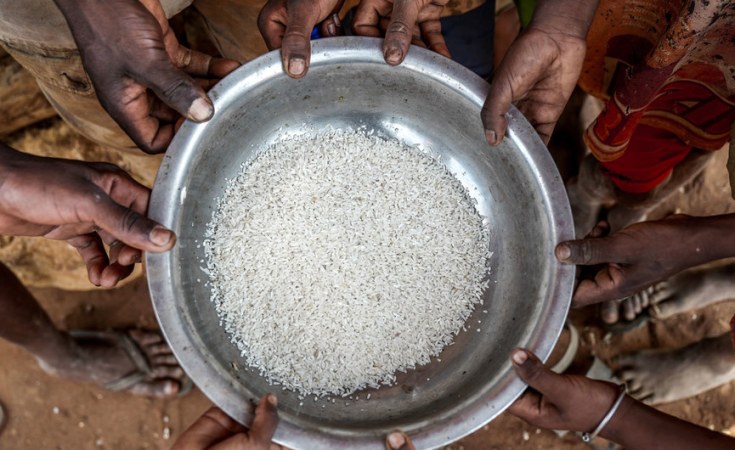 Acute hunger is set to soar in over 20 countries in the coming months without urgent and scaled-up assistance, warn the UN's Food and Agriculture Organization (FAO) and World Food Programme (WFP) in a new report issued today.

Yemen, South Sudan and northern Nigeria top the list and face catastrophic levels of acute hunger, with families in pockets of South Sudan and Yemen already in the grip of or at risk of starvation and death according to the Hunger Hotspots report.

Although the majority of the affected countries are in Africa, acute hunger is due to rise steeply in most world regions - from Afghanistan in Asia, Syria and Lebanon in the Middle East, to Haiti in Latin America and the Caribbean.

Already, over 34 million people are grappling with emergency levels of acute hunger (IPC4) - meaning they are one step away from starvation - across the world.

"The magnitude of suffering is alarming. It is incumbent upon all of us to act now and to act fast to save lives, safeguard livelihoods and prevent the worst situation," said FAO Director-General QU Dongyu.

"In many regions, the planting season has just started or is about to start. We must run against the clock and not let this opportunity to protect, stabilize and even possibly increase local food production slip away," urged Qu.

"We are seeing a catastrophe unfold before our very eyes. Famine - driven by conflict, and fuelled by climate shocks and the COVID-19 hunger pandemic - is knocking on the door for millions of families," said WFP Executive Director David Beasley.

"We urgently need three things to stop millions from dying of starvation: the fighting has to stop, we must be allowed access to vulnerable communities to provide life-saving help, and above all we need donors to step up with the US$ 5.5 billion we are asking for this year," he added.

One or a mix of the following factors are behind the projected rise in acute food insecurity in the 20 hunger "hotspots" between March and July 2021.

Conflict or other forms of violence may protract or is likely to increase in parts of Afghanistan, Central African Republic, Central Sahel, Ethiopia, northern Nigeria, northern Mozambique, Somalia, South Sudan and the Sudan.

COVID-19 will continue to impact numerous countries around the world, leaving them highly vulnerable to economic shocks. Latin America is the region hardest hit by economic decline and will be the slowest to recover. In the Middle East, Yemen, Syria and Lebanon are seriously affected by a rapid currency depreciation and skyrocketing inflation.

Climate extremes and la Niña-driven weather will likely continue in April and May, driving hunger in several parts of the world - from Afghanistan, Madagascar to the Horn of Africa.

Desert Locust outbreaks in East Africa and on the Red Sea Coast remain of concern. In Southern Africa, in parts of Angola, Botswana, Namibia, Zambia and Zimbabwe, African migratory locusts threaten to ravage the summer crops.

Increasingly constrained access in some countries to help people in need has been making things worse.

The report recommends critical short-term actions in each hunger hotspot to address existing and future needs.

Agricultural production is possible and essential, especially where access is constrained and people are even more reliant on local production.

Earlier this month, FAO and WFP called for US$ 5.5 billion to swiftly scale up actions and avert famine through a combination of humanitarian food assistance, cash and emergency livelihoods interventions.

People in South Sudan, Yemen and northern Nigeria remain most at risk of rising and dangerously high acute food insecurity. In Burkina Faso, food security has slightly improved since last October, but the situation is still very concerning.

In South Sudan, in parts of Jonglei State, people were likely already grappling with famine last October and November, and will continue to do so through this April-July lean season. FAO and WFP call for urgent and at-scale action now to stop likely widespread starvation and death, as well as a complete collapse of livelihoods in these areas.

Over 7 million people across South Sudan are projected to fall into crisis or worse levels of acute food insecurity, including over 100,000 at catastrophe level (IPC5), during April-July - 700,000 more since the same period last year.

In Yemen, continued violence and economic decline as well as severe disruptions to the humanitarian response are likely to persist over the coming months.

In Al Jawf, Amran and Hajjah governorates, the number of people in catastrophe level of food insecurity is estimated to triple - reaching 47,000 in June 2021, up from 16,000 in October-December 2020.

With already highly vulnerable populations, severe malnutrition, rising displacement and the deteriorating economic situation, the risk of famine in Yemen is increasing.

Overall, over 16 million Yemenis are expected to face high levels of acute food insecurity by June 2021, an increase of some 3 million since the end of last year.

In conflict-hit northern Nigeria, projections for the June-August lean season show that the number of people in emergency level of acute food insecurity is likely to almost double - to over 1.2 million - since the same period last year. In the next six months, food and nutrition insecurity is set to rise considerably in northern Nigeria with some 13 million people affected unless food and livelihood assistance is scaled up.

Burkina Faso has seen a slight improvement in food security since June 2020 due to a good agricultural season and people in remote and previously, inaccessible areas reached with food. But the situation remains very worrying and needs close monitoring as violence is likely to continue pushing people into acute food insecurity.

Some 2.7 million Burkinabe are projected to face high acute food insecurity between June and August 2021 - a sharp increase from 700,000 in 2019, before violence escalated in the West African nation.

Other countries identified by the report as amongst the worst hunger hotspots - where life-threatening hunger is on the rise - are Afghanistan, the Democratic Republic of the Congo, Ethiopia, Haiti, the Sudan and Syria.

Note: This report is part of a series of analyses produced under the Global Network Against Food Crises initiative. The report's hunger projections are based on the latest IPC and Cadre Harmonisé analyses. The latest global number of people in acute food insecurity will be revealed in the 2021 Global Report on Food Crises to be issued in April 2021.

Next Story
Tagged:
Copyright © 2021 Food and Agriculture Organization of the United Nations. All rights reserved. Distributed by AllAfrica Global Media (allAfrica.com). To contact the copyright holder directly for corrections — or for permission to republish or make other authorized use of this material, click here.