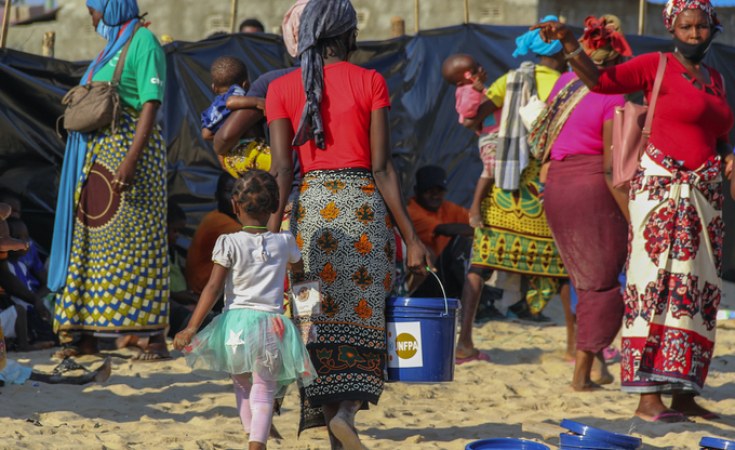 Geneva — The U.N. refugee agency warns the humanitarian crisis in Mozambique's Cabo Delgado province is evolving rapidly, and could negatively impact the surrounding region if it is not addressed.

Two senior officials who visited makeshift settlements for displaced people in Cabo Delgado say the insurgency, which began four-and-a-half years ago, is escalating rapidly and forcing increasing numbers of people to flee their homes.

They report 90 percent of the displaced are living with family and friends in urban areas where they receive support. About 10 percent, they say, are unable to find refuge and are living under appalling conditions.

UNHCR's Assistant High Commissioner for Protection Gillian Triggs says the shelters are of the most primitive kind, and the government last distributed food to them in December. Consequently, she says, people are scrounging for roots and leaves in fields to feed themselves and their families.

She says she heard shocking stories from grandmothers who were caring for orphan children.

"In this case, a grandmother was caring for a baby a few months old," Triggs said. "Her daughter had been killed in the conflict and the father of the child had been killed and beheaded and the grandmother was now in this period of grief trying to care for this child without milk. Where they were grinding up root vegetables for the children, giving them diarrhea and exposing them to all sorts of other things."

Triggs says the displaced in Cabo Delgado need everything -- shelter, food, clothing, medical care and protection from violence. There is no electricity in the makeshift settlements, and women are terrified of going out at night.

More than 2,000 people have been killed since the start of the insurgency in October 2017, but Triggs notes there has been a significant increase in violence in the past year.

"In terms of what actually has been happening, villages have been set on fire, people killed, beheaded, including children," she said. "There are reports of children being beheaded, raped and, of course, huge levels of sexual violence of one kind or another. This is a full insurgency, a conflict of a very serious kind."

The insurgency is led by militants who affiliated themselves with the Islamic State group in 2019.

The UNHCR warns the current number of 700,000 internally displaced people is expected to rise to one million by June if the increasingly brutal conflict continues to be overlooked by the international community.

The agency reports last November's $254 million appeal has received just five percent -- a sum far too low to make a dent in providing the most basic of needs for people struggling to survive.