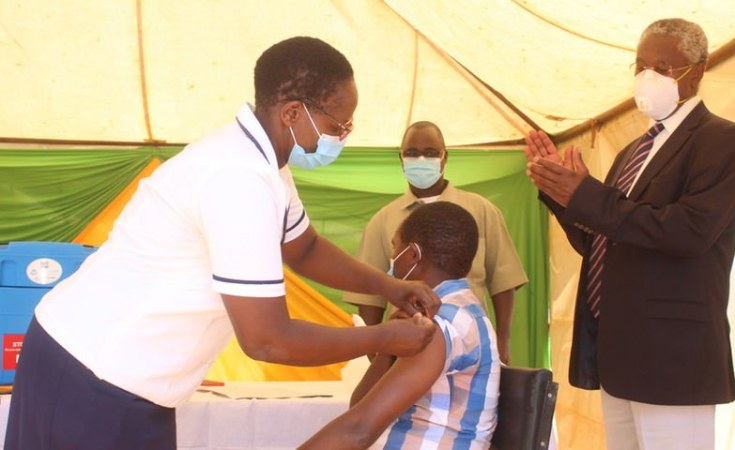 Isiolo County Commissioner Herman Shambi has urged frontline workers to take the Covid-19 vaccine to boost their immunity in the wake of the third wave of the coronavirus that is proving more lethal.

Speaking when he led the county security team in taking the vaccine at Isiolo Referral Hospital on Tuesday, Mr Shambi dismissed the conspiracy theories and misinformation surrounding the vaccine and stressed that it is safe.

"We have decided to take the lead so that our officers can follow suit. We will ensure our officers guarding the examination centres take the jab," Mr Shambi said at the hospital.

The gesture is believed to have been aimed at building confidence among frontline workers for them to embrace the jab following hesitancy among a majority of the health workers in being vaccinated.

Officials believe the suspension of the use of the AstraZeneca Covid-19 vaccine in several European countries following reports of blood clots could have contributed to the resistance.

Mr Shambi asked those taking the vaccine and Isiolo residents to continue observing the health protocols on hygiene, social distancing and wearing of masks, saying the jab is only boosting one's immunity and not protecting them from contracting the disease.

"Taking the vaccine does not mean we are fully protected and should therefore relax on the Ministry of Health protocols," he stressed while asking the officers to come out and be vaccinated.

Mr Kigen asked the officers to take the jab saying that due to the nature of their work, they are at a high risk of contracting the disease.

"Prevention is better than cure. The jab is not painful and the information (about the effects) that is being shared online is misleading," Mr Kigen said half an hour after taking the jab.

Distributors 'Sneaked' Russian Vaccine Into Kenya for Sale at Sh11,000 Per Jab