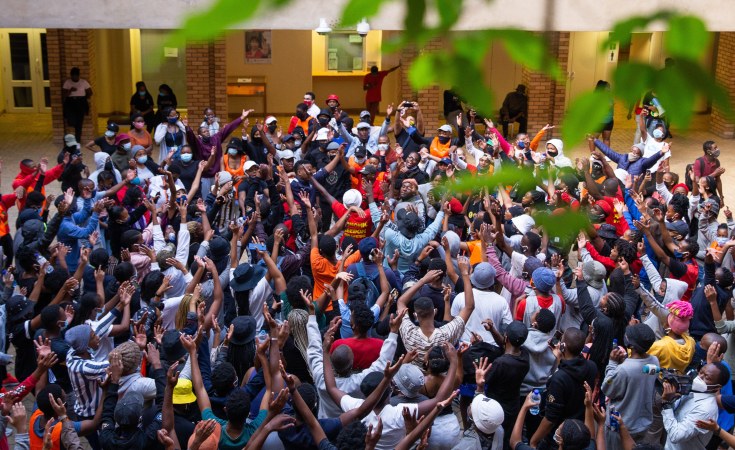 Ashraf Hendricks/GroundUp
University of Cape Town students protesting against the financial exclusion of those who are unable to pay fees or who have historic debt (file photo).
Daily Maverick (Johannesburg)
analysis By Suné Payne

On Tuesday, 23 March, in Parliament, Minister of Higher Education, Science and Technology Blade Nzimande said student protests, which have become an annual issue, were "like a soapie now - it's like the Bold and the Beautiful". This was as protests on campuses continued for a second week across South Africa.

The meeting was postponed last week when Nzimande, Manamela and Professor Ahmed Bawa from USAf had to leave at different times due to pre-arranged meetings.

On Tuesday, Nzimande said the heart of the issue was that "NSFAS [National Student Financial Aid Scheme] students were catered [for]", but the problem was with students who fell into the missing middle category.

Nzimande said his department was engaging with universities, who then engaged with student structures to determine who needed financial support. He said a funding model for universities, including for...