Somalia's Leaders Attempt Another Round of Discussions On Elections 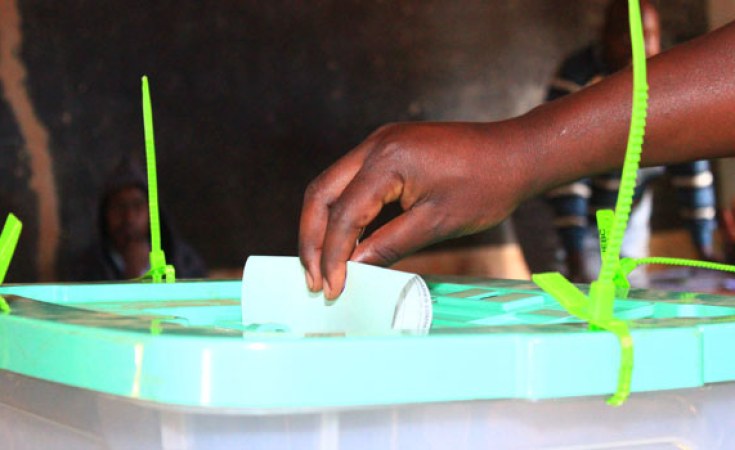 Somalia's key political leaders are headed for another tense meeting in Mogadishu on Wednesday, under pressure from donors to reach an electoral agreement for polls.

And it seems all eyes seem to be fixed on the 'big tent,' a structure inside the perimeter of Mogadishu's Aden Abdulle International Airport, the city's most guarded zone.

Somali leaders are expected to meet in the big tent and find a way forward on the delayed elections.

Somalia was to have an election to choose legislators for both its Upper and Lower Houses of its parliament in November and December 2020, but the process was delayed due to squabbles between some of the leaders of the Federal Government of Somalia (FGS) and some of the presidents of the Federal Member States (FMS).

The leaders had agreed on September 17, 2020 on a framework to hold an indirect election in Somalia, enabling the Somali clans to elect their legislators to the Lower House through 101 delegates while each FMS parliament was to elect an allocated number of senators for the Upper House (the senate).

In 2021, Somali President Mohamed Abdullahi Farmaajo has, three times, called for meetings of the National Leadership Forum that comprises of President Farmaajo, the presidents of the five FMS and the Mayor of Mogadishu. However, the meetings failed because Jubbaland President Ahmed Mohamed Islam Madobe and Puntland's Said Abdullahi Deni rejected the meetings.

Though Wednesday's meeting was called by President Farmaajo, it is fully endorsed by Somalia's international partners including the USA and the UN.

In a letter released on Sunday, the international partners welcomed the arrival of the delegates and the readiness of the federal government in taking part in the crucial meeting.

"We urge them (the meeting participants) to convene quickly and to show leadership by building on the Baidoa Technical Committee proposals of 16 February 2021 to implement the 17 September 2020 electoral model and proceed to elections without delay," the letter stated.

Somalia Information Minister Osman Abukar Dubbe told the media that the first phase of the meeting was over, hinting that he did not know why Jubbaland and Puntland presidents did not show up.

"President Farmaajo was the first to come to the venue in respect of the critical meeting that guarantees an election for Somalis," said Minister Dubbe.

Somalia's international partners are doing their best to ensure that the meeting ends successfully by, among others, urging all parties to participate.

Parliament Session Called Off As Govt, Opposition Fail to Agree on Agenda