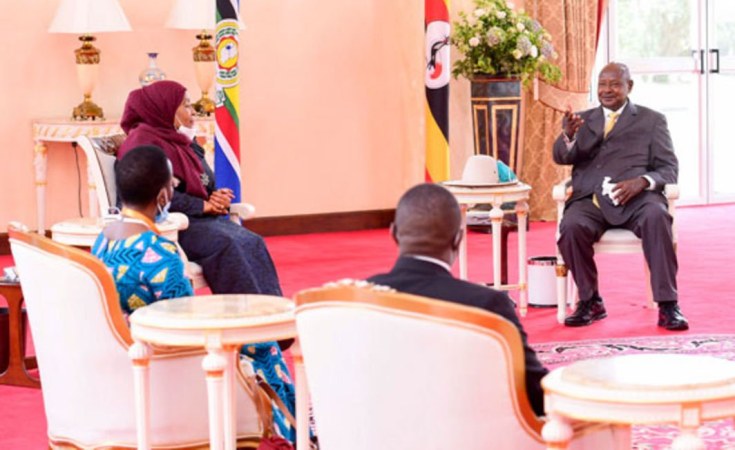 Uganda has suspended the launch of the East African Crude Oil Pipeline (EACOP) in order to mourn the death of the fallen President John Magufuli who played a big role during the conception of the project.

The Petroleum Authority of Uganda (PAU) said in a statement the launching project will be resume next month. Authorities hailed Magufuli's leadership that set a strong foundation for the EACOP project.

Ugandan President, Yoweri Museveni and President Magufuli signed the agreement on 13th September last year, paving way for the construction work on the 3.5billion US dollars Hoima-Chongoleani pipeline to take off.

In Tanzania the pipeline will pass through eight regions, 24 districts and 132 wards. It is projected to affect more than 90,000 people who are to be compensated around 21bn/-.

Tanzania's Delegation in Uganda Ahead of Sunday's Signing of Oil Deal