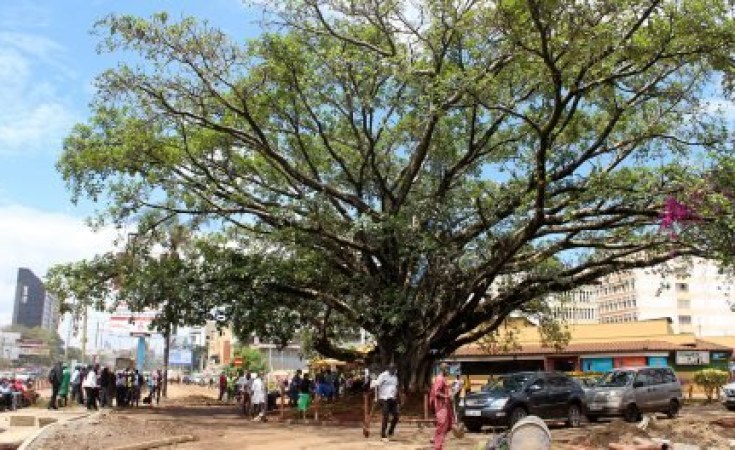 Three activists from Homa Bay County have sued the Coca-Cola Company for allegedly destroying a "sacred" fig tree that was planted by ODM leader Raila Odinga at Posta Grounds in Homa Bay town seven years ago.

The activists now want the Environment court to compel the beverage maker to facilitate Mr Odinga's visit to the town to plant another tree -- locally referred as Bongu -- at the same spot where he had planted the one that was destroyed by a pick-up truck belonging to the company.

In Nyanza, the tree which is not common, provides shade where elders hold meetings.

Mr Odinga planted the fig tree on August 2, 2014 when he toured Homa Bay town for a political function and to usher in the devolved system of government.

Members of Bunge la Wenye Nchi -- a group of Homa Bay activists -- believe that the tree, considered sacred, was meant to rescue Nyanza from political and economic woes.

The Bongu tree became stable and started maturing up to a height of about 3.5 meters before it was cut.

On March 25, 2017, the driver of a Toyota pickup, belonging to Coca-Cola, which was reversing near Bunge grounds where the tree was planted, did not notice it and thus ran over it.

ODM supporters, who would always water the plant every morning since it was planted, demanded that action be taken against the driver of the car that destroyed the tree and the company she worked for.

Coca-Cola is said to have made attempts to bring a similar tree, which did not impress some ODM supporters.

An assessment by the Kenya Forest Service (KSF) in April 2017 estimated the cost of the tree to be about Sh68,000.

Mr Evance Oloo, Mr Micheal Kojo and Mr Walter Opiyo filed a case under a certificate of urgency before the Environment and Land Court in Migori County on Tuesday, saying fig tree is traditional supposed to be handled with care.

Coca-Cola Company Limited, Kisii Bottlers and Almasi Beverages have been listed as the first, second and third respondents respectively.

The Luo Council of Elders and Mr Raila Amollo Odinga have also been listed as first and second interested parties.

The activists say the tree should only be planted by Mr Odinga because of its sacred nature, adding that it cannot grow if planted by someone who is not "chosen".

Justice G. Ongondo has scheduled the case for hearing from June 21, 2021 with the activists expected to file submissions during the course of the case.

Odinga, Coca-Cola, and a Fig Tree - Case of an Expensive Accident