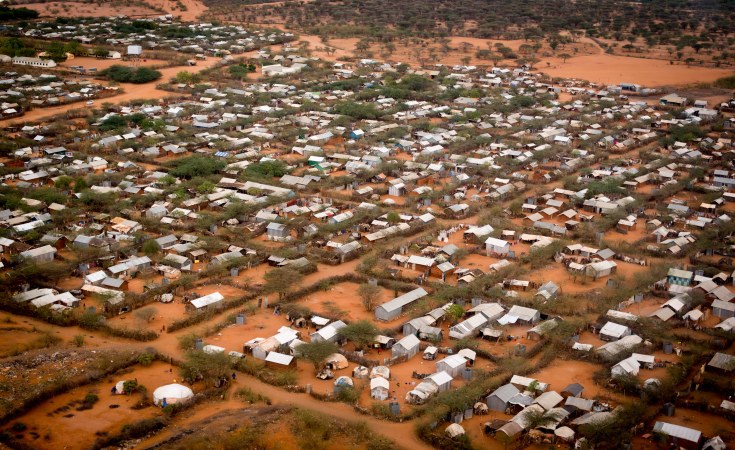 Nairobi — Kenyan authorities have ordered the United Nations refugee agency (UNHCR) to make plans to close two refugee camps that are home to more than 400,000 refugees, mainly Somalis and South Sudanese. While it's not the first time Kenya has threatened to close the camps, rights groups say the order could endanger refugees' lives.

Twenty-year-old Schadrack Nishimwe, a Burundian living in the Kakuma refugee camp in northern Kenya, fears for his future as the host nation threatens to close the camp.

If this camp is closed, he said, I can lose the peace and education I have here. If I go back home, there is no peace. He added, if I go back, I will be admitted to a lower grade. Forget about the education system. I am not so sure I will be able to continue with my studies.

On Wednesday, Kenya ordered the closure of Kakuma and Dadaab refugee camps, home to at least 400,000 refugees, the majority of them Somalis.

It's not the first time Kenya has threatened to close the Dadaab refugee camp. In 2016 Kenya wanted to close the camp in the northeast of the country for security reasons. It believes the camp is used by the Somali terrorist group al-Shabab to plan and carry out attacks. The plan was blocked by Kenya's high court, which termed it unconstitutional.

Abdullahi Osman, a Somali national, is one of the refugee leaders in the Dadaab camp. He said it's too dangerous for him to go home.

He said it's not possible to go back to Somalia. He says if the Kenyan government wants to take us by force, that's something else, but if we are asked to give our view, there is no safe place to go in Somalia. Many places in Somalia are insecure and there are killings.

Otsieno Namwaya is a senior researcher for Human Rights Watch. He said returning refugees to volatile countries is a dangerous affair.

"What we should note is that the reasons for which refugees left their countries are still there, the situation in Somalia has not stabilized, a few refugees from South Sudan who are in the camps, the place where they came from the situation has not improved, and Burundi and many others. So for Kenya to come up right now and say they want to take them back, I think that's in the violation of its obligations," said Namwaya.

In a statement Wednesday, the UNHCR said the move will negatively impact refugees' lives, especially coming at the time of the COVID-19 pandemic.

Attempts to reach the Kenyan Interior Ministry, which is in charge of refugee issues, were unsuccessful.

Relations between Kenya and Somalia have been on the decline in recent years, with Mogadishu accusing Nairobi of interfering with its internal affairs. Kenya denies that allegation.

Kenya has been hosting large numbers of Somali refugees since 1991, when Somalia's central government collapsed, and the country descended into civil war.