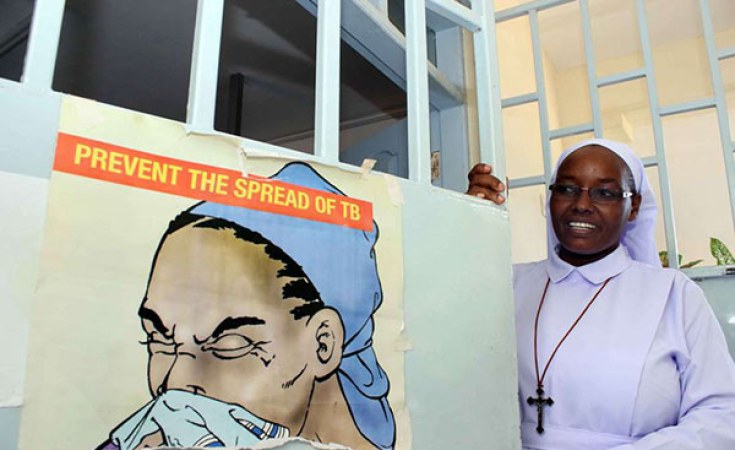 Authorities in Turkana County have raised the alarm over a spike in tuberculosis (TB) infections in the recent months.

According to the County TB Coordinator, Dr Job Okemwa, Turkana, which is among the top 10 high TB burden counties, has already recorded 600 infections since January this year.

Dr Okemwa warned the county could report more than 2,500 cases of TB if the current trend of infections is not controlled.

TB is a potentially serious infectious bacterial disease that mainly affects the lungs and which is spread when an infected person coughs or sneezes.

"The first quarter of this year is not over and yet we have already recorded 600 cases. Concerted efforts by both county and development partners must be stepped up to tackle this worrying trend," he said.

He added that the county recorded 44 cases of drug resistant TB last year. The cases were resistant to at least one first line anti-TB drugs which he said could have been caused by patients failing to observe proper treatment procedures.

Dr Okemwa said that the county is partnering with Ampath Plus to roll out house-to-house screening of TB.

"The initiative has kicked off in populated settlements in Turkana Central Sub-County that contributes to at least 1,000 of the total TB cases in the county," he said.

Ampath Plus Team Lead Christopher Eweilar said that they are facilitating healthcare workers deployed in highly prone villages to screen locals and ensure those infected are immediately enrolled for treatment.

Ms Ajele asked locals with signs of coughing and chest pain not to shun away from going to hospitals for fear of being tested for Covid-19, noting that any of the two will be treated if detected.

County Health Chief Officer Augustine Lokwang noted that the attention given to Covid-19 prevention and control has overshadowed all other diseases including TB, resulting to the current spike in cases.