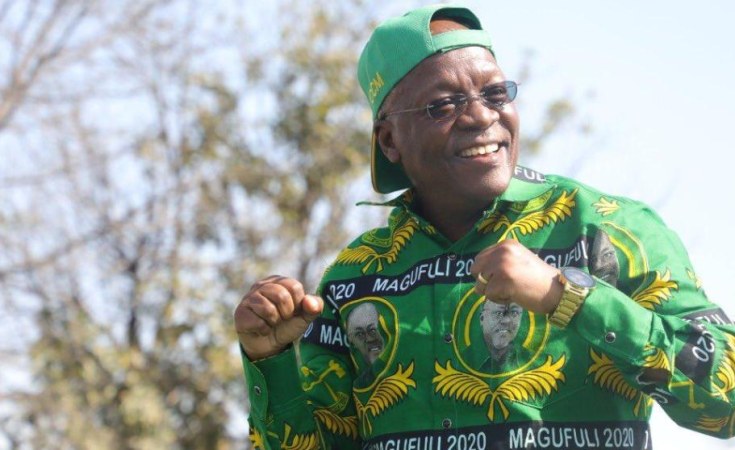 Tanzania's controversial President John Magufuli was officially declared dead on 17 March of a heart attack, though many suspect it was from COVID-19. They believe the ruling Chama Cha Mapinduzi (CCM) party couldn't acknowledge this because Magufuli claimed that Tanzania had rid itself of the deadly disease by prayer.

Magufuli came into office in 2015 with great promise. He swept corruption and incompetence from the bureaucracy and re-channelled government revenues wasted on graft, unnecessary red tape or pomp and ceremony into essential services such as hospitals.

But over the years, power seemed to go to his head. He became increasingly autocratic, centralising power and repressing criticism and opposition from political parties, media and civil society. A 2018 law imposed jail terms just for questioning the accuracy of official statistics.

On democracy, therefore, he clearly failed. On economics, his record was more ambiguous. Magufuli clamped down on foreign corporations, particularly mining houses, accusing them of stealing Tanzania's wealth. He imposed strict measures, especially on foreign mining companies, to force them to share more of Tanzania's natural resources. This 'resource nationalism' was popular at home, and the government arguably used the proceeds to fund more public infrastructure.

But to many critics, Magufuli's legacy will be shaped mainly by his last year in office, when he failed to control a runaway pandemic by essentially denying its power if not its very existence.

His vice president Samia Suluhu Hassan was little more than a figurehead then, but now she has stepped into his large shoes. She faces a mammoth challenge in managing - and many hope, reversing - her predecessor's legacy, especially COVID-19 denialism. But will she want to do that, and if so, will she be able to?

Tundu Lissu, leader of Tanzania's main opposition party, Chadema, believes Hassan will be more conciliatory towards the CCM's political opponents and will reverse Magufuli's COVID-19 policies. 'I don't think she's got any choice in the matter. To continue on the Magufuli path is a guaranteed and costly dead end. She doesn't have Magufuli's brutal venality nor his defiant streak.'

Magufuli's resource nationalism was popular at home, so Hassan is unlikely to abandon these measures

And Peter Leon, a mining law expert at Herbert Smith Freehills in Johannesburg, hopes Hassan 'will reduce the hostility towards foreign investors, dial down the rhetoric and help improve the investment climate.'

The critical first step is to re-examine the 2017 legislation increasing state ownership and control over mining. The law gives government at least 16% ownership of mining companies and bans the export of unprocessed minerals to force local processing and beneficiation. It also allows Parliament to unilaterally order changes to existing agreements with foreign mining corporations. These measures severely damaged investor confidence and led Moody's to give Tanzania a sub-investment grade of B1.

However Omar Mjenga, Head of the Center for International Policy in Dar es Salaam, says Magufuli followed the CCM manifesto, which its Congress endorsed. 'It is the same manifesto that [Hassan] will follow to advance her leadership from where Magufuli left.' He believes however, that Hassan would use WHO guidelines and work with the region to tackle the pandemic.

Mjenga doesn't see Hassan relaxing Magufuli's strictures on political opponents because these were mostly enshrined in legislation. However he added that Hassan had said in her inaugural speech that she would like the country to come together around the table to talk. 'She brings in a new synergy of bringing people together to have a debate and reach a consensus on issues.'

Other analysts don't see the transition unfolding quite so smoothly. Ringisai Chikohomero, a Researcher at the Institute for Security Studies (ISS), says Hassan was a 'figurehead' in an administration where Magufuli centralised power. She didn't - and still doesn't - enjoy the allegiance of the security chiefs or know about the patronage networks he created. These might be hostile.

Chikohomero likened her predicament to Malawian Joyce Banda when she succeeded Bingu wa Mutharika after his sudden death in office in 2012. In this situation, Hassan could fall under the sway either of Magufuli's network or that of former president Jakaya Kikwete, who Magufuli removed from office but who could make a comeback now, South African officials believe.

In The Conversation this week, Michaela Collord of Oxford University and Thabit Jacob of Roskilde University observed that Hassan had already shown signs of seeking Kikwete's backing. Yet this didn't necessarily mean a radical departure from suppression of the opposition. Kikwete's regime also committed human rights abuses and repressed the media and civil society, they said.

Chikohomero, like Mjenga, believes Hassan won't tamper with legislation restricting the opposition as it would be in the interests of anyone in power to keep these laws. 'But she might relax the rhetoric against the opposition and temper the repression and beating and arrests.'

Some analysts suggest Hassan could reverse Magufuli's interventionist economic stance and return to more business-friendly economic policies, especially if she falls under Kikwete's influence. Chikohomero is doubtful. He points out that Magufuli's resource nationalism and other statist measures were popular at home, so it wouldn't be in Hassan's interests to abandon them.

Others note though, that besides discouraging investment, Magufuli's policies have led to cronyism and lack of transparency in reallocating mining concessions to Tanzanians. Collord and Jacob caution that the danger if Hassan does revert to a more liberal economic policy 'is that under Kikwete, this model was associated with high levels of corruption and unproductive rent-seeking.'

Dan Paget, politics lecturer at Aberdeen University, suggests that corruption is inherent in this liberal economic model - at least in Tanzania. He told ISS Today that the pre-2015 graft was partly a product of the economic liberalisation of the 1980s and 1990s, which created wealthy, rent-seeking factions in the CCM that dominated the party.

It must surely be possible, nonetheless, for Hassan to return to a less repressive and statist political and economic environment without corruption. But whether she has the political will and clout to do so remains unclear, for now. 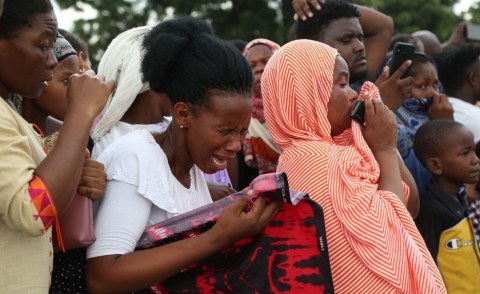 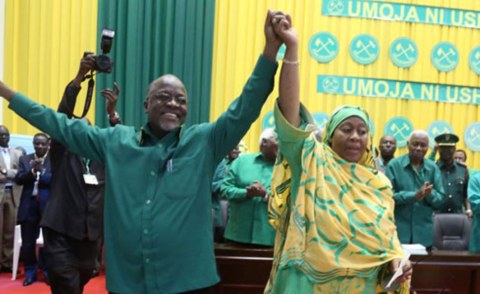 'I Am a Woman, and I Am the President' - Tanzania Leader Suluhu
Tagged:
Copyright © 2021 Institute for Security Studies. All rights reserved. Distributed by AllAfrica Global Media (allAfrica.com). To contact the copyright holder directly for corrections — or for permission to republish or make other authorized use of this material, click here.