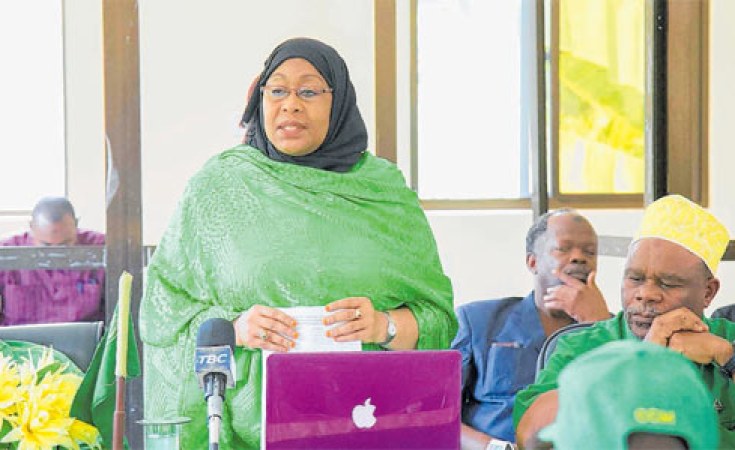 President Samia Suluhu Hassan, who took over the reins in Dodoma last week, after the death of president John Pombe Joseph Magufuli, faces a daunting in-tray.

From the expectations of domestic audience that will be looking at her through the prism of her predecessor to a regional and international community that will be watching every step of East Africa's first female head of state, President Suluhu will have to hit the ground running.

Although she may not be flying completely blind having been privy to what has been going on in government, President Suluhu takes charge of the host nation of the East African Community at a time when the community is at a crossroads.

After a period of expansion that saw its membership double from the original three member states to six today, tensions over trade and politics raise serious concerns about the future of the trading bloc. Rwanda is at loggerheads with both Burundi and Uganda while Tanzania and Uganda are facing off with Kenya over market access.

Matters are complicated further by the fact that the East African Community is actually in the doldrums. At no point since the revival of East African economic co-operation have prospects appeared to be so much in peril. Member states are in arrears of their contributions to the community's finances and they are at war with each other. Some of the outstanding dues, such as Burundi and South Sudan's contributions leave the bloc in a delicate position. The Summit has to choose between expulsion of the non-compliant members and accepting them as free spirits -- joyriders who will continue to sponge off their partners sweat.

To unlock the present dilemma and to turn Tanzania around from an inward-looking to a multilateral player in regional development, President Suluhu's self-perception is going to be as important as her world view.

East Africa's first female president will need to be both a warrior and peace builder if she is going to breathe new life into regional cooperation. In this she has no shortage of mentors. The last four decades of world politics spawned women leaders who have held their own in challenging times.

For 12 years, Ellen Johnson Sirleaf nurtured a shaky peace in Liberia, putting the country back on to sound democratic footing. German Chancellor Angela Merkel who has led Germany since 2005, was able to assert herself to lead her country and Europe through difficult economic times.

Without her grit and sound economic stewardship, the map of the European Union could have been very different today.

With such a storied history of women who took charge of their countries at critical times and steered them to safety, President Suluhu carries a heavy burden on her shoulders. She is likely not only to be judged against the staggering achievements of such women but she is also expected to emulate them.

Daunting as that might look, it is not an impossible task.

As the only woman at the Summit, she only has to sell her vision of Tanzania and East Africa, to the average man.

Until her honeymoon is over, her male counterparts will have to give her ideas a chance.

Tanzania's Samia Hassan Has the Chance to Heal a Polarised Nation