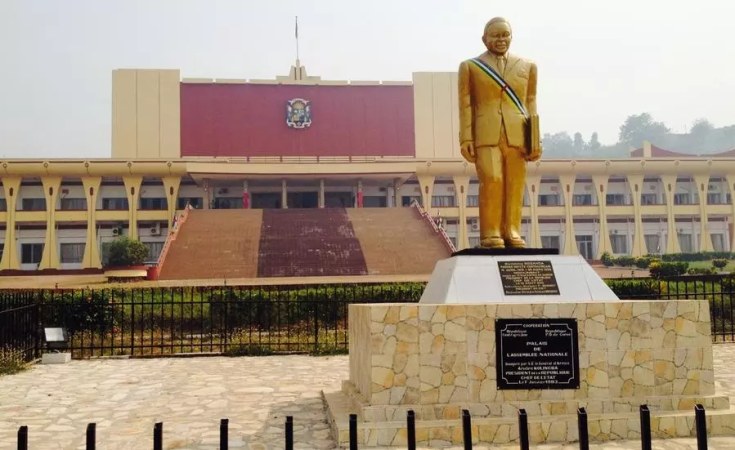 Burundi President Evariste Ndayishimiye and Cameroon PM Dion Ngute were among the other African leaders present at the ceremony in the capital Bangui as Touadera took oath of office for his second five-year term.

Touadéra's government continues to determinedly battle, with help from allies Rwanda and Russia as well as a UN peacekeeping mission, a coalition of armed groups led by former President François Bozizé.

Bozizé, who faces an international arrest warrant, initiated by the CAR in 2013.

He now leads the Coalition of Patriots for Change (CPC), formed by several armed groups last December as they looked to disrupt last year's presidential poll.

In the past two months, the CAR military was able to repulse rebels from several regions of the vast country.

A International Conference on the Great Lakes Region (ICGLR) mini Summit held in Luanda, Angola, in January on the political and security situation in the CAR ended with leaders backing Touadera and stating that they "won't allow that actors who oppose" last December's election results try to seize power by force.

Early this year, the United Nations Multidimensional Integrated Stabilization Mission in CAR (MINUSCA) lost several peacekeepers, including one Rwandan, in rebel attacks. Rwanda is also one of the top troop contributors to MINUSCA which started in April 2014 to protect civilians in the country under Chapter VII of the UN Charter.

The UN holds the Bozize's coalition responsible for the consequences of the violence on the civilian population.

The conflict in the CAR has seen Rwanda and Russia deploy troops, at the request of the government in Bangui, to help prevent a coalition of rebels and mercenaries from neighbouring countries from inflaming tensions in the troubled nation.

Kigali also deployed "force protection troops" - trained to conduct special operations - to the country on December 20, 2020, under a bilateral agreement on defence.

Cameroon Hopes for Stability As CAR President Is Sworn in