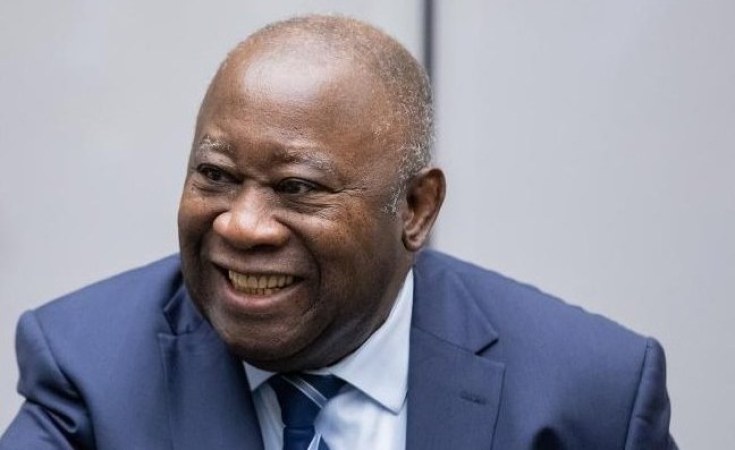 Judges at the International Criminal Court (ICC) on Thursday dismissed an appeal against Côte d'Ivoire's former President Laurent Gbagbo, confirming his acquittal for crimes against humanity and paving the way for his return to the West African country after almost a decade.The decision was a blow for victims' families and provoked concern among observers who say the case highlights the need for serious reform within the court system.

"This is a victory for a man, President Gbagbo, whose innocence is finally fully recognised," said Gbagbo's lawyer Emmanuel Altit. "President Gbagbo always said that he believed in justice. Today, justice has been done."

Gbagbo and his right-hand man Charles Blé Goudé were found not guilty of crimes against humanity in 2019 related to post-election violence in Côte d'Ivoire more than 10 years ago. Some 3,000 people were killed following disputed results in the 2010 polls.

Gbagbo refused to cede power to incumbent President Alassane Ouattara, but with the help of a French military intervention he was removed from the presidency. He was sent to the world court the next year.

ICC prosecutor Fatou Bensouda appealed the 15 January 2019 decision, arguing that the court "committed legal and procedural errors", highlighting that judges did not make a proper written judgement until six months after an oral acquittal.

Bensouda had said Gbagbo and Blé Goudé's acquittal must be reversed and must be declared a mistrial, saying the judges did not apply a "clearly defined standard of proof" in reviewing the evidence.

"I'm not surprised, the trial judgement had been quite clear and conclusive on the fact that the prosecutor had not presented enough evidence or evidence that was convincing enough," said Mariana Pena, who has been following the trial for the Open Society Justice Initiative, a non-governmental organisation.

More than 4,600 documents were examined and 96 witnesses appeared on the stand during the trial of the first former head of state to sit in the dock at The Hague court.

Part of the prosecution's appeal relied on an argument about a claimed procedural error when the original verdict was handed down in 2019, with the prosecutors office saying judges did not make a proper written judgement.

"I think the reason the prosecution appealed on those procedural grounds is because that they're seeking to establish jurisprudence for the way forward," legal expert Pena told RFI, explaining that this was probably a move by Bensouda to try and establish a standard for how judgments are delivered.

Another key tenet of the prosecutors appeal was how the judges set standards for the evidence against Gbagbo and youth wing leader Blé Goudé.

The appeal verdict served to further underline the need for reforms to the ICC, a process that has already started since the original verdict, according to Pena, who has previously represented victims at the ICC.

"The damage of the acquittal has been done," she said, describing how the 2019 verdict, in part, encouraged many stakeholders to push for change, especially on questions about the prosecutor providing sufficient evidence.

"Things need to change in terms of how investigations are conducted," Pena added, outlining specific criticism about how in-country investigation teams operate, an aspect already identified in the review process.

Some criticism has been levelled at ICC Prosecutor Bensouda herself, who will soon be replaced by incoming prosecutor Karim Khan, a British barrister.

Nevertheless, Pena points to some successes achieved by the Gambian lawyer, such as the conviction of Congolese warlord Bosco Ntaganda, who's conviction was confirmed earlier this week.

"I think it's not just about the person who leads," said the Argentine lawyer, referring to a resistance to change within the ICC that also comes from other senior management and staff.

The need for change at the ICC will not be much comfort to the families of the victims, as the confirmation of Gbagbo and Blé Goudé's acquittal means they are still seeking justice.

"The court has held no one responsible for atrocity crimes committed during this period," said Michele Eken, a researcher for Amnesty International, a human rights organisation.

Eken referred to an amnesty granted by President Ouattara in 2018 to some 800 people preventing national tribunals from prosecuting crimes under international law.

"Whether at the national or international level, victims of the 2010-2011 violence are yet to see justice and reparations for the harm they suffered," Amnesty's Eken said in a statement.

The appeals verdict also removes one of the last obstacles preventing Gbagbo's return to Côte d'Ivoire. The former president has been quite clear in expressing his desire to return home.

But the 75-year-old remains a symbol of the polarised nature of Ivorian politics, split between two camps with divisions that were laid bare during the civil war that broke out in 2002 and later during the electoral crisis in October 2010 when Gbagbo refused to step down.

Incumbent Ouattara, who was recently re-elected for a third term, has been talking about national reconciliation over the past few years, according to Oumar Ba, a political expert at Morehouse College in Atlanta, Georgia, yet a number of issues are outstanding on the modalities surrounding Gbagbo's homecoming.

"It's unclear yet what the effect of this acquittal will mean for Côte d'Ivoire political scene and the national reconciliation project," Ba told RFI.

While Gbagbo was locked up in Scheveningen prison during the ICC case, Ivorian authorities in January 2018 found him guilty of raiding the national branch of the Central Bank of the States of West Africa and several commercial banks during the post-electoral crisis, with a 20 year prison sentence still hanging over his head.

This conviction is likely to be at the centre of negotiations surrounding his homecoming, according to Ba, who has published a book on the politics of the ICC.

"I don't think that Ouattara is right now in a position to put Gbagbo in prison if he returns, that would create a lot more problems for Ouattara's government," said Ba, talking about bargaining between the two camps.

Ivorian authorities have indeed signaled that they are open to the former president's return, but the possibility of granting Gbagbo an amnesty is likely to centre on what Gbagbo intends to do next, according to Ba.

"The terms of this return will be a matter of negotiation between the Ivorian authorities, the government and Gbagbo's side, what offer could they make for him to be able return safely and not face a prison sentence," he added.

Does Gbagbo still have political ambitions or does he see himself in an elder statesman type role, questions Ba, who also works as an editor for Africa Is A Country. And how will his return factor into a changing dynamic within Ivorian politics.

"At this point, what will matter the most for Côte d'Ivoire in the years to come, are not necessarily Ouattara, Gbagbo and [former President Henri Konan] Bedie, but it will more likely be the two younger ones, the new generation," said Ba.

Côte d'Ivoire is likely to see reshuffling of alliances with Gbagbo ally Blé Goudé, as well as Guillaume Soro, previously a key ally of Ouattara, who set up his own opposition party and is now in exile, playing an increasingly important role.

National reconciliation will "all depend on Gbagbo's ability to return back home", said Ba.

Previous Story
With Gbagbo and Blé Goudé Acquitted, What Is Next for Victims in Côte d'Ivoire?
Next Story
Gbagbo Acquittal - '3,000 Dead, and No One Guilty!'

With Gbagbo and Blé Goudé Acquitted, What Is Next for Victims in Côte d'Ivoire?