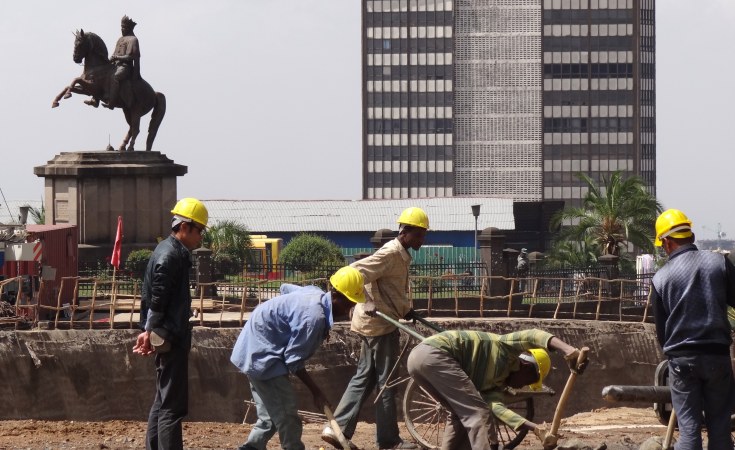 Minister of Finance, Ahmed Shide has praised the World Bank for the support rendered to Ethiopia's economic reform programs and acknowledged the Bank's contribution to combating the impacts of the COVID19 pandemic.

Ethiopia and the World Bank Group conducted a virtual meeting on Friday which is part of the annual Spring Meetings where Ahmed Shide briefed participants about the ongoing major economic reform measures undertaken by the Ethiopian government thus far.

The Minister said the Ethiopian Government has taken tangible steps to implement structural reforms to transform and strengthen private sector participation in the economy.

He also explained about actions taken to increase investment inflow in the country.

While thanking the Bank for its support of the reform program, he elaborated on the changes brought about by the new investment proclamation, and other regulations which are contributing to creating a conducive business environment in Ethiopia.

Furthermore, the Minister explained about the comprehensive State-Owned Enterprise reforms which are helping to ensure the SOEs improve their transparency, accountability, efficiency, and quality of service delivery.

The Minister acknowledged the World Bank's contribution to combating the impacts of the COVID19 pandemic and requested more assistance to access more vaccines for Ethiopia.

The World Bank, represented by the Vice President for Eastern and Southern Africa, Hafez Ghanem and other sectoral directors expressed the Banks commitment to continue supporting Ethiopia's economic reform programs.

They have also pledged to support Ethiopia to access more COVID vaccines, according to Ministry of Finace.

In conclusion, the Minister briefed the meeting about the preparation being taken for the recovery program to enable rapid reconstruction in Tigray.

Somalia Restores Relations with Kenya - With Help from Qatar
Climate