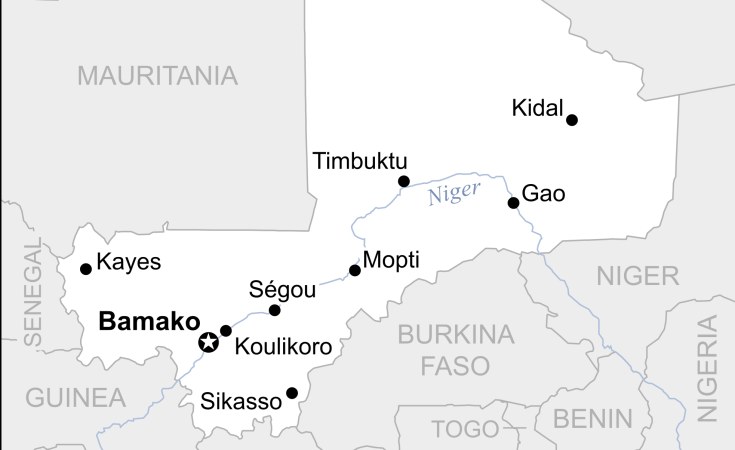 UN Office for the Coordination of Humanitarian Affairs/Wikimedia Commons
A map of Mali in 2013.
Radio France Internationale

The corpse of a Swiss national held captive for over four years in Mali has been discovered and her DNA confirmed, the Swiss foreign ministry said on Wednesday.

"Sadly, we now have definitive evidence that the woman who was held hostage is dead", said Federal Councillor Ignazio Cassis, saying he was relieved that the government can return Béatrice Stöckli's remains to her family.

Stöckli was kidnapped by hardline Islamist militants in 2016 and her body was recently given to Malian authorities.

Another captive who was freed last year had said the Christian missionary, who had been working in Timbuktu, was killed by her kidnappers.

She was held by Jama'at Nusrat Al-Islam wa'l-Muslimin (JNIM), a group affliated to al-Qaeda in the Sahel that is designated as a terrorist group by the US government and has carried out several attacks against foreigners in Mali.

The announcement of her death followed the freeing of four people in October held by hardline Islamists in Mali, including Sophie Pétronin, a French charity worker. JNIM said in a video that it was responsible for killing Stöckli.

Authorities in Bamako had sent DNA samples to Switzerland for analysis, leading to the confirmation that the Basel-born woman had been killed.

Stöckli had previously been captured in 2012 when Timbuktu was attacked by armed separatists and Islamist fighters. On that occasion she was freed after one week following intervention by mediators from Burkina Faso.

International forces, including the French, and Malian soldiers have been battling against a hardline Islamist insurgency in Mali's north since 2012.

Hostage taking and demanding ransoms has become part of these group's survival strategy, as well as running guns and smuggling drugs.

Switzerland's government said it was continuing to work on case and had been calling on Bamako to determine the exact circumstances of her death.

Her body will be repatriated once it is released by the Malian government, the Swiss foreign affairs ministry said. 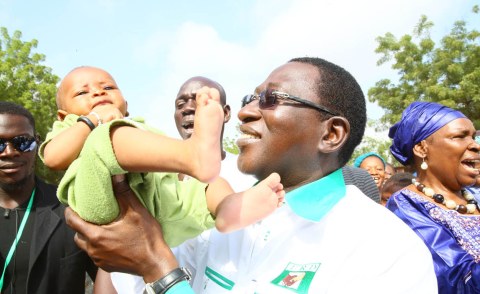 'Mali Govt Paid Millions for Opposition Leader Cissé's Release'
Tagged:
Copyright © 2021 Radio France Internationale. All rights reserved. Distributed by AllAfrica Global Media (allAfrica.com). To contact the copyright holder directly for corrections — or for permission to republish or make other authorized use of this material, click here.