Kenya: Covid-19 - Worry in Isiolo County as 12 Killed in One Month 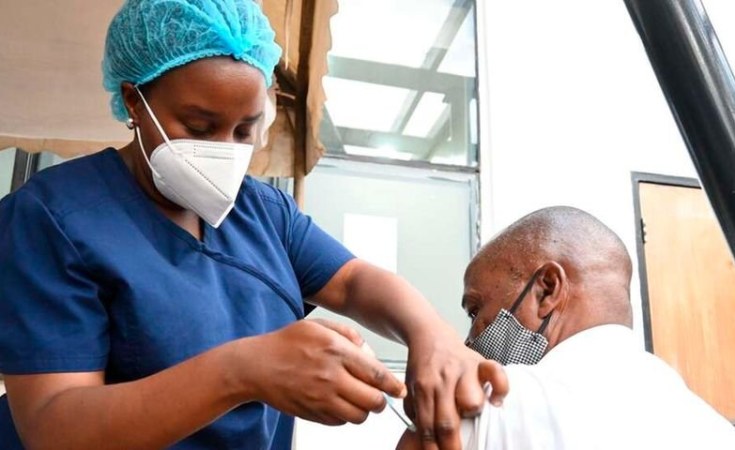 Sila Kiplagat/Nation Media Group
A medic administers a Covid-19 vaccine at the Kenya Medical Practitioners and Dentists Council headquarters in Nairobi on March 31.
The Nation (Nairobi)
By Waweru Wairimu

Covid-19 has killed 12 people in Isiolo in the last one month, according to County Health Chief Officer Ibrahim Alio.

The 12 include nine who succumbed to the disease in March and three who died at the Covid-19 Intensive Care Unit at Isiolo County Referral Hospital in the last five days.

By April 5, the county had recorded 294 cases of the disease out of 2,720 samples tested since March, when the country reported its first case.

Mr Alio further said 13 patients were on home-based care and that five others in a critical condition were at the ICU centre.

He added that six patients were discharged in the last one week.

Mr Alio said the facility was receiving a huge number of patients with Covid-19-related symptoms and that a majority of them had underlying conditions.

Patients in critical condition might be forced to seek services in other counties as the 13-bed ICU will fill any time soon, he said.

He added, however, "We have enough oxygen at the referral hospital to support the increasing need."

The official further said that delayed results were hampering contact tracing and the fight against the pandemic.

Officials are concerned about the increased risk of exposure for residents as they bury people who die at home, from complications linked to the virus.

The worry is that there are many infections that have gone unreported as some communities do not seek the guidance of health officials in conducting such ceremonies.

Residents have, in recent weeks, reported cases of people dying from Covid-19-related complications but the health department insists the cases were not confirmed.

"There is need for our Muslim brother and sisters to strictly observe the Ministry of Health protocols as we near the Ramadhan period," he said.

Previous Story
Research - Sh8 Billion Lost Daily in 5 Counties Due to Covid-19 Lockdown
Next Story
Kenya's Covid-19 Recoveries Jump By 2,217 as Cases Near 140,000