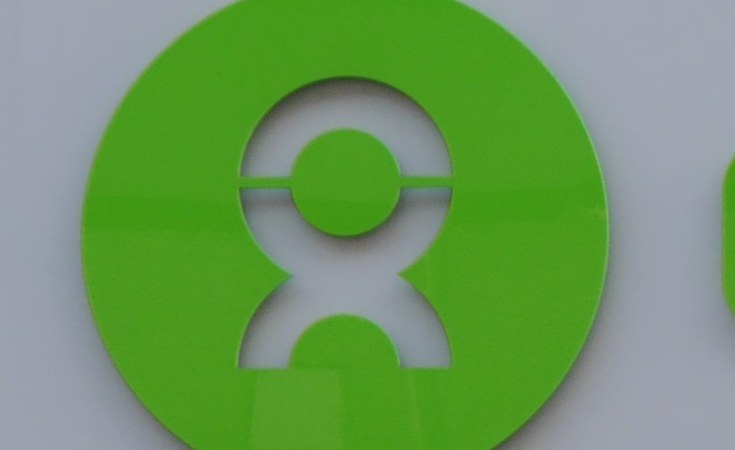 London — 'For us, it boils down to the abuse of power.'

Claims of sexual exploitation, sexual harassment, bullying, fraud, and breaches of safeguarding procedures detailed in a February letter to Oxfam chiefs had built up over years with an organisational culture that made it difficult - and dangerous - for employees to report misconduct, five whistleblowers who worked for Oxfam and who signed the letter have told The New Humanitarian.

If staff in the Democratic Republic of Congo (DRC) came forward with concerns, they were often either persuaded to back down or threatened with dismissals, loss of benefits, or other changes to their contracts, the whistleblowers said. One claimed that a "person in power" threatened to poison them if they reported misconduct concerns.

"We were tired of Oxfam not taking any action (about) our concerns and complaints that we have been raising for years," one whistleblower who worked in Oxfam DRC told The New Humanitarian, speaking about why they were motivated to write the letter to the Oxfam chiefs. "At the same time, none of us wanted it to come to this. We believe in the organisation's work and are sad to see that its reputation is at stake again, largely due to the organisational culture and people at the top."

The whistleblowers spoke as Oxfam was again making headlines, with news of the suspension of two senior Oxfam workers following a probe that began in November, after The New Humanitarian and Thomson Reuters Foundation uncovered widespread aid worker sex abuse allegations during the Ebola outbreak in eastern Democratic Republic of Congo. Oxfam was one of seven organisations named in the investigation.

Oxfam declined to comment on the latest allegations, saying that an investigation was ongoing. It did, however, offer a statement.

"We can confirm we have suspended two members of Oxfam staff in the Democratic Republic of Congo as part of an ongoing external investigation, which we set up last November, into allegations of abuses of power, including bullying and sexual misconduct," Oxfam's statement read late last week.

"We are acutely aware of our duty to survivors, including in supporting them to speak out safely. We are working hard to conclude the investigation fairly, safely and effectively."

Today, meanwhile, the UK government released its full response to the International Development Committee's report on how the government could improve use of foreign aid, and specifically what actions could be taken to ensure that organisations meet safeguarding standards on the prevention of sexual abuse and exploitation.

Although the committee said progress had been made in boosting safeguarding measures, it was "disappointed" that the government had not made a commitment to require audits of whistleblowing practices from organisations receiving British aid - the government said that such practices were already considered as part of its due diligence for organisations.

The committee also noted that the UK government would not require organisations to publish annual data on sexual abuse and exploitation allegations.

"The recent allegations of Oxfam aid workers perpetrating acts of sexual exploitation and bullying in the DRC are deeply disturbing," said International Development Committee Chair and lawmaker, Sarah Champion. "Any incidents of SEA [sexual exploitation and abuse] in the aid sector must be properly investigated, and the right support must be given to survivors of these horrendous crimes."

The latest allegations come after Oxfam was cleared by the Charity Commission for England and Wales in February from special oversight and could apply for new UK aid funds. Restrictions had been put in place after it was discovered that Oxfam staff had sexually exploited victims of the 2010 Haiti earthquake - a scandal that contributed to the NGO losing more than $30 million in private and government funding.

Last week, The Times of London first reported the suspensions in Congo and the detailed allegations that were put forward in a 10-page letter to Oxfam chiefs and dated 23 February. Other Oxfam staff in the charity's Congo operation and regional offices are now also being questioned.

The letter was written by 22 current and former Oxfam staff - men, women, Congolese and expatriates - and shared with The New Humanitarian and The Times.

The England and Wales Charity Commission said on Tuesday that since its 2019 inquiry calling for significant and cultural change, it had been "holding Oxfam to account for its progress on improving safeguarding" and was continuing to get updates from the organisation. It said, however, it could not comment on "live cases."

Oxfam said that it had implemented most of the 100 recommendations made by the commission on how to improve safeguarding and other practices, and that the commission was aware of the investigation that began in November and is being carried out by a private firm, OSACO Group.

The UK's Foreign, Commonwealth and Development Office did not immediately respond to an email for comment from The New Humanitarian as to whether findings of the OSACO investigation could affect the charity's ability to apply for UK aid money.

Although the probe began in November - an investigation that includes the whistleblower allegations as well as other claims that were not specified in the letter because the whistleblowers felt being more specific could identify staff or jeopardise victims - some of the allegations stretch back to 2015.

"For us, it boils down to the abuse of power," one of the signatories to the letter - a former Oxfam worker who had worked in the Democratic Republic of Congo - told The New Humanitarian on Friday. "They had proof of multiple offences, but they have created a system that it's almost impossible to bring people down."

One former Oxfam worker described a "rotten" institutional culture, and said that systemic failures had affected the hiring process. Staff were often hired because they knew managers, the worker claimed, and that fostered an environment that was open to abuse - both in the quality of programmes and use of aid funds.

Whistleblowers told The New Humanitarian during interviews that breaches of confidentiality were also common, often putting them in danger after reporting alleged abuses or concerns.

In The New Humanitarian and Thomson Reuters Foundation's year-long investigation into sex abuse and exploitation claims during the Ebola outbreak, Oxfam was one of the organisations that refused to release the number of sexual abuse and exploitation allegations it had dealt with in the country or during the outbreak - the World Health Organisation also said it only released global figures annually. Oxfam said such detailed numbers could jeopardise victims.

More than 50 women told reporters they had been sexually abused or lured into sex-for-work schemes during the Ebola outbreak between 2018 and 2020.

Women said 30 of the men had said they worked for WHO, while eight women accused men from Congo's ministry of health.

Single claims were made against men who said they worked with Oxfam, the UN's migration agency, and Médecins Sans Frontières (MSF).

All organisations vowed to investigate claims after The New Humanitarian and Thomson Reuters Foundation's articles were published, but none have so far released updates on their findings.

At a glance: Letter details misconduct claims at Oxfam's office in Congo

The New Humanitarian is an independent, non-profit newsroom founded in 1995. We deliver quality, reliable journalism about crises and big issues impacting the world today. Our reporting on humanitarian aid has uncovered sex scandals, scams, data breaches, corruption, and much more.

Our readers trust us to hold power in the multi-billion-dollar aid sector accountable and to amplify the voices of those impacted by crises. We're on the ground, reporting from the front lines, to bring you the inside story.

We keep our journalism free - no paywalls - thanks to the support of donors and readers like you who believe we need more independent journalism in the world. Your contribution means we can continue delivering award-winning journalism about crises. Become a member of The New Humanitarian today.

Tagged:
Copyright © 2021 The New Humanitarian. All rights reserved. Distributed by AllAfrica Global Media (allAfrica.com). To contact the copyright holder directly for corrections — or for permission to republish or make other authorized use of this material, click here.