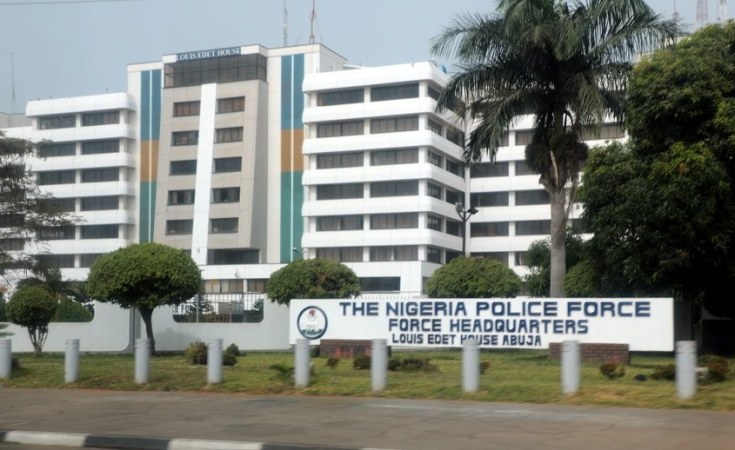 The minister of police affairs, Maigari Dingyadi, who disclosed this to State House correspondents in Abuja, said that the appointment was with immediate effect.

He said that the issues of professionalism, competence and years of service were considered before the appointment.

President Buhari had on February 4 extended the tenure of IGP Mohammed Adamu for three months.

Adamu, who was on official assignment to Imo State when the announcement was made, has spent two months and three days.

The new police boss comes to the post in the face of repeated attacks on police stations and prison facilities in Imo State. He is expected to rein in the escalating violent crimes in the region and across the country.

Born in 1963, acting IGP Baba joined the Nigeria Police Office in 1988 as an assistant superintendent of police (ASP).

He is a fellow of the National Defence College and a member of the International Association of Chiefs of Police.

The Yobe-born officer has held several strategic positions in the past which include: Assistant Inspector-General of Police in charge of Zone 5 Benin, Zone 4 Makurdi, Zone 7 Abuja, Commissioner of Police for the Federal Capital Territory (FCT) and Delta Commands, amongst others.

Until his recent appointment as acting IGP, he was DIG Force Criminal Intelligence and Investigation Department (FCIID).

He was also acting DIG in-charge of Finance and Administration and Force Secretary.

The police station, located in Ehime Mbano LGA, was burnt down on Tuesday , thereby sending fear and apprehension among the populace.

It was gathered that the gunmen were also said to have freed the detained inmates at the police station after some officers in the station fled the place as a result of the superior gunfire from the assailants.

This is coming two days after gunmen stormed the Imo State Police Command headquarters located in Owerri on Monday, freeing over 1,800 prisoners .

Vice President Yemi Osinbajo also visited the state for an assessment of the damage done during the previous attack.

When contacted, the Police Public Relations Officer (PPRO) Orlando Ikokwu confirmed the incident and submitted that no life was lost, adding that the police confronted them frontally.

He however explained that two vehicles belonging to the Division were destroyed in the process.

Eight persons have been confirmed killed by bandits along Kaduna-Kachia road and other locations in Kajuru and Kachia local government areas of Kaduna State.

Sources however said that 25 passengers, including 19 female members of Anglican Church, were abducted during the attack on the road in the early hours of yesterday.Kaduna State commissioner for Internal Security and Home Affairs, Mr Samuel Aruwan who confirmed the killings in a statement Tuesday afternoon, did not however mention the alleged abduction.

According to Aruwan, "On a sad note, security agencies have reported the killing of eight persons in separate incidents in Kajuru and Kachia local government areas.

"In one incident, armed bandits barricaded the Kaduna-Kachia road around Kadanye village in Kajuru LGA, and opened fire on a bus, as well as a truck carrying firewood.

"Five people were killed in the attack, listed as: Alfred Makinde (the driver of the bus), Abdulrahman Dela, Dauda Adamu, Umar Dauda and Abdulrasheed Musa.

"Three persons were injured, and are currently receiving treatment in hospital. They are: Murtala Ibrahim, Ali Manager and Abdullahi (full name unknown)

"Similarly, armed bandits barricaded the Kaduna-Kachia road at the Doka axis of Kajuru LGA and shot at a truck, killing the driver. Any further details received on casualties will be communicated to the citizenry.

"Furthermore, in Kachia LGA, armed bandits invaded a herders settlement in Inlowo village, and killed one Ibrahim Alhaji Haruna, before carting away 180 cows.

He added that Governor Nasir el-Rufai had noted the reports with sadness, and sent condolences to the families of the deceased, while praying for the repose of their souls. He also wished the injured a quick recovery.

"The security agencies are presently conducting operations at identified locations in the general area. The government will make details public on the receipt of operational feedback," the Commissioner said.

However, an eyewitness who prefers anonymity told our correspondent that he along with other travellers arrived at the scene of the attack shortly after it happened. He said he sighted about nine lifeless bodies at different spots while a bus conveying Anglican Church members was abandoned with its occupants forced into the forest.

According to him, those that got killed were in a truck carrying firewood while the kidnapped persons included 19 occupants of an Anglican Church bus and six others from a Golf-4 saloon car.

Nigerian Group Storms Prison, Police HQ in Imo State
Tagged:
Copyright © 2021 Leadership. All rights reserved. Distributed by AllAfrica Global Media (allAfrica.com). To contact the copyright holder directly for corrections — or for permission to republish or make other authorized use of this material, click here.