Tanzania: Opinion - Why Tanzania Had a Peaceful Transition 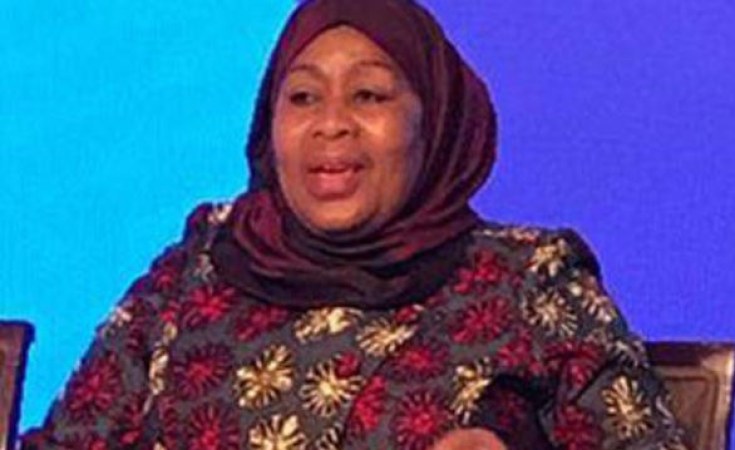 Tanzania's peaceful transition of power after President Magufuli's death was not only a result of adhering to the constitution but also respecting the country's political culture, says DW's Harrison Mwilima.

When Tanzania announced the death of President John Pombe Magufuli on March 17, the East African nation went into 21 days of national mourning. That period was for the country to reflect on Magufuli's legacy and at the same time observe how the government would proceed with this first-time experience of a president dying while still in office.

Such an unexpected transition can be fertile ground for chaos. In some African countries, this became an opportunity for the army to launch a coup and suspend the constitution. For instance, in Guinea, after President Lansana Conte died in 2008, and in Togo after Gnassingbe Eyadama passed away in 2005.

Since most African countries' boundaries were created through colonial processes, thus ending up with diverse ethnic groups, cultures, religions, and languages being put together into a single nation, stakes can be high whenever there is a power vacuum.

Tanzania is a diverse country with almost 130 ethnic groups and languages. However, 21 days of mourning have passed, and the transition of power has happened peacefully. The new government of President Samia Suluhu Hassan is already running the country smoothly. Given these developments, I am convinced that there might be some lessons for other African countries to learn from this Tanzanian experience.

Tanzania's constitution clearly describes that when a president dies while in office, the vice president would take over and finish the late president's remaining term. The United Republic of Tanzania is a union between Tanzania's mainland (formerly known as Tanganyika) and Zanzibar island. The constitution further states that if the president comes from the Tanzanian mainland, the deputy should come from Zanzibar and vice versa.

Tanzania strictly followed these guidelines. The current president, Samia Suluhu Hassan, comes from Zanzibar. But before she got the top job, she deputized then-President Magufuli. In the same vein, Hassan also appointed a vice president from Tanzania's mainland.

The fact that rules and regulations define where the president and the vice president should come from has helped the country cope with the new changes and further strengthened the Tanzanian union. For Zanzibarians, it became an opportunity to provide a union president, who also happened to be a woman. All these factors have led Tanzanians to embrace these new changes peacefully and curiosity about how the new leader would steer the country in the post-Magufuli era.

The constitution is just one aspect that Tanzania has followed. Other unwritten rules have become part and parcel of the country's political culture. In this context, religion has also become an unwritten criterion on who would govern the country. Since independence, the Tanzanian government has been led by alternating Christian and Muslim presidents. Tanzania's population is approximately evenly split between Christians and Muslims. Thus, if the president is Christian, then the vice president would be Muslim and vice versa.

The late President John Pombe Magufuli was a Christian, and his deputy, now the president, Samia Suluhu Hassan, is a Muslim. For the nation's unity of holding the two religions together, this has been a powerful tool for a peaceful transition of power.

The benefits of both written and unwritten rules

Tanzania's situation shows that while it is essential to have written rules via the constitution, it is also vital to establish unwritten rules that become part of political cultures that the country would have to observe. Given the diversity of Tanzania's society, the president and the Cabinet would seek to ensure the inclusion of different religions and ethnic backgrounds.

From a rational point of view, one may argue that governments should select people based on merit. That is true for Tanzania, too. However, given the nation's diversity, other criteria such as religion and ethnic background would matter. The benefits of including written and unwritten rules have provided a solid ground in the last 21 days for Tanzania to achieve a peaceful transition of power.

What's to Show for Zimbabwe's 41 Years of Independence?
Legal Affairs