Benin: A Third Election Without Main Opposition Parties in Benin 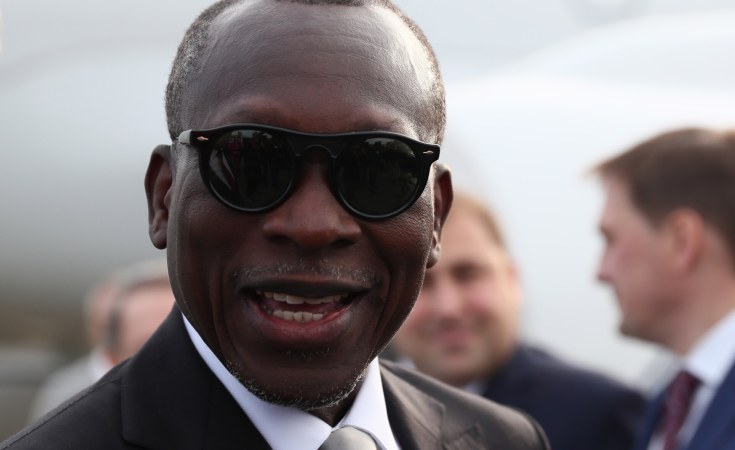 On 11 April, Benin will hold its seventh presidential election since the 1990 national conference that paved the way for the country's peaceful transition from military dictatorship to democracy.

The country gained the reputation of being a beacon of democracy in West Africa for holding successive inclusive elections and ushering in peaceful transfers of power. However this image was tarnished by the 2019 violence that followed the legislative election, where security forces killed at least four protesters.

In that year the two ruling parties, the Republican Bloc (BP) and Progressist Union (UP), adopted an electoral code that introduced an endorsement requirement that resulted in the exclusion of the main opposition parties from the presidential run. This has stymied the credibility of the upcoming presidential polls.

Dialogue initiated after the 2019 legislative election to address major grievances has reached an impasse. In addition, the detention of five opposition figures by the Court for the Suppression of Economic Crimes and Terrorism on alleged terrorism and political sabotage charges, and accusations of government interference in those cases, have deepened the crisis of confidence between political actors. This could trigger civil strife.

The absence of opposition parties from three consecutive elections since 2019 undermines the country's democratic progress and gives the feeling that the 2021 election outcome is predetermined. This, among others, has led to Benin's decline from Free to Partly Free in the Freedom in the World 2020 report.

The African Court on Human and Peoples' Rights has called for contentious reforms to be scrapped from the electoral code. Opposition parties have requested a postponement to allow broad participation and inclusivity. Despite this, Benin is going ahead with elections.

The endorsement requirement stipulates that presidential and vice-presidential candidates be sponsored by at least 16 parliamentarians or mayors, or both. The BP and UP are the only parties with representatives in the National Assembly and control 70 out of the 77 local councillors. As a result, they control presidential candidates' eligibility to stand for the election.

Opposition parties view the endorsement requirement as illegitimate as it excludes them from the polls. Endorsements, they argue, were manipulated and hijacked by the two ruling parties who handpicked President Patrice Talon's two contenders.

On 14 February, UP Member of Parliament Ahmed Affo Obo Tidjani challenged the authenticity of a supposed sponsorship of Talon bearing his name in the Constitutional Court. He said he'd instead endorsed the Démocrates opposition candidate Reckya Madougou. The court dismissed his case - which furthers the perception of partiality.

Talon's first term was officially meant to end on 5 April 2021, according to the 1990 Constitution. However the 2019 constitutional amendment voted by a Parliament controlled by the two ruling parties extended Talon's stay in office for 45 more days. This adds to the grievances leading up to the elections.

The country could experience a repeat of the 2019 post-election violence. Ahead of the polls, protests have already erupted in many cities across the country. Some prosecutors and the government's spokesperson have warned the population against acts that could hinder the smooth running of the election and have threatened harsh sanctions on offenders.

More election-related violence would leave devastating short-, medium- and long-term impacts on Benin's social cohesion, peace and stability. In this context, national and international actors could explore several options to mitigate risks for the event.

In case these protests degenerate further, the Republican Police should continue their efforts to encourage officers to show professionalism during the electoral process to avoid an escalation of the situation.

An amnesty law for the post-electoral violence adopted in October 2019 was criticised by political and civil society actors and human rights organisations for allowing security forces suspected of human rights abuses to elude justice. According to Amnesty International, the law violated victims' right to justice and provided blanket protection to security forces.

To avoid deepening the sense of impunity, security forces should refrain from using excessive force and ensure that their actions don't result in destruction, injury or loss of life.

The government and all relevant stakeholders involved in the organisation of polls should take stock and learn lessons from the implementation of different electoral reforms adopted since 2018 and question their effectiveness.

In many African countries, the outcome of elections is no longer decided on the day of the polls. There is a worrying trend of incumbents ensuring their re-election by intentionally excluding their political opponents ahead of elections. This makes national, regional and international organisations involved in the monitoring of polls inefficient.

This political crisis, and others in the region, highlight the need for re-engagement of African regional organisations in the consolidation of democracy.

The Economic Community of West African States, the African Union, the United Nations Office for West Africa and the Sahel and other relevant partners are aware of the evolving problems facing democratic processes in West Africa. They should rethink their conflict prevention strategies and interventions accordingly.

This article was produced with support from the UK Conflict, Stability and Security Fund, and the Hanns Seidel Foundation

Benin's Democracy Hangs in the Balance On Election Weekend