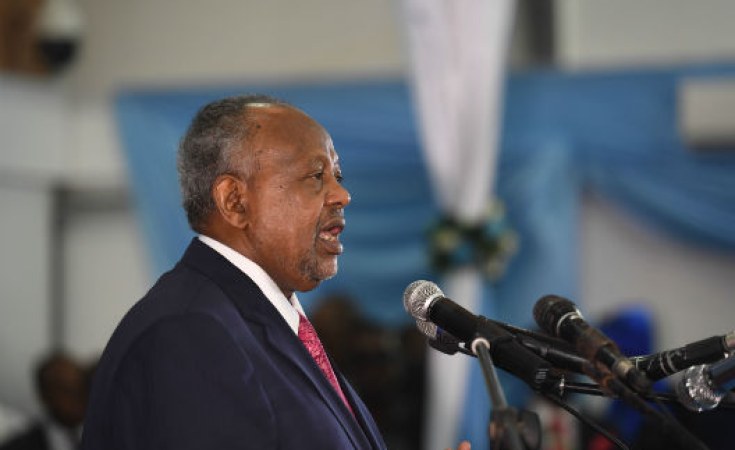 Voters go to the polls in Djibouti on Friday for elections boycotted by the opposition as incumbent President Ismaël Omar Guelleh stands for a fifth term in office in a country known for its strategic location that hosts several foreign militaries.

"We don't expect anything from this vote," said Abdourahman Mohamed Guelleh, also known as TX, one of Djibouti's leading opposition figures and former mayor of Djibouti city, according to RFI Afrique.

"It's a non-event, people won't vote and the regime will be rewarded with fabricated results," added the head of the opposition Rally for Action, Democracy and Ecological Development (RADDE).

Djibouti's ruling party is confident that voters will give Guelleh another term based on his performance in office.

"President Guelleh will be judged on his track record," said spokesperson Daoud Houmed. "And we're optimistic because his track record is excellent, whether it be in terms of economy, security or health," he added.

The electoral campaign was rather subdued. Opposition marches took place in working class areas and the arrest of opposition supporters was regularly criticised, although the president's rallies took place without incident.

The only other candidate in the race is businessman Zakaria Ismael Farah who has campaigned on the issue of unemployment, as well as focusing criticism on the president's team, saying that they are stopping the 73-year-old leader from "enjoying a golden, well-deserved retirement" because of their own greediness.

Djibouti stands at the gateway to the strategically important Red Sea and hosts several international military bases, including a French presence of some 1,500 troops and fighter jets.

France is a 'respectful' partner, Macron boasts during Djibouti visit

The small country, bordered by Somaliland, Ethiopia and Eritrea, is the location for several ports and free trade zones, underlining its importance as a transportation and logistical hub.

Guelleh, born in Ethiopia, came to power in 1999 and overwhelmingly won elections in 2005, and then changed the constitution to stand for a third term in office during elections in 2011. He further extended his mandate in 2016, winning elections with 87% of the vote.

Djibouti's leader said he promised a nation "resolutely facing the future" as he took part in campaign rallies across the country, as reported by the Djibouti News Agency.

Guelleh has become like the country's monarch, although the people more than ever want change, according to researcher Roukiya Mohamed Osman, writing in Le Monde newspaper this week.

Osman described each Djibouti election as theatre that the presidency uses to legitimise its power over the country - "a masquerade as surreal as it is absurd," said the Horn of Africa analyst for the Thinking Africa research consultancy.

The situation in Djibouti is characterised by a lack of political freedom, arbitrary arrests, torture, insecurity and corruption, Osman wrote, referring to high unemployment and a system of governance based on tribal alliances.

Djibouti ranks 142 out of 180 countries in Transparency International's corruption perception index, and, according to the World Food Programme, poverty stands at 79% of the 900,000 population, with 42% of people living in extreme poverty.

Exiled opposition politician Daher Ahmed Farah, who was been arrested several times, described the polls as a move by Guelleh for electing himself.

"Nothing will change after this, it's illegitimate, it's a sham," Farah told RFI. "This election doesn't meet any electoral standards, it's being run by himself, for himself."