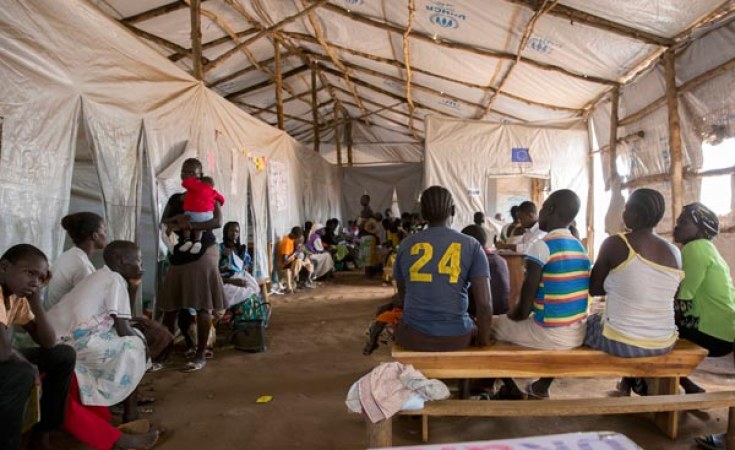 Juba — The United Nations Mission in South Sudan (UNMISS) during Easter reunited 58 abducted women and children with their families.

The women and children were kidnapped during last year's vicious inter-communal fighting in Jonglei State.

"Intensive efforts to broker peace between the three communities have been underway since December 2020, backed by the United Nations Mission in South Sudan working together with agencies supported by the United Kingdom and United States.

"At a recent peace conference in Pieri County, traditional leaders, women, youth and cattle camp leaders discussed compensation for lives lost and the return of abducted women and children," said UNMISS in a statement.

UNMISS said it used its helicopters to shuttle between Pibor, Pochalla, Pieri and Juba to pick up groups of women and children and return them to their communities.

It added that the victims of abduction are receiving support from Save the Children and local NGOs.

"Abductions are a horrific aspect of conflict in this area. However, the agreement reached to release abducted women and children is an essential step to build trust and avoid the cycle of revenge. I applaud all those involved for their efforts to reunite these innocent victims with their families" said David Shearer, UNMISS Head.

According to the report, it is estimated that as many as 686 women and children were abducted during the extreme violence between these communities in Jonglei and the Greater Pibor Administrative Area between January and August 2020.

UNMISS claims that abductions of women and girls have been a feature of violence in Jonglei because of their economic importance where women demand a bride price paid in the form of cattle, adding that the abductions often involve sexual violence.

"Efforts are continuing to return the remaining women and children. It is the first part of a coordinated programme supported by the UN's Reconciliation, Stabilisation and Resilience Trust Fund to tackle the underlying drivers of conflict between communities that have plagued the Jonglei region for years," said UNMISS.

In its recent report, UNMISS said militias were responsible for as many as 78 percent of civilian killings, injuries, sexual violence and abductions between January and December 2020.

He spoke during the 36th Intergovernmental Authority on Development (Igad) Heads of States Summit.

But, according to a survey released in 2019 by the South Sudan Network on Small Arms, a national advocacy group working to reduce and prevent gun violence in the country, some communities rejected President Kiir's conflict resolution initiative, arguing that it would leave them vulnerable to raids.

The survey recommended the destruction of arms and ammunition collected from the communities to avoid the reflow to the villages.

Gold Theft in Zimbabwe - a Huge Problem But Is It Getting Worse?
Soccer