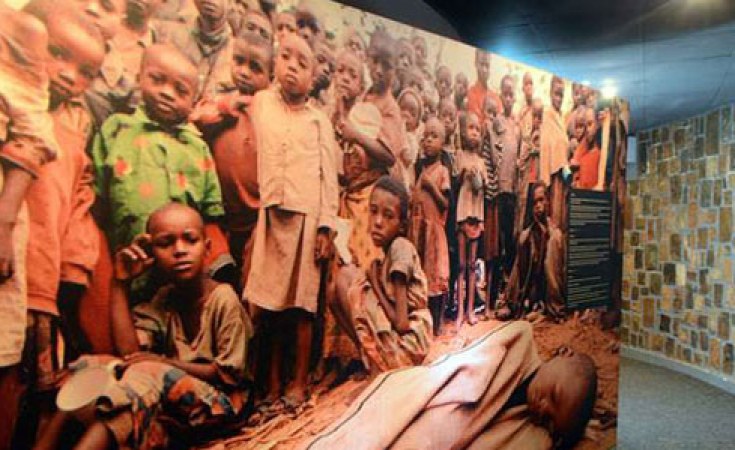 Simon Maina/New Times
Victims of the 1994 Rwandan genocide at the Genocide Memorial in Nyamata, inside the Catholic church where thousands were slaughtered (file photo).
The New Times (Kigali)
By Lavie Mutanganshuro

The High Commissioner for Rwanda to the United Kingdom (UK), Yamina Karitanyi, has called on the UK to bring to book the five genocide suspects who have been roaming freely in the European country for the last 13 years.

She said this on Thursday, April 8, during a virtual commemoration of the 1994 Genocide against the Tutsi that claimed over a million people in a period of 100 days.

This year's commemoration is the 27th of the kind.

The ceremony was attended by the Commonwealth Secretary-General, Patricia Scotland, who among others applauded Rwanda's progress 27 years after the Genocide against the Tutsi.

Karitanyi emphasised that it is unfortunate that the so-called human rights activists don't walk the talk.

"Even with a UN resolution in place since 2014, calling for states to recommit to prevent and fight against genocide under international law, we continue to watch genocide perpetrators roaming freely in many capitals who are otherwise promoters of human rights," she said.

These places, she added, unfortunately, include cities in the United Kingdom where five alleged genocidaires continue to exploit the judiciary to evade justice for the 13th year.

"This delay of justice for genocide survivors is justice denied."

They are accused of masterminding the Genocide against the Tutsi and the UK justice system has had their indictments for 13 years but refused to neither extradite them nor try them.

Karitanyi said that this should not be the case for a considerate government.

"It remains the mandate of a well-functioning government to use its institutions to bring perpetrators to face justice and use the long arm of the law to fight impunity.

Rwandans will continue to partner with those willing to walk on this path with us, for justice to be served for peace to thrive, and for never again to become a reality,' she underscored.

The call for bringing to justice genocide suspects residing in the UK has not only been made by Rwanda but also by some members of the British parliament who reiterated that "the souls of slaughtered Tutsi cry out for justice but Britain has turned a deaf ear," which is "a shame".

Meanwhile, Karitanyi also urged for collective efforts in fighting revisionists who use books and media outlets to spread the double genocide ideology with the intent to silence the memory of the victims of the Genocide against the Tutsi.

"In the edge of information overload and abuse of the freedom of expression, perpetrators are busy evading justice, and their allies have resorted to tricks which help them keep the genocide ideology alive.

Commemoration is about recommitting our efforts to fighting genocide denial and ideology," she explained.