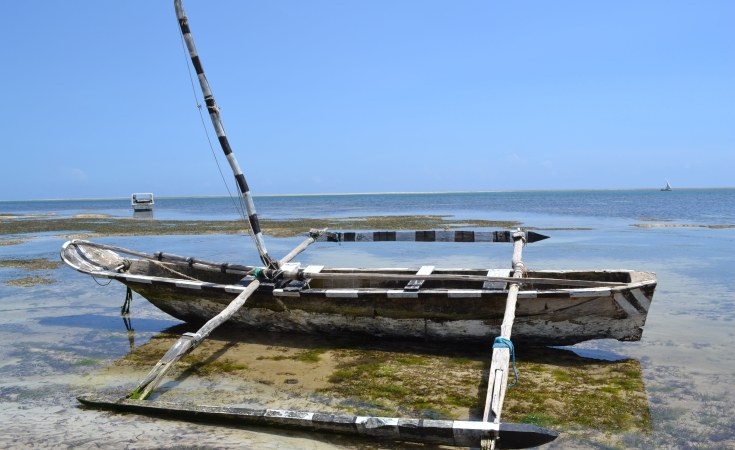 I am writing this missive to you over some small nagging matters facing people from fishing communities. Sorry to bother you as many of you are currently eating fish reared in fishponds or imported from China, hence matters indigenous fish might not be worthy reading about. Given the many spices added to the urban bred fish, I am sure you might not miss the sweetness inborn in fish from our traditional fishing grounds.

While we won't fault you for your new found love with the exotic fish, we are calling you out for watching as our livelihoods are being destroyed, without you raising a finger in Parliament. We feel abandoned as many of the policies and practices being implemented are killing small scale and indigenous fishing activities, the main stay of these communities and by extension exposing them to more poverty

There is an urgent need to revive and strengthen the Fisher People's Parliamentary Group (FPPG) for the purpose of putting the interests of the fisher peoples on the national agenda through the National Assembly and other legislative agencies globally. The national parliament has a very important role to play in the fight for recognition and participation of the people in decision making and development processes because it can create the requisite political will and legislative environment for the successful development and implementation of relevant interventions that target indigenous peoples.

I am concerned that as legislators and policy makers, you have largely abandoned efforts geared towards the recognition and protection of the rights of indigenous fisher peoples in Kenya by reducing both the vulnerability of these communities to exploitation in all its forms, ensuring adequate redress opportunities and supporting their effective participation in decision making and development processes. The living conditions for these communities, whose members are your voters and constituents have been left at the mercy of pirates, cartels who have introduced commercial fishing methods and aggressive inhuman laws especially by our neighbours. Insecurity is rampant in these areas while exhortation by marine/Coast guards is scaring the hell out of them, as commercial fish farmers who have introduced aggressive fishing methods including cage fishing, trawling among others are left free to roam the fishing grounds because they can afford to bribe the authorities. Government funding in the sector favours fish pond and urban fish farming and indigenous fishing communities are abandoned. Marketing of fish is left to brokers, who exploit the people, while known pirates who steal and or take the lives of the poor fishermen are left to roam the fishing grounds.

Your Honour, out of concern for the protection of these communities in line with the Kenya Constitution 2010 which officially recognises the existence and rights of indigenous peoples, ILO Convention No. 169 on Indigenous and Tribal Peoples in Independent Countries and the United Nations Declaration on the Rights of Indigenous Peoples, you have an obligation towards ensuring that laws and policies developed on the exploitation of fisheries and other natural resources in these areas are conducive for the survival of these communities.

Your honour, you have the responsibility to ensure that these people's rights to their lands and resources, effective political participation and distinct cultural identity is acknowledged and respected. There is an additional need to ensure that these communities are facilitated to participate actively in the design, implementation and evaluation of the poverty reduction strategy and the realization of the Millennium Development Goals. Furthermore, ever than before, affirmative action should be applied to promote more allocation of resources to these communities so that they compete favourably with the rest of the country in the race for development, poverty eradication and participation in national issues.

The fisheries sector has been faced with several challenges including a weak policy framework, limited access to markets, low productivity (yields) and outputs (quantities), weak institutional capacity, weak monitoring and evaluation and lack of use of informational technology, which have limited the sector's contribution to food security and wealth creation. This has seen regions with vast natural fish production such as Western and Nyanza, Turkana and Coast Province recorded as some of the least developed areas while regions traditionally not associated with fish, aggressively turning to fish pond and now the main sources of the commodity in Kenya.

Many fish processing plants relocated from Western Kenya to Jinja and Kampala in Uganda, while of the several fish landing beaches along Lake Victoria including Migori, Mbita, Asembo Bay, Usenge, Osieko, Port Victora, Sio Port, Bukoma have stagnated while small beach towns in Uganda along the lake are flourishing.

This is happening at a time when we have the Fisheries Management Act and the Blue Economy Paper in the country in addition to Kenya being a signatory to the Pan-African Fisheries and Aquaculture Policy Framework and the Reform Strategy (PAFPF&RS) developed by NEPAD Agency, Africa Union Commission within the Comprehensive African Agriculture Development Programme (CAADP).

The Addis meeting is a follow-up conference to the CAMFA I held in September 2010 in Banjul, which deliberated on optimising the role of fish in African's social and economic development. During the CAMFA I, the African Ministers responded to the challenges and opportunities in the sector and made far-reaching recommendations aimed at unlocking the full potential of the fisheries and aquaculture for food security, livelihoods and wealth creation within the CAADP framework.

The Food and Agriculture Organization (FAO) notes that more than 2.6 billion people globally rely on fish for at least 20% of their animal protection needs, while 200 million depend on fish directly for their livelihood. Its reported that per capita fish consumption for Africa in 2010 was 9.1kg less than the global average of 18.4kg, while the sector employs 19.2 million in Africa.

The author is the Deputy CEO, Media Council of Kenya.