Nigeria: Rita Dominic After Playing an Intense Role, I Cook to Cool Down 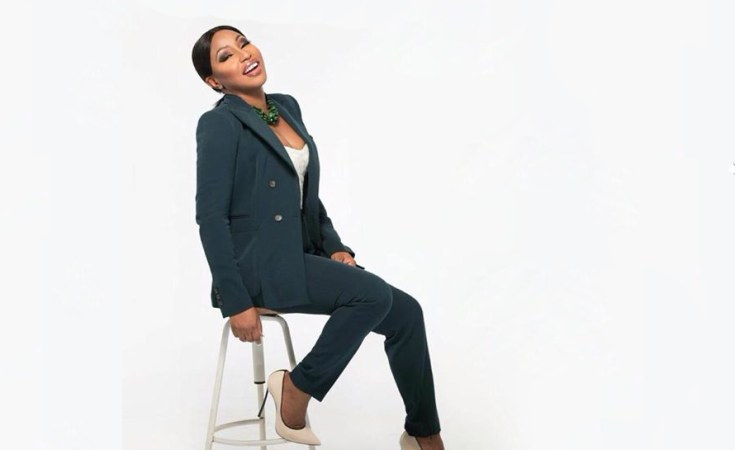 Nollywood star, Rita Dominic has for over two decades actively contributed to the movie industry in Nigeria and Africa at large. Over the years, she has improved creatively. Thus, it's no surprise to see her blossom into a world class actress and a film maker. The ageless beauty tells Azuka Oguijuba about her latest film, "La Femme Anjola", future plans and more

One thing that got many interested in the movie La Femme Anjola was having a new face in Nollywood as the lead actor. How did you discover him? Was he trained to play the role or he just fitted in?

Nonso Bassey who played lead (Adejare) in La Femme Anjola is a lucky guy. Other people were casted and it didn't work out. Few months before the photography, my business partner, Mildred said to me 'I've seen who will play Adejare' and she decided to do a chemistry test with us and it felt like I've known him for a while. He was willing and eager to do the work. He worked hard with the help of the director and we had time to create and rehearse well and even hangout because the chemistry needed to be there. If the chemistry was missing, La Femme Anjola wouldn't turn out to be this.

This is your company, Audrey Silva's 3rd movie and I noticed that you take your time for productions. What is the reason behind this?

For me, is not that we don't want to rush things. I mean every creative person would want to have his work out there early. Just that the sort of script we get requires more time to make it into a great movie. Like La Femme Anjola was Four years before we shot it. We read it, like it and we felt we needed to find the right budget to shoot the movie, so we kept it. Luckily we found an investor. We shot 2019, it would have been out last year but covid-19 happened. So it is not like we are taking our time, we're just waiting for the right time and also pre -production takes about a year, a year plus and there are our factors.

How did you come about the name, Audrey Silva?

When we shot "The Meeting", the first film we shot, we wanted to pay homage to two women who have inspired us and would continue to inspire us in Nigeria and Nollywood, late Audrey and Joke Silva. That's why we paired the names for our production firm's name.

What different touch did you add to La Femme Anjola?

This is a genre we've not done before, not like this in Nollywood. So it is different. The story telling, the style, the visuals, the cinematography and the budget are not things we've done before. We've not shot at this level before. I remember telling my business partner, Mildred Okwo, this is one your signature has to be on top. And I'm so proud of her.

What were your expectations before the movie came out?

I believe that we have a good piece. We created a good piece of art. For me, they say Nigerian only like comedy but there is something I Always say, Nigerians are one of the most intellectual people you'll meet in the planet. So any genre you give them, as long as it is well done, they will buy it.

All your life as an actress, this is a different Rita on set. Were you trained for the role?

I believe when you take in a role, you try your possible best to read and become that person. So, with La Femme Anjola, I did a research and created a back story for the character. What is a back story? It is a story you create for a character, not necessarily in the script. A story about who she is, where she is from, how she was raised and why does she behave the way she does. It helps you understand the character better because she's a performer. I had to do research of singers in the 50s and there's a particular woman I used as case study, late Brenda Fassie. Why I used her as a case study was because of the similarities she had with the character Anjola. May her soul Rest in peace.

How was it like working with your business partner, Mildred Okwo on set?

She is my big sister. Obviously when it is time to work we know our departments. I studied theatre art and I was taught when you get on set, the director is the Demi-god. So, I have that training. Before we go on set, we talk and run minds and she believes yelling on actors can put them off so she does not do that. She talks to us. I've worked with her for many years. This is the fifteenth year of working together. I understand her and she understands me.

When you're not busy, how do you relax?

I watch a lot of films, I cook. Cooking is very therapeutic for me. I love and enjoy cooking especially when I just finished playing an intense role. I also go to the beach, sometimes alone. Like when we finished the Nigerian filming of La Femme Anjola, Nonso Bassey and I had to go to the beach. Mildred took us along with some team members just to get out of the whole process. I just do things Rita Dominic would do. And I read books.

What does fashion means to you?

Fashion means comfort. What you're comfortable wearing. I think I got it from my mother. She was a very stylish woman and I feel whatever you're wearing, be it the dress or jewelry, it should speak for itself.

What is your biggest fear?

Snakes and I'm not sure I can face that fear. My biggest fear in life would be the fear of losing the legacy I have worked so hard for.

What is your favorite fashion accessory?

I love shoes and structured clothes that is well tailored .

Who is your favorite designer?

What was the favorite gift you received as a child?

It was from my dad actually. I still remember he went to London and bought me a fancy, beautiful red dress. I wore it so many times. A nice short red dress.

Growing up, I was born into a medical family. My Parents were both medical people. Funny thing is none of the children studied medicine. My parents encouraged us to pursue our dreams. From a small age, everyone knew I was going into the acting industry. I started acting at age five. My parents supported me doing stage play and I was a bit of what you call a Child Star. We lived in Abba and after church, everyone wants to be with me. In secondary school, I was the Vice President of the Drama Club, Vice President Press Club and went ahead to study Theatre Arts. My Parents are proud of me. They are late. My mom didn't get to see me blow. I love her so much.

What memories do you have of your parents?

The most memorable is every weekend, they go for this dance at The Spot Club then. So they do rehearse and practice in front of us to get ready for the weekend. It was kind of funny because they actually took it seriously. I remember this particular day they were rehearsing and my dad mistakenly stepped on my mom's leg and she screamed, she got upset but they ended up going to the dance together.

What is the lesson life has taught you?

The sorts of people you hang out with determine how you think and see life. It is important you protect your peace and space because energy is real. And I've learnt to make progressive friends.

Did you have a nickname growing up?

As a baby, I used to eat a lot. So this RiRi I'm known as was my grandmother that started it. She called me RiweRiwe - it means eat, eat, eat. But as I got older, they shorten it to RiRi.

What are your future plans?

In terms of work, is to continue to do films at this level, films that have international recognition, create new stuffs, series, featured films and there is something I'm working on. It should be out by the end of the year.