Rwanda: The Rwandan Genocide - Memory Is Not Enough 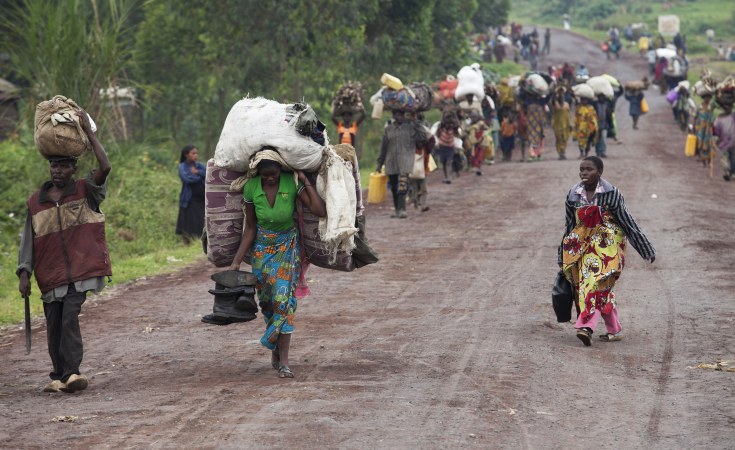 In just three months, between April and June 1994, while the world stood by and watched, nearly 800 000 Tutsis and tens of thousands of Hutus opposed to the government

were exterminated in a genocide carried out by soldiers from the Rwandan Armed Forces (RAF) and the 'Interhamwe' militia, the operation organized by the political, military and administrative wings of the regime of Juvénal Habyarimana.

It's time this week to remember all this. And to say once more, as innumerable commentators will, 'never again'. But these are the same words we uttered after the Holocaust. And after the Cambodian genocide in the 1970s. And, barely a year later than Rwanda, after the genocidal massacre at Srebrenica. Each time such an atrocity happens, we look back wondering, with varying degrees of incomprehension, horror, anger and shame, how we could have let it all happen. And then we let it happen all over again.

Something more than memory is needed if another catastrophic genocide is not to happen, sooner or later somewhere in world. The agenda is not a short one, nor easy to deliver: but every element is crucial. We have to pay constant attention to high-risk situations; do everything possible to heal the wounds of in societies already torn apart; reach agreement in advance on the principles that should govern intervention in the future; have the political commitment to act if circumstances cry out for it; and have available the necessary resources to make that commitment effective.

The need for vigilance is nowhere greater than in Africa, where a genocidal ideology is far from dead, particularly in Central Africa. It is still propagated in the Congo, notably in the district of Ituri, where the Hema and Lendu communities for the last three years have engaged in a disastrous mutual extermination reminiscent of Rwanda. Comparable bouts of ethnic cleansing have disfigured Congo-Brazzaville, and the disease seems to be catching further afield, not least in Sudan, with the ugly attacks in Darfur, and in Cote d'Ivoire, where the situation has deteriorated alarmingly in the last month.

The 1994 Rwandan genocide was not the first in the Great Lakes region. Twenty-two years earlier, from April to August 1972, more than 200 000 Hutus in Burundi, including just about anyone with a secondary education, were exterminated by an army composed overwhelmingly of Tutsis, following a failed insurrection. These events are today largely forgotten by the outside world, but they mark the start of an era of selective genocide. And they remind us that the genocidal spirit is neither the prerogative of rural Hutus, who constitute 85 per cent of the populations of Rwanda and Burundi, nor are they a phenomenon isolated in time and place, unlikely to be reproduced in the neighbouring Congo or in other African countries.

One of the reasons that the fear of mutual extermination has remained so strong in the region is the belief that not only will the international community not care enough to intervene to stop genocidal killing, but nor will it support effective remedial efforts after the event. African regimes that are friends of Western countries have continued to enjoy impunity. The lack of apparent concern for crimes committed between 1994 and 1996 in Rwanda, between 1996 and 1998 in Congo, and between 1993 and 2003 in Burundi, has not helped to dispel the ideology that makes the extermination of others the condition for self-survival.

Previous Story
Tagged:
Copyright © 2021 The Point. All rights reserved. Distributed by AllAfrica Global Media (allAfrica.com). To contact the copyright holder directly for corrections — or for permission to republish or make other authorized use of this material, click here.