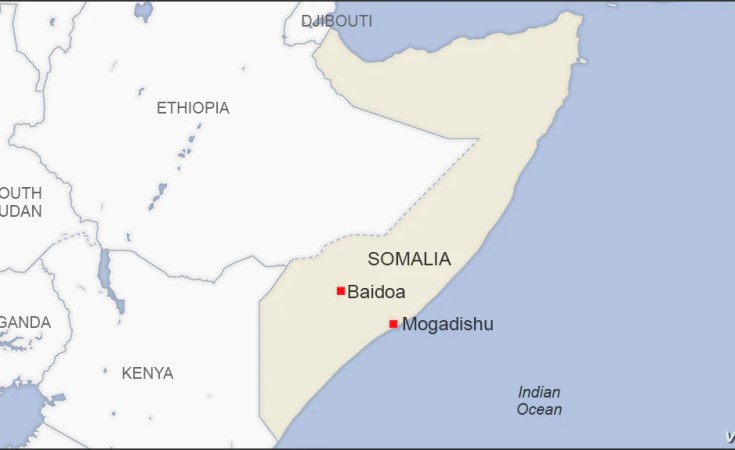 Baidoa/Washington — A Somali regional governor has survived an assassination attempt Saturday after a suicide bomber attacked a restaurant in the town of Baidoa in the southwestern Bay region.

Witnesses and officials said a man wearing a suicide vest tried to approach the governor of the Bay region, Ali Wardhere Dooyow, but a security guard blocked his way. The bomber detonated the explosive vest, killing three civilians and the bodyguard.

A witness at the scene told VOA's Somali Service the governor arrived at the restaurant minutes before the explosion.

"The governor came with two people, they sat beside me, we all ordered coffee," said the witness, Liban Ibrahim. "We were having a conversation when we heard a huge explosion, smoke covered the restaurant."

Ibrahim said he saw six people lying on the ground, some injured and some dead.

A security official, who requested not to be named, told VOA Somali that the governor's bodyguards were on alert because the governor was told recently he was the target of an assassination plot.

Meanwhile, two traffic policemen were killed in a roadside explosion in Mogadishu, police said. The attack occurred in the Yaqshid district as the two police officers were heading toward the scene of a traffic accident.

Separately, a security agent was killed in the town of Kismayo when an improvised explosive device planted in his car went off, security officials said.