Ethiopia: Huge Stockpile of Obsolete Chemicals Could Wipe Out Addis 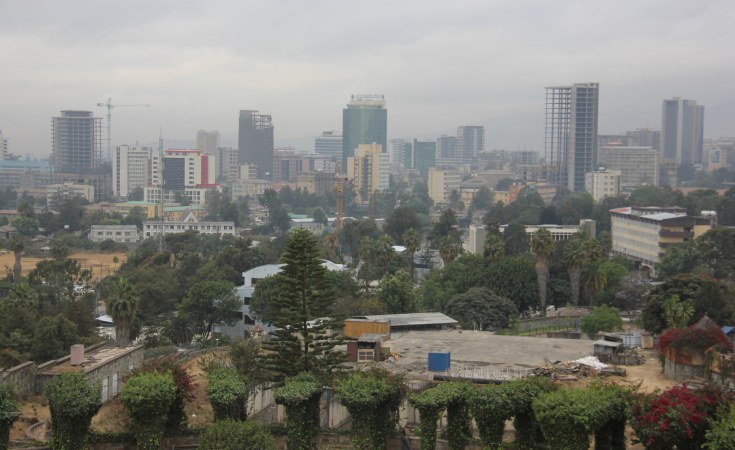 A huge stockpile of outdated explosive chemicals in Addis Ababa has the capacity of annihilating the capital, the Public Procurement and Property Administration Agency announced.

Unless action is taken to dispose of the chemical, it has the potential to cause an enormous explosion that can wipe out cities and towns within 250 kilometer radius from Addis Ababa, according to Haji Ibsa, Director of the Agency.

Inflammable chemicals including pesticides, acidic chemicals, DDT, electronic waste and other substances have been stored in various warehouses after being imported by the government and private companies. Some of the chemicals stored were confiscated after the products were brought in by illegal suppliers.

Speaking to journalists, Haji stated than an ongoing inquiry is in progress with experts from Addis Ababa University, in partnership with the Institute of Biotechnology, to identify the type of chemicals the agency discovered in Lafto Sub-city.

According to the director, if these chemicals explode, they devastating impacts could cover 250 kilometers of radius from Addis Ababa. He also indicated that there are chemicals stored in Bahir Dar University.

Presently, Ethiopia does not have any disposal mechanisms and once the ongoing chemical identification and disposal mechanism by experts is finalized, international experts will be invited to dispose of the chemicals, according to Haji.

Haji also noted that the disposal roadmap has already been prepared and finalized. Next week, officials of the Ministry of Finance will review the document and green light the invitation of international experts.

Sources indicated that Ethiopia has accumulated obsolete pesticide stocks since it started importing the item in the 1960s.

The problem is a cumulative effect of prolonged storage of pesticides, inappropriate storage conditions because of poor storage facilities, the lack of trained staff and lack of national legislation for pesticide registration and monitoring system of pesticide use in the country.

It is to be recalled that a huge blast occurred in Lebanon after a large stockpile of chemicals, particularly over 4.35 tons of ammonium nitrate near the entrance to Beirut's port, exploded.