Nigeria: Why Death From Pneumonia Is Higher in Poor Nigerian Households - Official 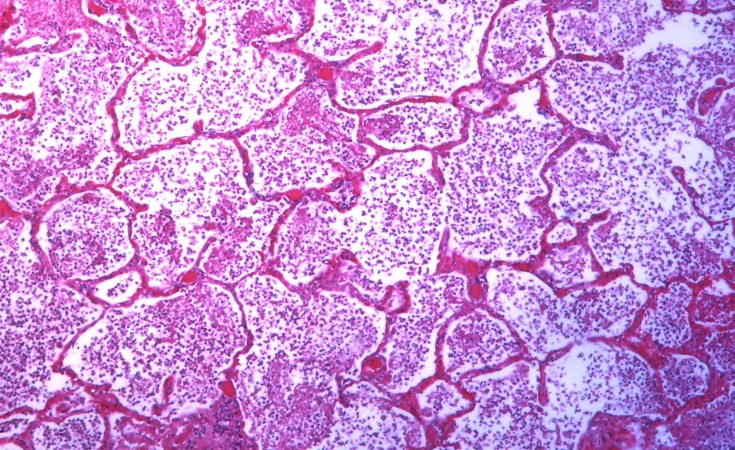 Inadequate oxygen in hospitals is contributing to death from pneumonia among poor households and high under-five mortality in Nigeria.

Mercy Gichuhi, country director, Save the Children International Nigeria, stated this in Dutse, Jigawa State, on Monday, while donating equipment to health facilities in Jigawa State.

The equipment include a piped Oxygen system, Oxygen Concentrators and Pulse Oximeters worth N20 million.

The donation was made in partnership with GlaxoSmithKline (GSK) through the Integrated Sustainable Childhood Pneumonia and Infectious Diseases Reduction in Nigeria (INSPIRING) Project, the official said.

Mrs Gichuhi said a study conducted in 2020 in 12 Nigerian hospitals found that only five had oxygen in their pediatric wards, and just one used pulse oximetry for pediatric care.

She added that the UN Inter-agency Group for Child Mortality Estimation shows that Nigeria has the highest number of under five years deaths in the world, with an estimated 162,000 deaths in 2018.

"It is our responsibility to support efforts to roll back pneumonia deaths and health inequity, thus protecting vulnerable children."

Ms Gichuhi said 2018 reports show that Acute Respiratory Infection (ARI) was among the leading causes of childhood morbidity and mortality in Nigeria. Pneumonia is the most serious outcome of ARI in children under five.

"Importantly, we consider equipping the hospital with medical oxygen as the critical step in addressing hypoxemia (a clinical condition of inadequate oxygen concentration in the blood), a common sign of pneumonia, which is the leading infectious killer of children under-5.

"As Rasheed Shekoni Specialist Hospital is getting ready to become a Teaching Hospital, we believe this donation will empower the hospital to perform its role a topmost referral, teaching and research hospital in Jigawa State."

In his remarks, Isah Adamu, chief of party, INSPIRING Project, lauded the organisations for the donations.

"Scaling up oxygen delivery across all health facilities can save countless lives; it is feasible and cost effective. Decision-makers should take action today to ensure reliable and equitable access to effective oxygen therapy for all patients."

Since the inception of the INSPIRING Project in Jigawa and Lagos, Save the Children has been working with the respective state governments to increase the quality of existing preventive and curative services provided to newborns and girls and boys under five at health facilities.

PREMIUM TIMES had reported how Nigeria overtook India last year in child morbility, according to a report by UNICEF, the UN children's agency.

The development paints a worrying picture for child mortality and survival in the country, further exposing a lack of plan and ambition in tackling diseases causing the deaths of children, which are usually curable.

According to World Bank figures, India recorded an estimated 989,000 under-five deaths in 2017 compared to 714,000 deaths by Nigeria in the same year.

Nigeria's population is about 200 million, while India's is over 1 billion.

In its latest report titled Levels and Trends in Child Mortality, UNICEF said Nigeria recorded an estimated average of 858,000 under-five deaths in 2019 against India's 824,000 deaths out of 5.2 million under-five deaths globally.

The numbers from both countries are almost a third of all deaths before age five globally.

The data, which covered a period of three decades -1990 to 2019 - showed that 49 per cent of all under-five deaths in 2019 occurred in just five countries: Nigeria, India, Pakistan, the Democratic Republic of Congo and Ethiopia.