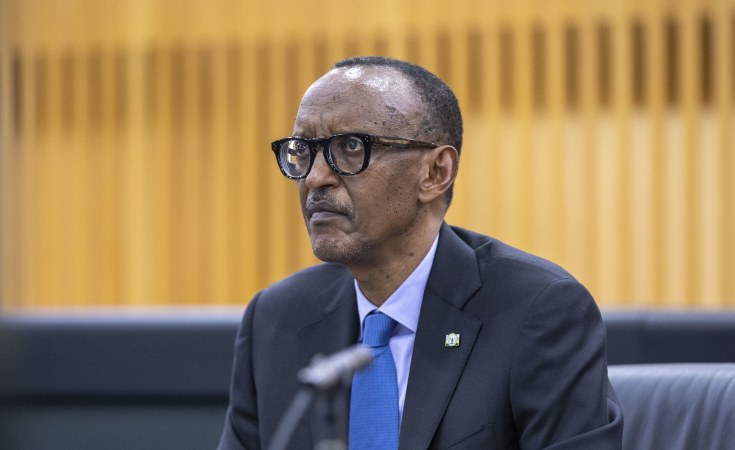 Kagame highlighted that there is a company that is capable of this technique, citing that it is ready and willing just as Moderna and Pfizer have been doing.

President Paul Kagame has issued a rallying call to his African counterparts to forge strategic public-private partnerships that will boost expertise and investment to combat the current Covid-19 pandemic and future emergencies.

Kagame who was speaking at the 2-day continental vaccine manufacturing conference disclosed that he had initiated contacts with some vaccine manufacturers specifically focusing on the messenger RNA (mRNA) used by Moderna and Pfizer.

"We have been involved in discussions and I have briefed a few colleagues on our continent, but we want to take this forward by discussing it with others," he said.

The Head of State highlighted that there is a company that is capable of this technique, citing that it is ready and willing just as Moderna and Pfizer have been doing.

"The whole idea is how we can have this type of capability on our continent which really compliments other ways like the adenovirus method, in the vaccines used by Johnson & Johnson and AstraZeneca. Also, South Africa with Aspen has that capacity."

Vaccine equity cannot be guaranteed by goodwill alone. Africa needs to and should be capable of producing its own vaccines and medical products. Rwanda commits to working with member states and partners to make vaccine equity a reality. #VaccinesForAfrica

But I think the future is mRNA and I think complementarity is better achieved if we focus on that, Kagame asserted.

And therefore, he added, for Africa to move from being very sorry for ourselves, which is the case today, and I think no one single person takes the blame for that, but we have to take the blame for that and move from what we know has not worked well for Africa to something we can do, using the examples President Ramaphosa mentioned, by partnering with these industries.

Accordingly, Kagame said that the African Continental Free Trade Area, a trading regime that provides for $3.4 billion trade in a market of 1.2 billion people, should make investment in vaccine development and manufacturing in Africa even more attractive.

"Vaccine equity cannot be guaranteed by goodwill alone, as we have seen many examples to convince all of us. Africa needs to expand production capacity for vaccines and other essential medical products," he said.

The Head of State also said that vaccine production goes hand in hand with increased investments in domestic health systems as well as building an efficient and autonomous Africa CDC, "Which I think is the way we are headed."

At the meeting, Kagame said that Rwanda is ready to play a role in this effort together with other member states.

In his remarks, Moussa Faki Mahamat, the African Union Commission (AUC) chairperson, called for what he described as "a strategic partnership for a new health world order" in view of enabling the continent to be able to meet most of its need for pharmaceutical drugs and vaccines.

It was vital, he said, to ensure the "acceleration of Africa's participation in clinical development of vaccines" - a point of shortcoming the COVID-19 pandemic exposed.

"There are obstacles in distribution of vaccines," he said, adding the COVAX facility that aims at ensuring vaccine equity in favour of developing countries would be able to meet 20% of the continent's needs.

For his part, South Africa's President Cyril Ramaphosa, said that as millions were being vaccinated currently, "the challenge we are facing is that supply is too slow to meet our needs."

Similarly, Tedros Adhanom, the Director-General of the World Health Organization, said there remained a shocking imbalance in the distribution of and access to the Covid-19 vaccines. "This is why building capacity for vaccine development is so important."

Vera Songwe, the Executive Secretary of the UN Economic Commission for Africa, said: "The vaccine market could create 60 million jobs... the whole vaccine supply chains such as syringes, gloves et cetera should also be produced in Africa."