South Africa Suspends Use of J&J Vaccine, 'Hopefully for Only a Few Days' 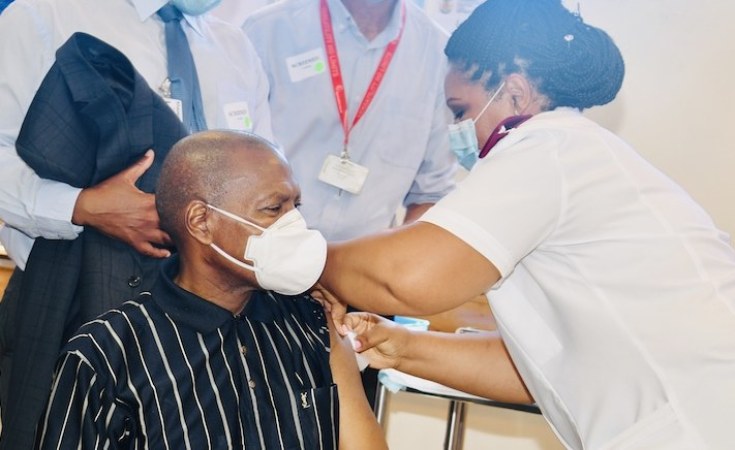 Minister of Health Dr Zweli Mkhize has provisionally suspended the use of the Johnson & Johnson vaccine in South Africa while regulators investigate a possible link between the vaccine and a rare type of blood clot in the brain.

Minister of Health Dr Zweli Mkhize announced on Tuesday the suspension of the Johnson & Johnson vaccine as a precautionary measure, but said he was hopeful that it would only be for a few days.

This comes after the US Food and Drug Administration (FDA) suspended use of the vaccination pending a review of a possible causal link with a rare type of blood clot in the brain that was reported in six women in the US coupled with low levels of platelets.

Similar concerns in Europe led to the suspension of the AstraZeneca vaccine.

The vaccine has already been administered to about 290,000 health workers in South Africa as part of an early access programme called the Sisonke Protocol.

The cases found in the US, and earlier in the UK, were all in relatively young women. In the US cases, the women developed a blood clot in the dural venous sinuses in the brain in combination with low levels of...