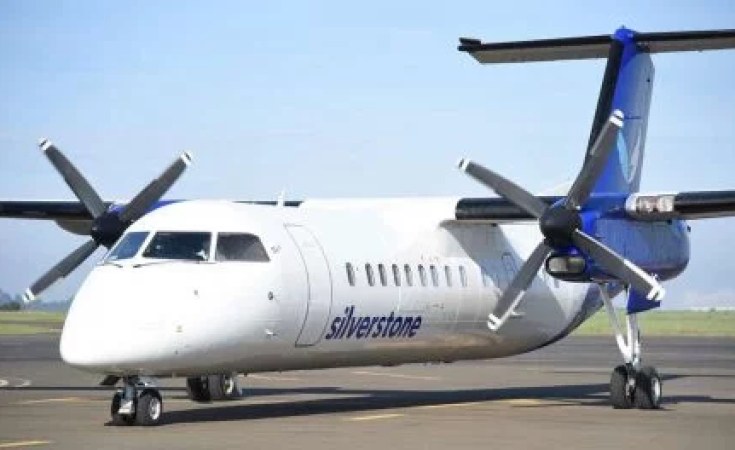 When Eldoret International Airport was opened 24 years ago, there were high hopes that the facility would accelerate economic growth and link Western Kenya to local and international space.

The facility was expected to boost the rich agriculture sector through exports as well as give fillip to tourism circuit in the end contributing to the country's economic growth.

More than two decades down the line, the multi-billion shilling airport remains under-utilised in terms of exports and contribution to the county and regional economy.

The facility has two cargo handlers - Canken International Limited and Siginon freight handlers with cold rooms but these remain idle due to limited products for export.

Canken has 110 tonnes storage capacity for dry or imported goods and 230 tonnes capacity to handle fresh produce while Siginon has 40 tonne capacity unused cold rooms and another 200 tonnes for dry cargo.

Mr Ahmed Mohamed, owner of the Canken International Limited, a cargo-handling firm-based at the airport said they approached the Kenya Airport Authority in 2006 to construct cold rooms at the airport.

"At that time, we realised that there was a shortage of cold storage facilities. The KAA enabled us to acquire a piece of land and supported us to develop the facility," he said.

But they were hit by a major challenge; insufficient volumes of horticultural produce for export.

He said the only attempt was by USaid project to train farmers and empower them to grow crops for export market but eight years later, they abandoned the mission when most farmers failed to produce required quality and quantity of the crops.

"Our target was to get at least 40 tonnes in a week to sustain export market but we only managed to get between three to five tonnes. And with that we aborted it," he says.

Data from the airport indicates that at its peak, in 2006, 956 tonnes of agricultural produce were exported via the facility. But since 2009, the airport has largely been used for passenger movement and import of goods.

Some of the cargo airlines that bring goods to the airport include Fly Emirates and Ethiopian airline. Astral Aviation, local cargo airliner is another that launched its flights in March this year ferrying goods from the Middle East.

Canken Company currently specialises in handling imports of electronics, textile, household goods, spare parts and some machinery for the local and regional markets.

"Most of the cargo planes bring these goods and return empty. I believe that if we support the local farmers to grow specific crops for the international markets then they will earn better than maize, wheat and dairy farming," said Mr Ahmed.

Flower farms and other fresh produce in the North Rift region of Uasin Gishu and Trans Nzoia counties transport their produce by the road to Jomo Kenyatta International Airport for the export.

There have also been mounting calls from different quarters to extend the run-way by 500 metres from 3.5 kilometres to four kilometres to accommodate larger freight flights.

Mr Agong says plans by Kenya Airports Authority are underway to develop a cargo strategy, expand the runway and renovate existing warehouses and construction of new ones through public-private partnership.

"KAA has plans to expand the runway by 500 metres. However, even with the current state of the runway, we are able to accommodate most aircraft including cargo flights," said Mr Agong.

There is a fresh bid by county governments and other stakeholders to promote investment in products targeting export market in a bid to generate additional revenue and boost the local economy.

North Rift Economic Bloc Chief Executive Dominic Biwot said they are working closely with county executives of Trade and agriculture from the eight NOREB counties to put in place all policy and legal frameworks to ensure the airport is cleared and farmers are assisted to access the facility.