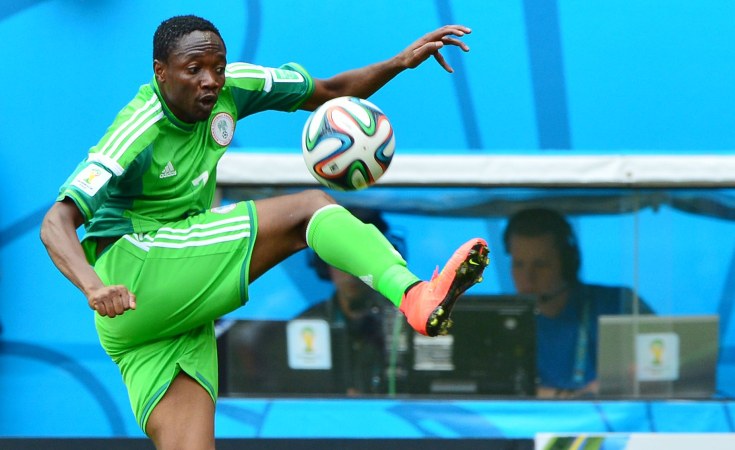 Gavin Barker/BackpagePix
Nigeria's Ahmed Musa provided striker Emmanuel Emenike with a low ball to score, but the goal was disallowed after an offside call which gave the Super Eagles cause to feel aggrieved.
Premium Times (Abuja)
By Hassan Abdulsalam

Ahmed Musa rejoins Kano Pillars after playing for the team in the 2009/10 season.

Super Eagles captain, Ahmed Musa, has returned to the Nigeria Professional Football League (NPFL) side, Kano Pillars, after he could not find a European side for the rest of the 2020/21 season.

Musa was the NPFL's top scorer in 2009 with Kano Pillars with 18 goals before moving to VVV Venlo in the Netherlands.

The Chairman of Kano Pillars, Surajo Jambul, revealed that the 'Sai Masu Gida' have agreed to sign Musa until the end of the 2020/21 football season.

Shuaibu disclosed that the club agreed to the deal after due consultations with the player and the League Management Company (LMC) who stood as a mediator to the deal.

He added that the club has received a letter from the League Management Company of Nigeria (LMC) that was signed by the Chief Operating Officer, Salihu Abubakar, that Kano Pillars will sign Ahmed Musa as an Elite player of the league to the end of the season.

He concluded that after completing all the necessary documentation, Ahmed Musa would be unveiled by the Governor of Kano State, Abdullahi Ganduje, before the commencement of the second stanza of the league.

The four-time NPFL champions are currently joint leaders on the league table with Kwara United with 36 points each from 19 matches, though they sit second due to inferior goal difference.