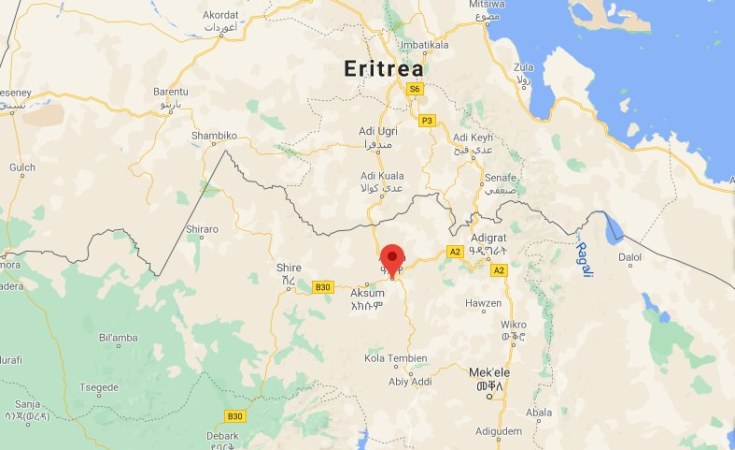 Amnesty International has confirmed that Eritrean troops killed three people and injured at least 19 in another unprovoked attack on civilians in the centre of Adwa town earlier this week.

According to eyewitness accounts, on Monday (12 April) Eritrean troops passed through the town of Adwa in Tigray where they opened fire at people on a busy main street close to a bus station.

Six witnesses told Amnesty that some of the injured were taken to Don Bosco hospital in Adwa, with 19 rushed to Axum referral hospital for advanced medical care.

According to medical staff, some of the injured were shot in the chest or the stomach, with some suffering significant blood loss and broken bones. Six of the of the victims were reported to be in a critical condition in hospital as of yesterday.

"Yet again, there is another unlawful attack by Eritrean troops on civilians in Tigray. We demand justice and accountability for the continued war crimes and human rights violations in Tigray.

"We are calling for an international investigation into this and other incidents and allegations of human rights violations, including war crimes and possible crimes against humanity, committed in the ongoing conflict.

"Ethiopia and Eritrea must fully cooperate with such investigations and ensure full reparation for victims and their families."

Witness accounts from the attack

Teklu*, who works at the bus station in Adwa, told Amnesty:

"The Eritrean soldiers on the back of one Ural military truck and another heavy truck started shooting. We scattered in different directions. I hid in the drainage. We knew that they are Eritreans soldiers because they were swearing in Tigrinya, the heavy trucks had Eritrean number plates and Eritrean defence force camouflage. They were shooting from the backs of the moving trucks."

Sertse*, who was also near the bus station at the time of the shootings, told Amnesty:

"I was walking from my shop which is near the PanAfric hotel towards the bus station. The shooting started immediately after the two trucks passed me. There were rickshaws on the road and the soldiers on the first truck were shouting in Tigrinya to the rickshaw drivers to clear off the road. Then the soldiers on the second truck started shooting. There were many people on the street."

"The Eritrean soldiers came on two heavy trucks from the Adi Abun area. I was on the road just outside of my home when the shooting started at around 8 am. It was sudden and I thought there was a gunfight going on in the area. In fact, there was no fighting but just shooting at passersby. One of the deceased was killed just five metres from my home. He died instantly. I saw him."