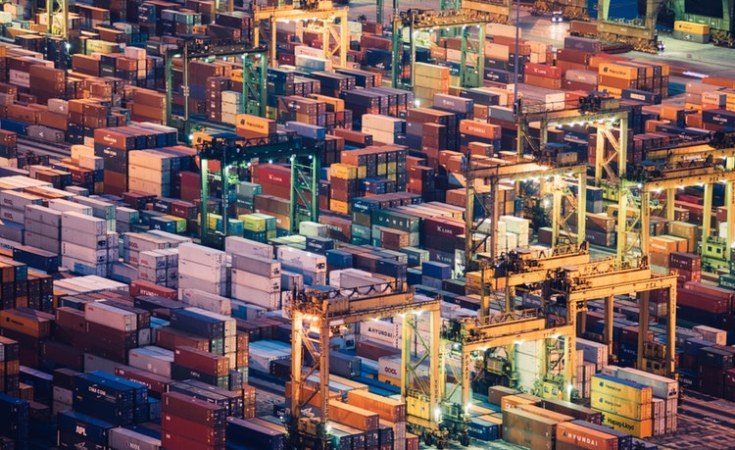 MAJOR upgrades in ports in Tanzania are nearing completion to boost the country's prospects of becoming a major regional transport and trading hub. The Prime Minister said in Parliament in Dodoma on Tuesday that upgrades for Dar es Salaam, Tanga and Mtwara ports were on final stages of completion as the country is focused to make optimal use of its strategic geographical location to enhance regional trade, stimulate economic growth and development and ease transportation.

The premier said upgrading work on berth no 6 and 7 at the Port of Dar es Salaam had reached 90 per cent and 75 per cent respectively and dredging of 1.75 kilometre entrance channel for Tanga port was complete to allow large vessels to anchor at the port. Construction of 300 metres berth at Mtwara port, renovation of the cargo yard and warehouse number three at Mtwara Port were also complete, he said.

"These projects will enable the nation to make the most of the geographical opportunities we have as well as stimulate economic growth and facilitate transportation," said the Prime Minister while tabling in the House his office's budget proposals for the 2021/2022 financial year.

Dar Port Last month the fifth berth of the Dar es Salaam port was inaugurated to mark another major step for speeding up loading and unloading of cargo at the port which is a gateway for 90 per cent of domestic trade, as well as the access route to six land-linked countries including Malawi, Zambia, Burundi, Rwanda, Uganda and the eastern part of Democratic Republic of the Congo(DRC).

Construction of the fifth birth was part of a multi-year upgrade of the port under the Dar es Salaam Maritime Gateway Programme (DMGP) aimed at improving the effectiveness and efficiency of the port and supporting economic development of Tanzania and the neighbouring land-linked countries.

The programme was supported by the government and a coalition of development partners which includes the Trade Mark East Africa (TMEA), the United Kingdom Department for International Development (DFID), and the World Bank.

Modernisation of the port is expected to accommodate the calling and reception of larger vessels. Under the programme berths No 1-7 will be strengthened and deepened to 15.5 meters to enable the port receive larger cargo vessels. By March six berths were operational at the Dar port including a modern roll on-roll off (ro-ro) terminal opened last year with capacity to handle 600,000 vehicles a year and store 3,000 vehicles at any one time.

"At least six berths are now operating. The remaining two, berths 6 and 7 will be completed before the end of April 2021," said former Director General of Tanzania Ports Authority (TPA) which manages the port, Deusdedit Kakoko during the inauguration ceremony.

He said completion of the berths had allowed docking of big cargo vessels and significantly cut time for offloading and loading of cargo from seven days to one day. The port is now focused to raise cargo volume it handles by 43 per cent in the next four years after a completion of the on-going upgrading work, he said.

The cargo volumes would increase to 25 million tonnes in 2025 up from 17.5 million tonnes handled last year, he said. Mtwara Port Mtwara port boasts of being natural harbour Mtwara Port is the country's strategic terminal that plays a significant role in facilitating cargo transport for the southern regions of Mtwara, Lindi and Ruvuma.

Due to its strategic location, the Port also serves as an ideal gateway to the outside world for commodity exports and imports for some parts of the Southern African Development Community (SADC) member states such as Mozambique, Malawi and Zambia. Tanzania Ports Authority which manages the port plans to increase the capacity of Mtwara port to cater for the expected increase in traffic following the development of Mtwara Corridor and the ongoing exploration activities for gas and oil in the Indian Ocean.

Traffic is projected to increase to 28 million tonnes by year 2030. Currently the port has annual capacity of handling 400,000 tonnes and handles less than 250,000 tonnes of cargo annually. Break bulk imports are mainly cement, food stuffs, and miscellaneous general cargo, whilst exports are mainly unprocessed cashew nuts moving to India and Asia.

The new berth with a length of 300m and 13.5m depth (draft) has the capacity to accommodate mega cargo ships weighing 65,000tonnes. All the necessary state -of -the art cargo handling equipment, including modern mobile cranes and other heavy lifting machines, will be availed at the port upon completion.

Tanga Port Tanga, the second largest port in Tanzania, is the longest serving port in East Africa which is strategically located to serve the northern Regions of Kilimanjaro, Arusha, Manyara, the lake zone and neighbouring countries of Rwanda, Burundi and northern part of Uganda.

The improvement at Tanga Port aims at turning the gateway into the highly competitive terminal, serving customers in the country, the East African region and the great Lakes region as the plan now is to have a 12-metre depth berth from the current 5 metres.

Future plans will also involve construction of a passenger terminal and a modern Single Mooring Point (SPM) for oil cargo. The Minister for Works and Transport, Leonard Chamuriho said in March that improvement of the Tanga Port has reduced the cost of operation and attracted investors. He said the depth at the Port of Tanga has been deepened to 15meters from 3.5-4 meters to enable large ships to dock at the port.

"With the expansion, now the Tanga Port can receive ships of between 35,000 to 65,000 tonnes. Recently the port received a ship that has 55,000 tonnes, this is a milestone achievement that we should be proud of," he told the former Vice President, Samia Suluhu Hassan in her tour of Tanga in March.

"Right now, we are in a process of procuring more equipment that would make the Tanga Port a country's main harbour in the northern zone that is capable of serving all northern regions and neighbouring countries such as Uganda, Rwanda, Burundi and the Democratic Republic of Congo (DRC)," said the Minister.

He also said the government had invested in flow meters, which are used to measure the volume of fuel to be dispatched to clients, which have helped timely delivery of fuel, as well as addressing scarcity of fuel as it was the case in the past.