Kenya: Why Nairobi, Moi and Kenyatta Universities Are on IMF's Radar 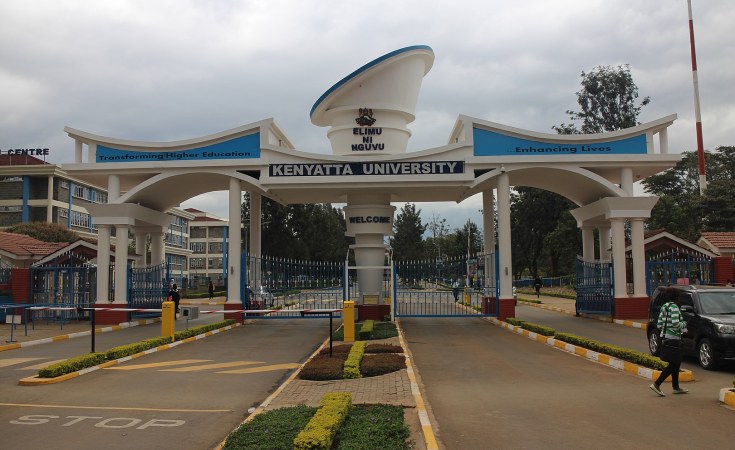 If the IMF has its way, Kenya's oldest and biggest universities; Nairobi, Kenyatta and Moi, will be trim and more financially sound in the next three years.

The three citadels of knowledge have caught the attention of the International Monetary Fund (IMF), not for their academic prowess, but due to their deepening financial woes.

The universities are among select State-owned agencies lined up for IMF-backed structural reforms that are set to cost thousands of jobs and overhaul management of these institutions.

Up until former Education Cabinet Secretary Fred Matiang'i (currently the Interior Ministry CS) was appointed to head the education docket, the three universities were raking in hundreds of millions of shillings every year from the "parallel" degree program and expanding rapidly within and outside the country.

But then Kenya's global standing with regard to the quality of university education was declining rapidly, and Dr Matiang'i set to end this in 2016 by raising the entry mark for the "parallel" degree students.

What followed was an unmitigated weakening of the varsities' financial muscle, to the current position where a State-bailout and structural reform is inevitable.

The reforms signal tough days ahead for the decades-old institutions, since they will be required to cut excess fat to operate profitably.

Though the IMF report does not name the specific changes expected, structural reforms are ordinarily focused on making organisations leaner and positioning them to run without financial support from government.

This usually involves freezing of new employment or salary increases, retrenchment, re-sizing and other initiatives to reduce their budgets or increase income.

The three universities have a combined workforce of over 12,000 employees, both academic and non-teaching staff, who gobble up billions of shillings in yearly wages.

The University of Nairobi (UoN) has the largest wage bill spending about Sh8.7 billion on personal emoluments, followed by KU (Sh5.6 billion) and Moi University at Sh4.69 billion, according to recent audit reports.

Their expenditure on staff salaries and associated expenses is skewed against their income, and any reforms to balance this will most likely lead to job losses. UoN has about 5,500 employees, 1,700 of whom are academic followed by Moi University with 4,000 and only about 900 being academic staff. KU has about 3,000 staff on its payroll, 1,000 being faculty.

Universities' revenue streams were hard hit by the reduction of the number of students who seek admission following the tightening of the administration of the Kenya Certificate of Secondary Education (KCSE) examinations five years ago.

Prior to the reforms, rampant cheating in national exams allowed hundreds of thousands of candidates to qualify for university admission, providing universities with billions of shillings in annual fees.

Since the government could not sponsor all the qualified students, the rest used to study under the self-sponsored programme, commonly referred to as the parallel programme. The government is currently sponsoring all the qualified students, apart from the few who decline the courses they are admitted into and are able to pay for their preferred, privately-sponsored courses.

The reduced student numbers have led to the near-collapse of the parallel programmes in all universities. It has halted the expansion spree by universities as they competed for students. For example, KU made Sh3.17 billion from the programme in 2016 and received a grant of almost an equivalent amount from the government.

In the same year, UoN made Sh5.7 billion from its self-sponsored programme and received Sh6.2 billion from the government, whereas Moi University earned Sh2.75 billion and Sh2.76 billion in government grants.

Following the death of the cash cow, some of the capital projects universities invested in have now become a burden for the institutions. The Unicity Mall at KU remains empty, despite having gobbled up over Sh2 billion to put up.

The universities are also running losses maintaining the many campuses they had opened to cash in on the parallel programmes gravy train.

The Treasury notes that in implementing the reforms, it will take a staged approach to evaluate, monitor and manage the financial problems in SOEs.

The report says that the current pressures facing many SOEs have accentuated long-standing challenges in a sector characterised by overlapping mandates, low profitability, weak governance and poor value for money.

To address this, the key components of the approach are an evaluation of financial health and FY2020/21 fiscal needs of the SOEs that pose the highest fiscal risk to the FY2020/21 budget in the near term and over the next few months.

The strategy will also see a completion of an in-depth analysis of the financial vulnerabilities of the largest and most exposed firms in the sector and the development of a strategy to address fiscal risks from SOEs, including a framework for deciding on interventions.

"Any provision of extraordinary support will be in line with this framework. In addition, we will embark on fundamental reforms to strengthen frameworks for SOE corporate governance," the report notes.

"This will all be complemented by robust ongoing monitoring of SOEs' financial condition and deeper evaluation of fiscal risks from SOEs."

By now, the Treasury is expected to have finished the financial evaluation of the nine parastatals with largest fiscal risks to the FY2020/21 budget.

This evaluation will serve as a basis for extraordinary SOE support to these SOEs in FY20/21, which should be limited to exigent needs (the supplementary budget provides for 0.3 percent of GDP).

By the end of May 2021, the National Treasury will prepare an in-depth forward-looking financial evaluation of the top 15-20 SOEs representing the largest fiscal risks as well as a strategy for addressing financial pressures in the SOE sector, including a framework for deciding on interventions and reforms.