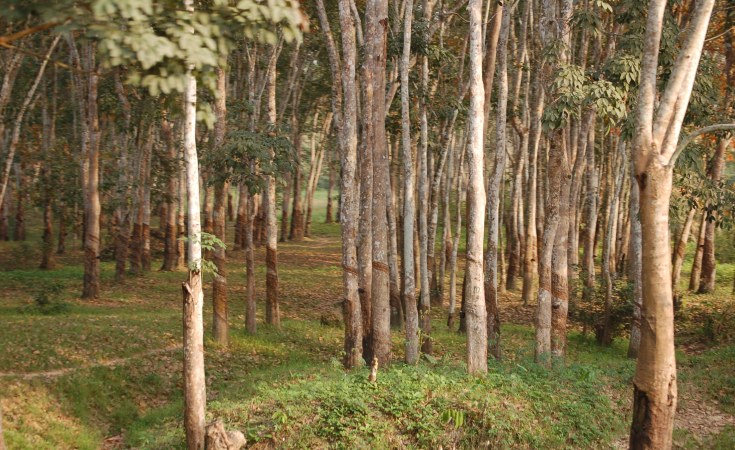 Hamburg/Yaoundé, 15 April 2021 - For the second time in 12 months, Deutsche Bank is about to violate its own Environmental and Social Policy Framework. By mid-2021, the bank is expected to transfer the second tranche of a 25m USD loan to Singapore-based rubber giant Halcyon Agri, knowingly overlooking its record of human rights violations, non-transparency, and some of the most devastating deforestation in Africa's recent history.

In July 2020, Deutsche Bank announced "an innovative new loan" of USD 25m to Halcyon Agri, through its subsidiary Corrie MacColl, to finance investments for its plantations in Cameroon and Malaysia, promising "a new standard for the rubber industry." The same month, the bank pledged not to "knowingly finance... activities within or in close proximity to a World Heritage Site," yet satellite imagery shows that between 2011 and 2018 Halcyon's subsidiary Sud-Cameroun Hévéa (Sudcam) cleared more than 10,000 hectares of rainforest - an area the size of Paris - less than one kilometer from the Dja Faunal Reserve, a UNESCO World Heritage site. The clear-cutting caused the displacement of Baka Indigenous People.

Last July, Greenpeace Africa called for the loan's cancellation, based on findings by UNESCO, [1] Rainforest Foundation UK, [2] Earthsight, [3] Norway's Government Pension Fund Global, [4] the Center for International Forestry Research, [5] and its own fieldwork. [6]

As Greenpeace reported in 2018 and 2019, the Sudcam plantation lies only seven kilometers from the Mvomeka'a mansion, security compound, and airstrip of Cameroonian President Paul Biya, who has held power since 1982. Greenpeace has obtained reliable evidence that Sudcam's minority shareholder is the President's son and potential successor, Franck Biya. Halcyon Agri has staunchly refused to name Sudcam's 20% shareholder.

"Deutsche Bank's champion company kicked Indigenous Baka People off their ancestral lands, without the slightest attempt at obtaining their free, prior and informed consent. Dressing up its loan as sustainable is a textbook case of greenwashing," said Ranèce Jovial Ndjeudja, Greenpeace Africa campaign manager in Cameroon.

[2] Rainforest Foundation UK (RFUK), Palmed Off: an Investigation into three industrial Palm Oil and Rubber Projects in Cameroon and the Republic of Congo, May 2019.

[6] Greenpeace Africa, We were told not to go to our Forest anymore: Sudcam's assault on human rights, 2019; Halcyon Agri's Ruinous Rubber (2018).