Kenya: Form One Selection to Begin Next Month 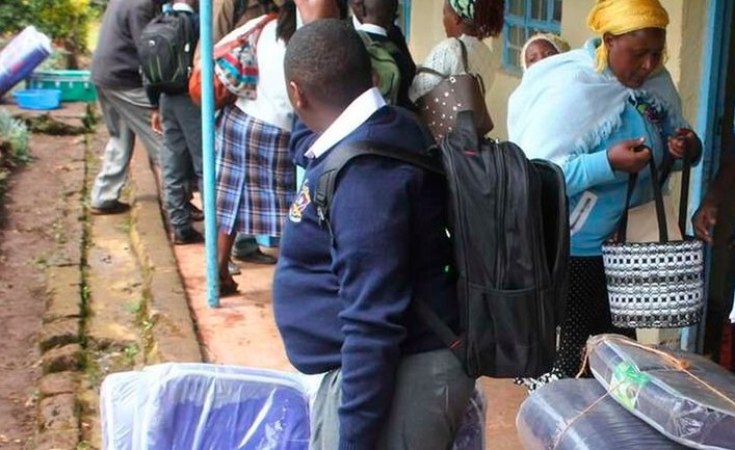 Candidates who sat the 2020 Kenya Certificate of Primary Education (KCPE) examinations will know the secondary schools they will join next month.

Education Cabinet Secretary Professor George Magoha on Thursday, while releasing 2020 KCPE results, said Form One selection will start on May 28.

"All the 1,187,517 candidates who sat the 2020 exams will transition to secondary schools, placement will be done based on merit, CS Magoha announces," he said.

The candidates whose results were released form the fourth cohort to be admitted to secondary schools under the 100 percent transition policy.

The CS said there are enough Form One places to allow all who did the examinations to join secondary schools.

"I wish to assure the country that the ministry has already conducted an audit of all new and existing vacancies in all our private and public schools to enable us to admit all learners under the Free Day Secondary Education programme. We are determined to work with the relevant agencies to ensure that no candidate misses a place in secondary school," Magoha said.

The CS further said that the performance of the 2020 KCPE candidates was commendable with no remarkable difference from the previous years.

"Entry assessment tests when schools resumed played a key role in assessing the preparedness of the candidates," he said.

Special needs candidates (2,407) performed better than in 2018 with the top candidate scoring 414 marks.

For a second year running, the government will offer 9,000 scholarships under the Elimu Scholarship Programme, which was initiated in 2019.

Reports from all our public schools show that the 2019 KCPE candidates who benefitted from the programme are doing exceptionally well in the schools they were admitted to.

"I wish to sincerely thank His Excellency President Uhuru Kenyatta for his intervention that enabled us to extend the scholarship programme to cover candidates from informal settlements in urban areas, which were initially not covered under the programme," Magoha said.

Early this week the CS announced that schools will open for Third Term on May 10, 2021 as scheduled under strict Covid-19 control measures that were introduced last month by the president.

Previous Story
Disquiet Over Delayed Form One Selection
Next Story

Disquiet Over Delayed Form One Selection